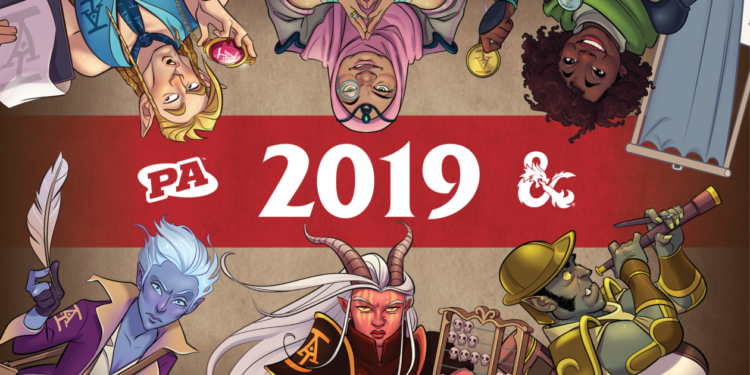 At PAX South 2019 some interesting news came out. Penny Arcade is partnering with Wizards of the Coast (D&D’s Publisher) to release an official Acquisitions Incorporated Dungeon Manual this summer. This is the first official third-party D&D book. According to the announcement, with the manual, “fans will be able to franchise their own branch of the famous finders collective.”

The book was originally being planned as a Kickstarter, but when WotC found out about the book, they partnered up.

Jerry Holkins described the book as “a cool book in general full of cool art, strange characters, and weird goings-on that demand to be inserted into home campaigns… It’s much more focused on personalities and the mysteries of the organization. We do feature a number of strange new items that go along with your role in the company, though I probably shouldn’t say much more than that.“

Read the full stories and interviews at:

Penny Arcade has been teamed up with D&D since the early days of D&D 4e when Chris Perkins ran a game for the Penny Arcade team that they rolled out as a podcast detailed their introduction to D&D. Since then, their little game has turned into a popular Twitch stream and live show at PAX events. The team has travelled throughout the D&D multiverse and has even expanded into multiple shows.

This also is not the first time that Penny Arcade has worked on a book with WotC. Mike Krahulik provided the cover of 2010s Dungeons & Dragons: Player’s Strategy Guide and the interior of the books contains lots of cartoony artwork.