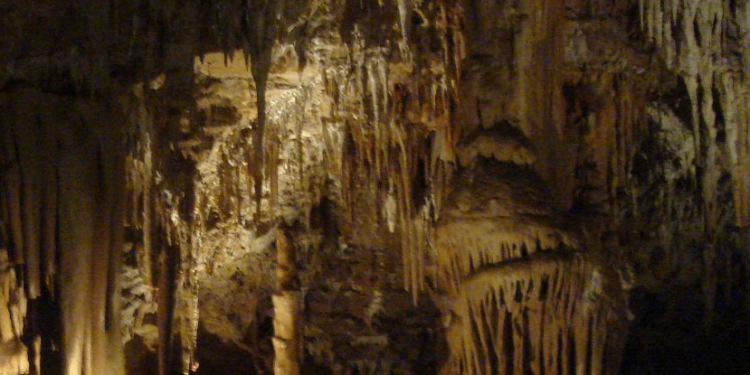 This week we delve into Zulpar, a lair of Illthid-Mind Flayers in the Underdark, beneath the Rakers mountain range in the north east.

Notes about the region : This area of the Underdark is cool in temperature and smells of mushrooms. It is the lair of some Illithids/Mind Flayers, their Duergar servants and Hobgoblin thralls.

The amount of opposition for the quests below (or just exploring the area) is up to the Gamemaster, however the Mind Flayers will try to capture people, food and slaves are more useful than corpses to them. 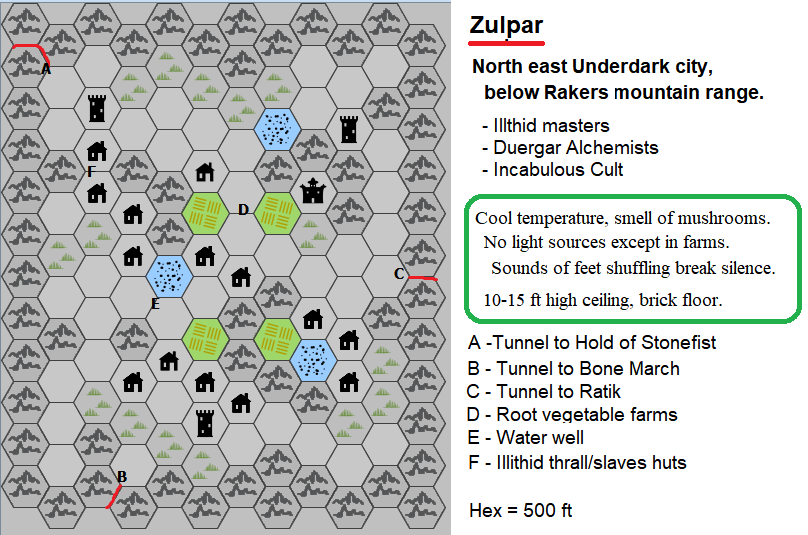 Shrine for the Incabulous cult is the most western house, which appears as rough cut rock home.

The Alchemists workshop is on the south eastern side, with various colored fumes swirling around the area.

Keep in mind the Duergar and Hobgoblins will protect their own kind over the others, and will flee the Mind Flayers control given opportunity.

The Duergar will also keep control of the area (and the slaves) if the Mind Flayers are removed.

The Mind Flayers care little for the slaves, but know other creatures have higher values. They will not fight to the death.

Tunnel : The caverns between the surface and Zulpar require 3 hours to 3 days travel, depending on how much Underdark exploration the group wants in the campaign.

These Quests can be linked to the north eastern cities of Marner, Knurl or Djekul.

Plot One : It’s a kind of magic