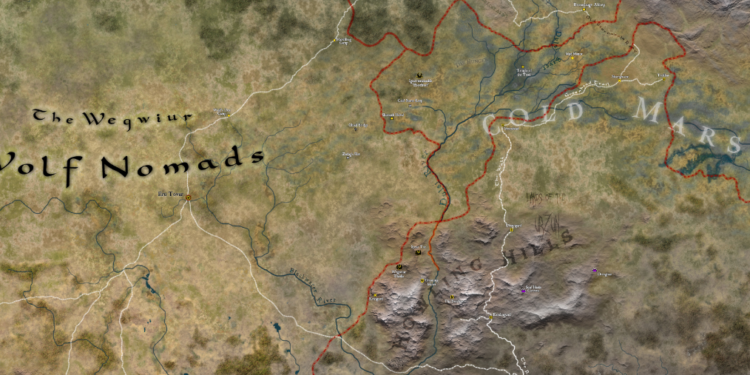 Greyhawk is the original campaign world for Gary Gygax, with stories focusing on the lands of Flanaess, the heroes and villains that inhabit it.

Wolf Nomads have skilled cavalry and ambushers. Politeness is key with Wolf Nomads, who forgive but do not forget rudeness. Wolf Nomads have tolerance for Lycanthropes who control their bestial nature, and exile those who cannot. They are considered chosen, with the context of blessed and cursed.

Eru Tovar is fortified village of huts with a wooded valley. There are many wolves in the area, most are pets and members of the Wolf Nomad tribes. Wolf statues in various poses made from wicker can be around in many places.

Temples : Beory, Istus, Trithereon. Beory shrine is a cabin woven from branches. Trithereon temple is a two story stone building with a cellar.

Adventurer/Mercenary – Recruit/Debrief location : Tree house on eastern side of town. 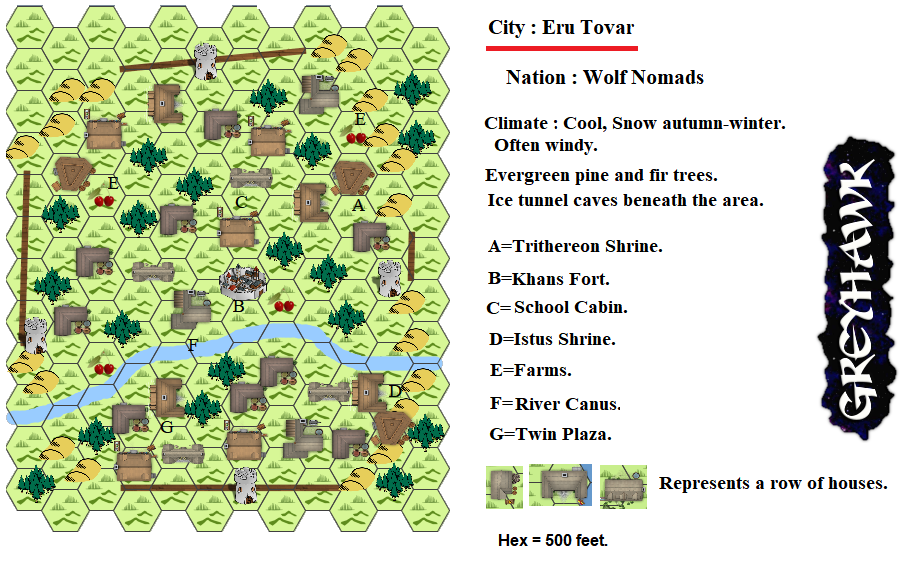 Other creatures in the area : Minor demons-Recruit folks to Iuz army. Elemental Air-Small, lost it’s way home to the elemental planes. Skeletons-around an evil shrine, will reassemble unless they are burnt.