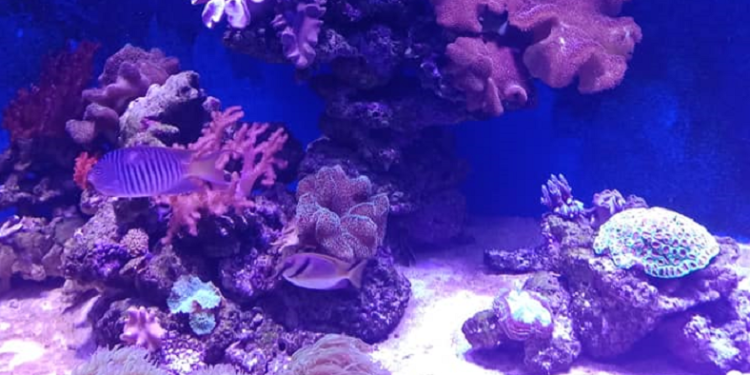 This week we delve into Syrmyr, a Sea Hag lair within White Fanged Bay, off the coast of Stonefist in the north east.

The water is fairly cold except around the coral reefs where warmer water swirls constantly.

Environment : If the heroes do not have access to Underwater breathing magics, the local Sorcerer offers a solution.
Wear a Cuttlefish Shell necklace, which allows the wearer to breath underwater for 3 hours and is then used up. He has 6 total.
– Optional side effect-Start turning into Kuo-toa if they go unconscious.

Pre Greyhawk Wars : Stonefist ships have been raiding everyone north of this area, and the Sea Hag migrated closer to shore for safety.

Post Greyhawk Wars : Horned Society bribed the Sea Hag to come to this area to plague Iuz and his allies. The Sea Hag is happy to give locations of a Horned Society lair in return for her freedom. 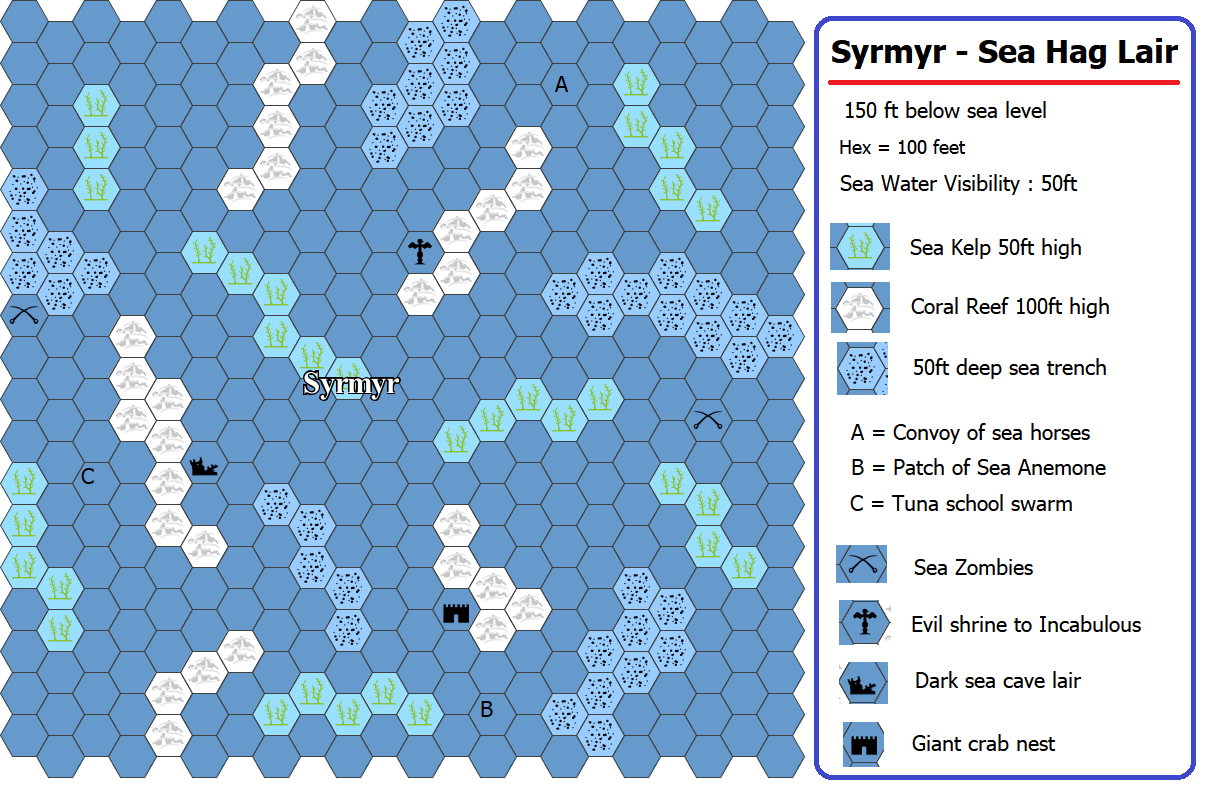 Sea Zombies – Observant heroes may notice the Sea Zombies are former Flannae villagers from the past five generations, by their clothes and family crest jewellery.

Sea Hag – If able to flee from hostilities, she will flee to her backup lair by a river in Forlorn Forest to the west, and come back to toy with the heroes another time.

Create a backstory that is good both ...