D&D 3.5eEberronHistory of the Classes 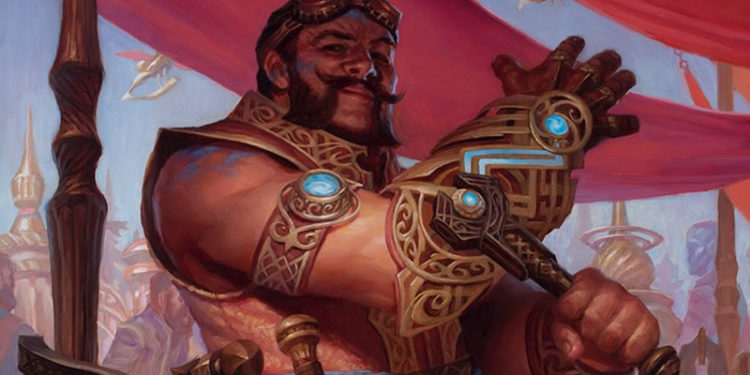 Welcome back to the History of the Artificer. Here in the third* article, we’re finally going to see a version of the class that is called an artificer, and is 100% different from the Clockwork Mage kit and the tinker class.

The theme presented here leans all the way into replacing technology (steam, clockwork, whatever) with magic. The artificer is a technician of magic items, including PCs who are magic items – that is, the warforged. This facility with magic items includes using magic items they normally couldn’t. I’m pretty sure this is the iteration of the concept that got its hooks into the D&D fanbase’s collective imagination, more than any other.

For any of this to make sense, permit me to refresh your memory of magic item creation in 3.x. Each category of magic item is its own feat that the spellcaster needs to pick up, which is why the artificer and a number of other classes get some item-creation feats as bonus feats. Buying the feat is permission to spend time, gold, and the spellcaster’s own experience points, but you probably have some number of other prerequisites to fulfill: just about everything has a minimum caster level, but many items also require that you cast specific spells for each day of work. Got that? Feats, time, gold, XP, character level, spell prereqs. The artificer is going to move the needle on several of those.

This list of features doesn’t really suggest what artificer gameplay looks like in action scenes, so I’ll tell you: you use a lot of wands, and make Use Magic Device checks every time. You can also pile on infusion improvements to your weapon and armor and wade into combat, but d6 Hit Dice doesn’t make that a particularly promising route. It also means you need either good Strength or good Dex in addition to your good Int and Cha. So… probably not that.

Overall, the mechanics rely on a very strong working knowledge of which books of magic items and weapon, armor, and shield enhancements your DM allows in the campaign. As I mentioned earlier, the class is in very bad shape without a lot of downtime. It’s very common, in my experience, to gain two or more levels in the course of an adventure, without significant downtime along the way. For an artificer, that’s effectively denying them their class features, and a whole level or more of craft reserve points are just lost.

The super fun thing about a class like this is having a vast bag of tricks tucked away. It sets you up to be Batman, or at least Lucius Fox; if not James Bond, then at least Q. Thematically, you’re even Tony Stark; mechanically… you could probably make that happen. Given time, you can imitate a staggering range of spells and magic item effects. We won’t see another artificer go anywhere near this far in breadth of options.

One last thing: the feats you can choose from as discretionary bonus feats are a lot more like optional artificer class features, and go on to become features in the latest UA artificer. Other classes could take them, but have far less reason to do so.

Attune Magic Weapon makes you one point more effective on attacks and damage with a magic weapon. This feat is going to wind up informing some 5e artificer features.

Exceptional Artisan speeds up item creation by 25%. This… sort of matters? Probably not enough to be worth a feat? As often as not, if you can afford 3 days, you can afford 4, and if you can afford 6 weeks, you can afford 8. Nice idea, doesn’t engage with the realities of pacing and fast-forwarding downtime. If you’re willing to buy this multiple times, though, it might start to really matter.

Extra Rings lets you use up to two extra rings. So close, yet so far, from putting you into the Iron Man rogues gallery.

Extraordinary Artisan reduces the gold cost of item creation by 25%. This definitely matters, and opens the door to a huge increase in the profitability of running a magic item business. You can buy this more than once, and its effects stack – but I’m not sure where to look for clarification on how they stack in the math, or how many times you can buy it.

Legendary Artisan reduces the XP cost for item creation by 25%. See above note on Extraordinary Artisan.

Wand Mastery grants +2 DC and +2 effective caster level on any wand you use. If you have enough wands to make them the core of your gameplay, this feature is a must-buy the moment you meet its prerequisites.

The artificer shows very little connection to the Clockwork Mage or the tinker, as I suggested in the opening. Like the Clockwork Mage, it’s a spellcaster (sort of) that does most or all of its spellcasting outside of combat, gets a magical pet, and interfaces with the crafting rules. That’s about it for similarities. Later classes named artificer usually do have superior crafting rules and use magical devices for their approach to action and combat scenes. I think they’ll all look like a reaction against the breadth of this iteration.

I had hoped to cover 3.5e Dragonlance material in this article, but looking at my wordcount, I think I’ll do us all a favor and push that off until next time. Never fear, though, it is absolutely on the agenda.