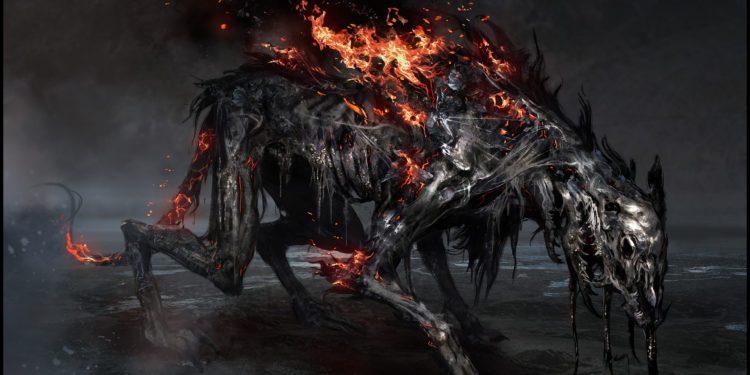 When a paladin group called Pelor’s Radiance decided to go into Avernus to free all people from the oppressive Soul Coins, they managed to do so but not without leaving some people behind. Some of these freed souls, for one or another reason, have stayed in Hell’s first layer as undead creatures, incapable of reaching the destinations they should be going to in death.

One of them, a half elf named Balizor Joetrozz, was about to finish his 15 years’ long study in devils and one specific piece of information was all that he had left for his glory days to arrive by giving it a closure. Belizor, so eager to become someone of importance to his Candlekeep comrades, sold half of its soul to Mephistopheles in order to gain access to all the secret lore in the archdevil’s layer. Upon noting that not even Mephistopheles knew of that small bit of information he was after, nor was it there any trace of it in all its archive, Belizor fell into a great depression. Two days later, he took his life in Candlekeep’s outskirts. His soul may have been freed from the contract by having its Soul Coin destroyed, but its will to finish its project maintains him grounded in Avernus.

On the distance, an eerie 20ft radius dark smoke-like gas fills an area. It feels alien to this place. Laments, similar to the ones heard from within Soul Coins come from within.

If the player characters get closer or try to border the gas, they’ll see a sloppy-looking elf resting on a rock next to it. If they are to approach the elf, read aloud the following text:

As you get closer, it is easily noticeable that the elf figure has feets in its hands place, as well as hands where its legs should be. The elf opens an eye and winks fast trying to remove dirt from its eyes. One of them looks swollen, with its pupil having taken a bright red tone.

The elf describes itself as Keldoras Nirtrygh’metas, a long-forgotten Candlekeep priest that came in search of answers to his studies. Unbeknownst to the players, he has forgotten what he was really after and got heavily tainted by demon ichor, driving him mad.

Keldoras has been in Avernus for quite some time and offers himself as a guide to traversing it. However, he doesn’t want to leave yet without his ‘partner in life’. Belizor Joetrozz, a half-elven man, is located within the mist in ghost form. Keldoras is too scared to go in by himself and was waiting for someone to give him a hand.

You can use the mysterious mist as a way to introduce characters from the PC’s backstories to the adventure. Some dead parent, friend or sibling could have been one of the freed souls by Pelor’s Radiance that didn’t manage to go where it belonged to when its Soul Coin got destroyed. There are several ways in which these people may have ended up in a soul coin, but probably the easiest one is making a night hag have tricked them at some point in their lives. If you do this, replace one of the already existing spirits with that character.

If the PCs enter the mist, read this aloud:

Upon entering the mist, a chilling sensation goes down your spines as the usual extreme warmth from Avernus starts to turn into a freezing cold temperature. The dark gas is breathable, but does not allow to see much ahead. Voices come from multiple directions in different tones until they all suddenly shut up and a single one gets to be clearly heard. 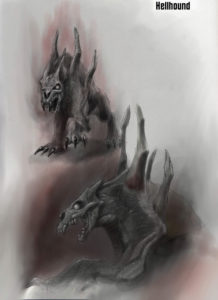 The voice asks the player characters what their reason for entering the Diseased Mists is. If asked to speak with Belizor, his voice will start being heard from all directions while in the mist. Belizor speaks in a depressive state not wanting to leave the place without first completing his studies. A successful DC17 Charisma (Persuasion or Intimidation) check made with advantage due to Keldoras’ presence can make Belizor clear its mind and finally rest in peace, leaving Avernus.

If Belzor’s soul is released, all three other souls in the mist will start to plead all at the same time to be freed as well. Unless the players come up with a quick idea on how to calm them, the voices will begin to twist until they begin to sound as howls. The spirits manifest themselves in the mist in the form of 3 hell hounds. If the PCs don’t get to succeed in convincing Belizor to cease his search for knowledge, he will turn into one as well.

Combat ensues in the mist. Fighting in it works weirdly; for more information, read the Environment section below.

The Diseased Mists work in a similar manner the Darkness spell does. It is a bit clearer but does not even allow creatures that can see through the Darkness spell to see while inside it. Only living creatures’ eyes may be seen while in them. Therefore, all attack rolls made by the player characters are made at disadvantage. The hellhound ones, on the other hand, are made normally. As if this was not enough, once you enter the mist, you cannot get out by ordinary means. Reaching a border will have you teleported to the other side of the spell. This works for the hell hounds as well. Spells don’t work in the same way and won’t have their effects teleported as well.

The Diceased Mists only dissipate once all trapped souls are released. Winds of moderate or greater speed (at least 10 miles per hour) are able to disperse it, causing the Diseased Mists to disappear. It reforms again in another random location from Avernus, taking all creatures in its interior with it.

Before turning into hell hounds, use the ghost stat block for the spirits if need be. Nevertheless, they will not attack while in this state.

Keldoras is an acolyte whose weird mutations altered its body and mind, He lost the Spellcasting trait, as well as the ability to properly wield a club, which he may do at disadvantage. By the time the players find him, he will have 5 days of rations, a priest’s pack, a club, 1 soul coin and 22gp with him.

Feel free to add the Pelor’s Radiance paladin group later in the adventure if you like having a group of people trying to do good in Hell. Some paladin player may even want to form part of it.

Killing all hell hounds makes the mist dissipate, only leaving crystals where those souls use to be. These are magic items called Crystal of Laments, and there is one from each hell hound killed. If still alive, Keldoras will offer to guide the players wherever they want to pay his part of the deal. His knowledge of devils may prove useful to the party. However, he may not be the most suitable guide due to his madness and will end up getting the players lost a small number of times.

Crystal of Laments. Using an action to destroy the crystal causes all creatures in a 10ft radius to make a DC15 Wisdom Saving Throw or become frightened for one round. 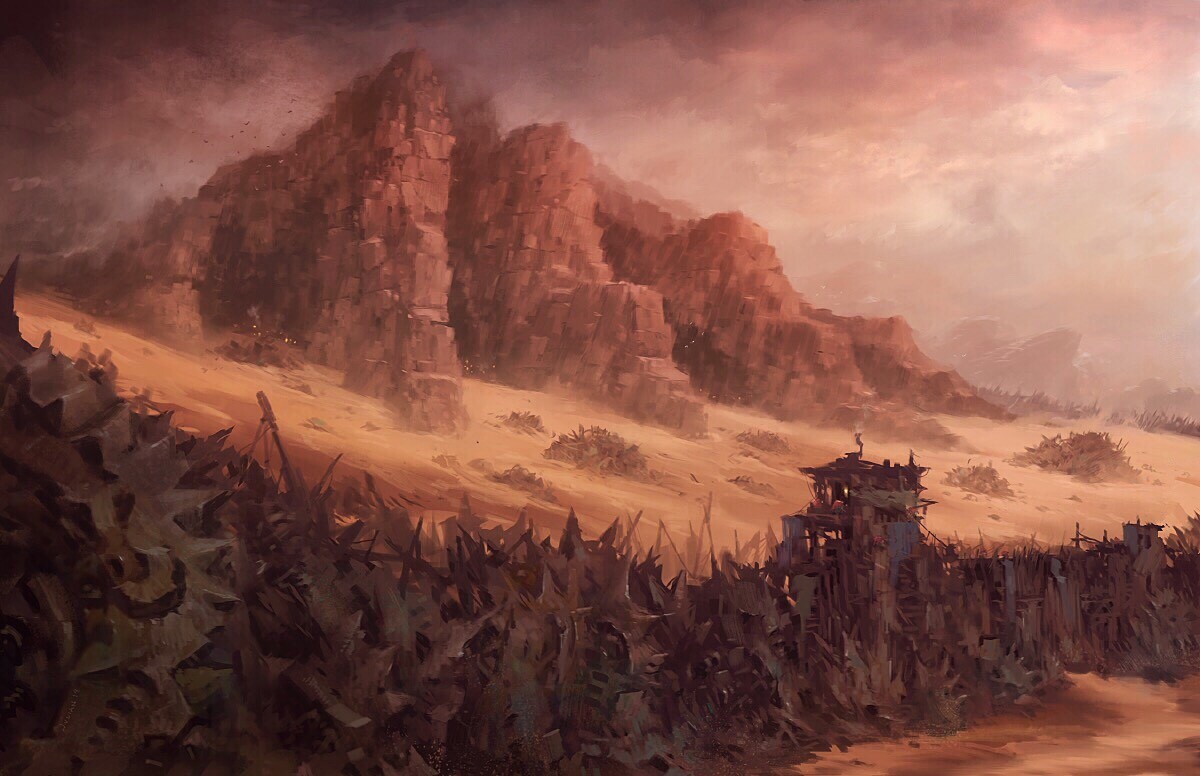 Craft of the Game: Creating a Minimum ...