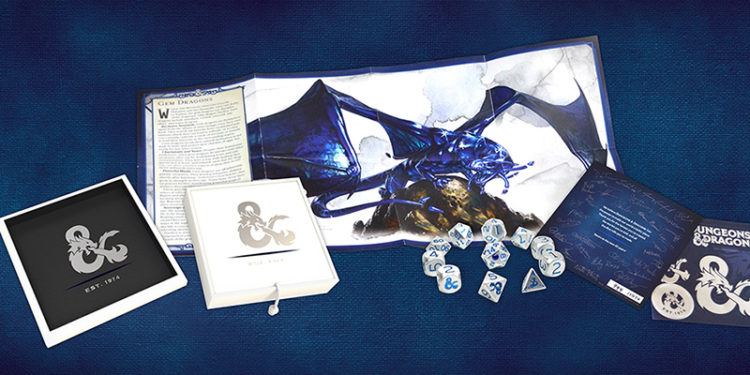 This press release just came in this morning. If you have some spare gold or diamonds lying around, you might want to cash them in for this pricey and limited set. I like that there are exactly 1974 sets available.

Join us in celebrating 45 years of Dungeons & Dragons – and 5 years of D&D fifth edition – precisely at 9AM PT today with the release of the D&D Sapphire Anniversary Dice Set! 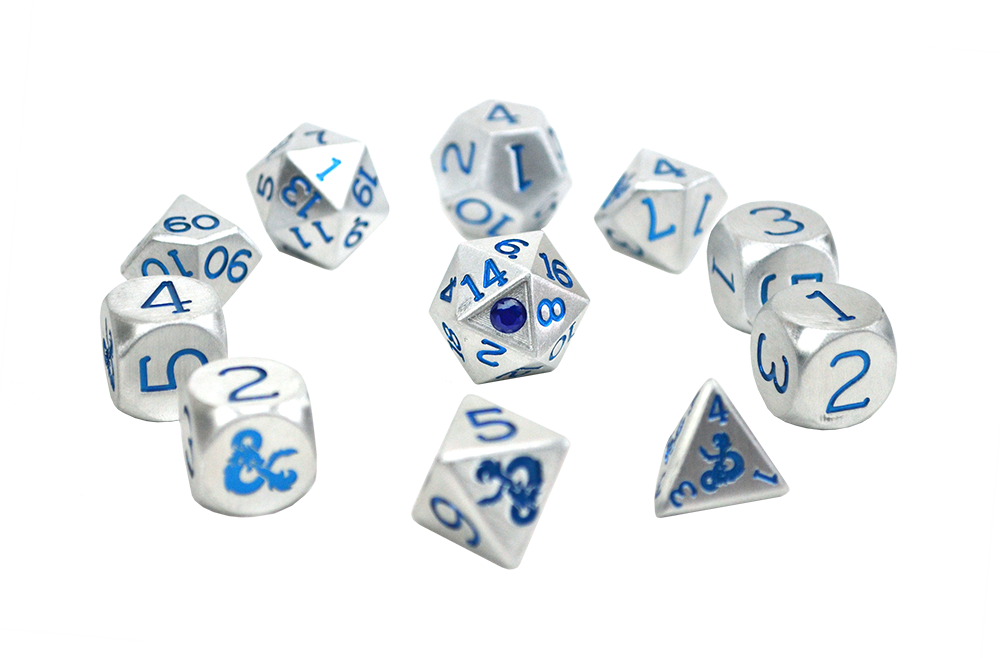 With only 1,974 sets available for purchase, commemorating both the year of D&D’s first publication and #5yearsof5e, the D&D Sapphire Anniversary Dice Set also celebrates the  explosion of D&D’s popularity over the past five years. The Dice Set is available exclusively through Wizards of the Coast: https://dnd.wizards.com/products/sapphire-anniversary.

The Sapphire Anniversary Dice Set includes eleven custom-designed aluminum dice from Level Up Dice, each including an engraved ampersand on the highest number with the exception of the d20 which features a non-mined sapphire, a nod to the traditional anniversary stone for both five years and forty-five years. The Set also includes a high-quality dice box and a matching dice tray displaying the ampersand, fifth edition D&D stats and details introducing the sapphire dragon, commemorative stickers, and a sequentially numbered collector’s card confirming the set’s authenticity. 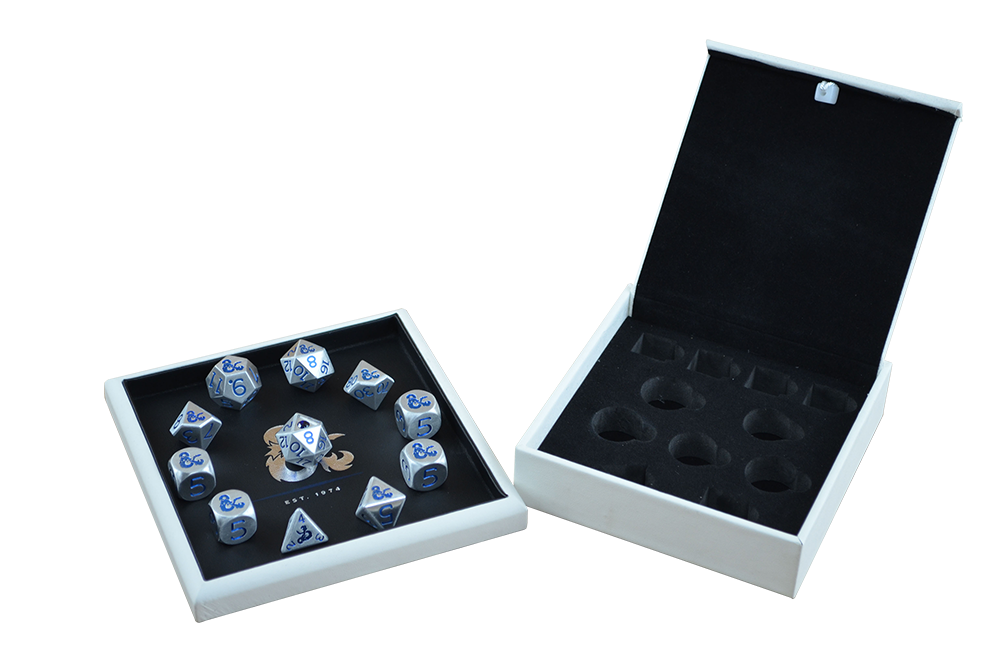