Spheres of Power & Might is Coming to 5e – Kickstarter 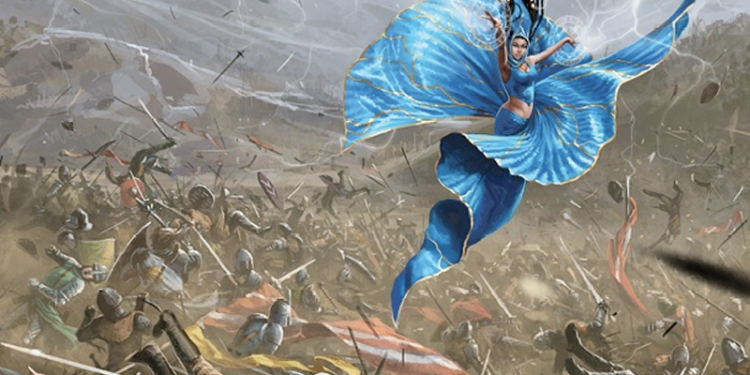 Drop Dead Studios is taking its Spheres system and making the jump from Pathfinder to D&D 5th edition, bringing tons of amazing options for character creation, world-building, and storytelling. Their Kickstarter is already funded and they are unlocking stretch goals.

Spheres of Power was a new approach to magic written for Pathfinder 1st edition in 2013 that changed the way magic-users and magical worlds were built. It took the ‘how’s’ and ‘why’s’ of magic and placed them into the hands of the players and the game masters, freeing them from the base assumptions of the game and giving them the power to create worlds and characters far beyond its common scope. Want to be a candy-mancer? A jedi? A thinly-veiled reference to a favorite anime franchise? All of this and more becomes possible with the Spheres of Power system!

With Spheres of Power, the very rules of magic and magic-power creation changed from spell-list based to concept-based, allowing for worlds where magic is fueled by blood sacrifice, diagrams and alchemical exchanges, and more.

Spheres of Might was the Ennie-nominated martial book written as a follow-up volume to Spheres of Power, and granted all manner of new tactical prowess to martial characters. With Spheres of Might, combat became much more cinematic, and the abilities of martial combatants expanded to include not only tactical combat where the battlers must out-think each other before landing the final blow, but also expanded what martial characters were capable of outside of combat, granting all manner of powers and abilities one might expect from a real-world knight, scoundrel, or inventor.

With both Spheres of Power and Spheres of Might, players and GMs gain a whole host of new tools, allowing for the creation of characters, worlds, and stories beyond the scope of the core assumptions of Dungeons and Dragons and its various editions and spinoffs. 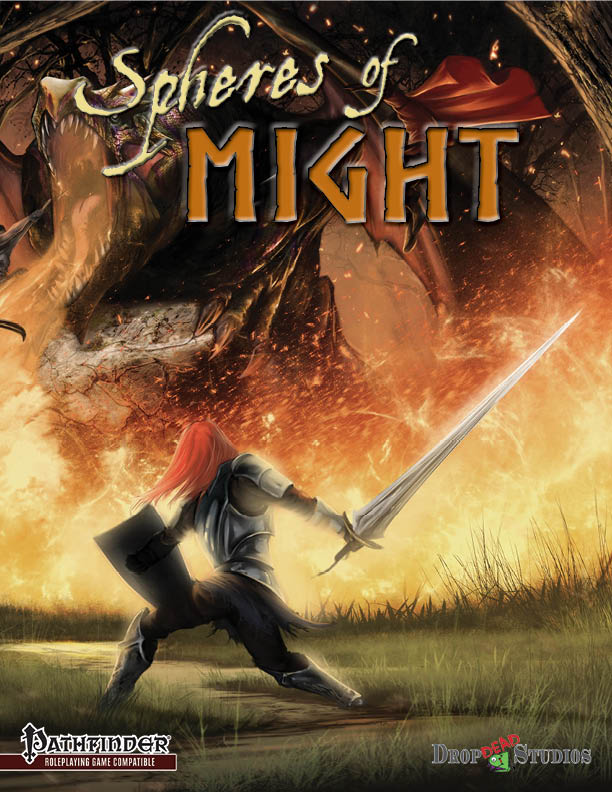 Drop Dead Studios is converting its successful Spheres system (including both Spheres of Power and the Ennie-nominated Spheres of Might) to Dungeons and Dragons 5th edition, through a Kickstarter that just launched on February 18th, 2020. Originally written for Pathfinder 1st edition, Spheres of Might and Spheres of Power are systems with years of pedigree behind them, and we are excited to get to finally bring these systems to a new set of players and an entirely new system.

At Drop Dead Studios we believe that tabletop rpg rules are meant to always serve the table and not the other way around. With Spheres of Might, players and DMs gain a new way to experience combat with greater cinematic and tactical possibilities, and with Spheres of Power, players and DMs gain a new set of tools that give them control over the ‘how’s’ and ‘why’s’ of magic, set of tools that place the ‘how’s and ‘why’s’ of magic not only expands the type of characters can be made, but also the scope of worlds, settings, and adventures, by taking the ‘how’s’ and ‘why’s’ of magic and placing them into the player’s and GM’s hands, letting them adapt the very nature of magic to fit their needs and make characters, settings, and adventures beyond the scope of the core game.

Visit their Kickstarter page to learn more and pledge to get your copy.

Disclaimer: Drop Dead Studios is currently an advertiser on our site.

Exploring the Criminal and Spy Background