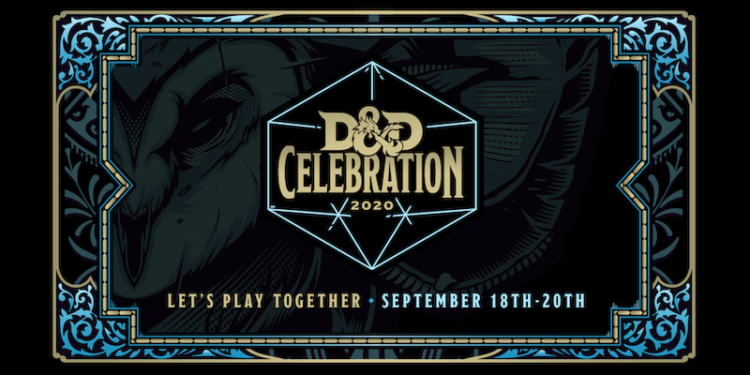 D&D Celebration is a big event. BIG! It features open seats for thousands of people to play D&D online. Then we get to preview some new content & new rules from Tasha’s Cauldron of Everything, watch D&D designers, and watch some people play D&D games. And the most important part of the celebration is donating for Extra Life! 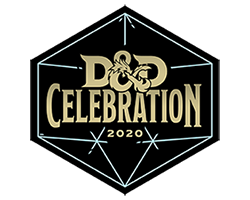 There are several ways to play either using virtual tabletops like Roll20 or Fantasy Grounds, or theatre of the mind. Voice play will be done through Discord, Zoom, or Google Hangouts.  The coordination of games is done through a Discord server setup through Wizards of the Coast with Baldman Games, and that link for the server is down below. All of the game times are in Pacific Time.

The games run over three days and each day the games are different. There are mini-adventures that run about an hour on Friday/Sunday, and then Saturday there is a large epic where everyone plays at the same time with several things happening across the tables. A lot of fun is to be had. I will be running games over the weekend on all three days using Roll20. Let’s see what is happening each day:

Friday’s Event features the game Ice Road Truckers for levels 1 & 2 characters. These are the same 4 mini-adventures that ran at D&D Live 2020 and at Gen Con Online 2020 (under the headings ‘Introduction to Adventure – Icewind Dale’ and ‘The Adventure Continues – Icewind Dale’). Below is a description that has been released.

A trek toward Icewind Dale turns deadly when an avalanche blocks the heroes’ passage through the Spine of the World. Rescued by a menagerie of strange creatures, the heroes are asked to return the favor in exchange for answers about what’s happening in the cold and frozen North.

An introductory adventure for the Rime of the Frostmaiden D&D Adventurers League season. It is optimized for 1st-level characters and comprises four episodes, each playable in 60-90 minutes.

For DDAL 10-00 Ice Road Trackers the general play order will be as follows:

Saturday, September 19th is the EPIC!

It will be the largest virtual D&D game ever played. There are 3 chances to play with more than a thousand concurrent players participating. The epic adventure administered by D&D Adventurers League all with the same meta goal to defend Icewind Dale with tons of Dungeon Masters working in concert at each virtual “table”. The Epic is for tier 1 player characters (levels 1 to 4).

To fight the despair brought on by the Everlasting Rime, an eccentric dwarf sponsors a fishing tournament she calls the “Great Knucklehead Rally.” The event draws the curious, the hopeful, and the cynical alike. And it also draws unexpected guests that test the mettle of the attendees.

A new multi-table collaborative Epic adventure for the Rime of the Frostmaiden D&D Adventurers League season. It is optimized for 2nd-level characters and is playable in 3 hours.

Sunday will feature a newly released game for levels 1 & 2.

An avalanche has stranded you and your allies in the treacherous Spine of the World, and a relentless blizzard is quickly blowing away all hope of survival. Gather the surviving members of your caravan and strike out for shelter. Strike out for life!

A new adventure beginning the Rime of the Frostmaiden D&D Adventurers League season. It is designed for characters levels 1-2 and comprises four episodes, each playable in 60-90 minutes.

If you have any questions you can ask questions in the official D&D Discord channels for D&D Celebration 2020. All proceeds from tickets for D&D Adventurers League play will go to support Extra Life benefiting Children’s Miracle Network Hospitals.

How to get ready to play at D&D Celebration

1st thing is signing up to play. You have to pre-register and pay. The games are filling up very fast. Go here for that: https://yawningportal.dnd.wizards.com. $10 fee per game session for the Epic adventure on Saturday, and a $5 fee for all other game sessions during the weekend

Signup is rather difficult so expect to spend a lot of time searching through to find a game type and time that fits your open schedule and needs. All of the games for the D&D Celebration are for low-level characters – 1st through 2nd level for Friday and Saturday and 1st through 4th level for the Epic.

Your entire ticket fee is donated directly to Extra Life, the charitable giving partner for the event.

D&D Celebration 2020 allows anyone to take part in the event from their own home. Gather your party, go online, and join us for a weekend of play, panels, and celebration!

Okay, maybe you missed out on signing up to play or Adventurers League is not your thing. Well, you are in luck. The next best thing is listening to people talk about game designs. I haven’t seen the list yet of the panels, but it should be good.  And then if you want, you can go watch strangers play some games.

So Wizards of the Coast has been working to donate to Extra Life for years. And they made a new t-shirt this year. to create special apparel – Shop for Apparel. If anyone wants to donate to get me one of the t-shirts, I would be SO HAPPY!!!

That’s most of everything about the event next month. If I left anything out. please let me know at michael@tribality.com