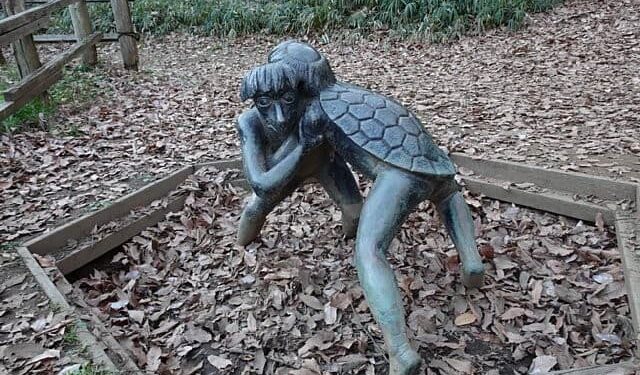 Welcome back to the world of STORM EDGE: THE ADVENTURES IN EIGHT ISLES! This week, we are introducing some of the new monsters from The Eight Isles that adventures may encounter near rivers, lakes and seas. See below for more.

Kappa, often known as water imps, are little green slippery creatures with beak, shell and webs between their fingers and a hard, bold structure at the top of their head referred to as “plates.” They are commonly seen around rivers and coasts and loves to play tricks on people or challenge whoever they can to a Sumo match. Though they are not big in statue, they are stronger than they look and if whoever lose sumo matches to them do not have anything they like (they like cucumbers) they could turn on you and you might find yourself at the bottom of the river. They are usually in a colony and follows a leader who are often females. Some Kappa are said to be the waiting women of high born lady who has drowned and transformed. 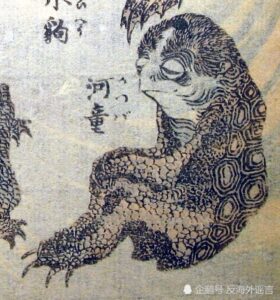 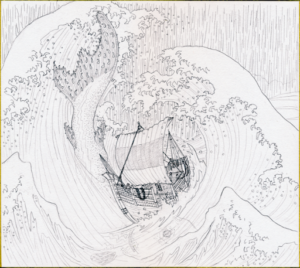 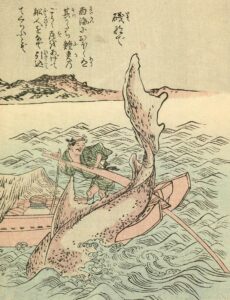 Isonade (meaning Shore Petter) or Shadow Shark is a dark, scaly shark-like sea creature with a large tail fin with hook like spikes. They are mostly seen near Magato or any seas with aberrant influences but they can be often seen close to the shore to hunt for preys. Isonade emanate shadow-like aura that makes them very stealthy. They would often get close to an unsuspecting fisher, attack them by surprise using their large hooked tail to “pet” and pull the fishers into seas to feed on. They are feared among seamen who’d tell of this devil shark that appear from the darkness between waves: “It’s too late when you realize they are there!”

Like their adult counterparts, Glimmer Dragon Wyrmlings reside in ponds, marshes and lakes, usually with their parent. They have yet to develop the ability to shape-shift into human form or see into future too much but they are generally friendly, though could very well play tricks on you. They are a good allies to have and often form connection with nearby human community.

And one more (though she is more of an NPC)… 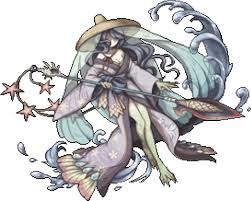 Lady of the River is a legendary leader of a Kappa clan in Ukushi, near the port town of Monji. The legend is that she is either a wife or a mother of a famous Heiga clan samurai warrior who were defeated and drawn in the sea north of Magato, the battle that marked the end of the Heiga clan and the infant emperor of their blood. It is said when she followed her husband to the sea, she was transformed into Kappa along with her ladies in waiting and pages,  thus becoming progenitors of Kappas in the area. It is said her husband, a renowned warrior, has become a horrifying crab creature along with his men and guard a city under the sea. They say she sings to him every night, dreaming of the day to be reunited with her long lost husband.