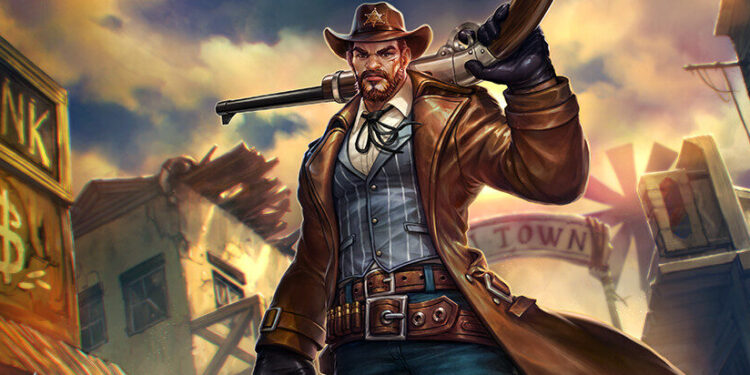 The Oath of Justice has paladins settle on being the law, or the impersonation of it. Law and order go hand in hand, and it’s these paladin’s vision that with a system, there is justice. No matter the end results, there is a reason for the law and everything it involves to exist, and they must be abided.

Paladins who swear this oath are often seen as people to look up to, while others find them to be similar to constructs in that they have one core function, and that is punishing criminals. In reality, these paladins often struggle with serving a system that might go against their moral code, but end up doing what is just even if it means going against their feelings.

You gain oath spells at the paladin levels listed. You can cast spells from this list that require melee attacks as ranged attacks from your spellcasting focus.

You can use your gun as a spellcasting focus for your paladin spells. You can use this weapon’s attacks in place of melee weapon attacks to use Divine Smite. In addition, spells that require an attack roll can be made with a firearm.

As an action, you focus your aim. For one minute, once per round, when a ranged weapon attack you make misses, you can decide for it to hit. You can not use this ability on a shot that you have taken a voluntary penalty for (such as with the sharpshooter feat).

As an action, you command a number of creatures (up to your proficiency modifier) of your choice within 60 feet to make a Wisdom saving throw. On a failure, the creature drops whatever it is carrying in its hands.

At 18th level, the range of this aura increases to 30 feet.

Your speed and senses are so refined that you can draw your gun in an instant and predict the moves of an enemy. You have advantage on initiative rolls.

Additionally, once per turn (equal to your proficiency bonus) as a reaction you can make a shot against a creature you can see that has targeted you or an ally with a weapon attack or spell.

You allow the very essence of law and order to course through you. As a bonus action, you become an avatar of justice for 1 minute:

Once you use this feature, you can’t use it again until you finish a long rest, unless you expend a 5th-level spell slot to use it again.

A Look Back at Tribality’s Articles and ...