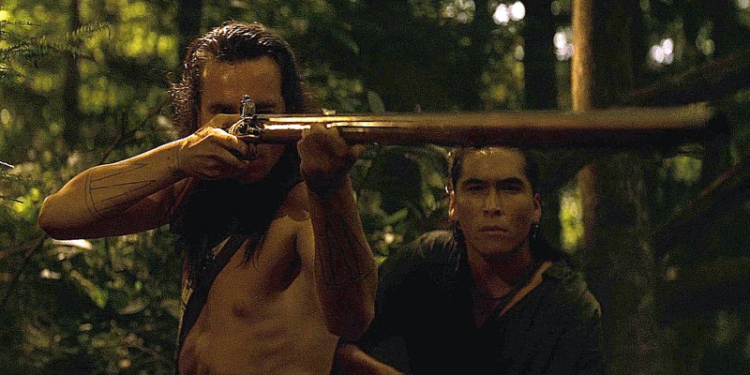 Week over week, we continue to develop new content for Seas of Vodari and show it off here, both because we like sharing cool stuff with our readers (literally why I started blogging and eventually joined Tribality), and because feedback on our drafts is wonderfully useful. Today I’m sharing the Sniper, a musket-focused gunslinger archetype. 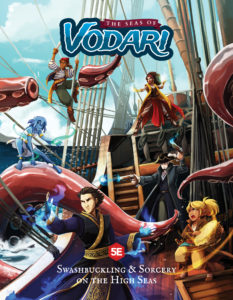 You’ll find the finished Gunslinger class and everything you need to run exciting seafaring campaigns full of swashbuckling action and magical adventure for Fifth Edition.

Get the Seas of Vodari at DriveThruRPG ›
Pre-Order the Hardcover ›

If you’ve read our previous draft of the gunslinger, you’ll recognize some of the changes we’ve made. The obvious one here is that gunslingers now get features from their archetypes at five different levels, as fighters do, rather than four as was previously the case. In general, designing a whole class to be about ranged weapon use is a complicated proposition, especially if you’re further narrowing the weapons they’re intended to use. They usually don’t have the depth of options that a primary spellcaster does, or the positioning and movement game that a melee combatant does.

It’s off-topic, but if you’re having trouble providing a threat to the archers and gunslingers of your campaign, consider effects (especially attacks by big monsters) that destroy any cover they’re hiding behind, and skirmishing or lurking creatures that outflank the shooter’s allies.

The development of increasingly accurate muskets and ammunition has led some gunslingers to become stealthy, precise hunters, in the wild or on the battlefield. They also become masters of keen observation and debilitating their targets in preparation for the kill.

Starting at 3rd level, you gain proficiency in one of the following skills of your choice: Perception, Stealth, or Survival.

Also at 3rd level, you gain the following bravado deeds.

Distracting Shot. When you hit a creature with a firearm attack, you can expend 1 bravado point to attempt to distract the target with your shot. The target must succeed on a Wisdom saving throw, or grant advantage on its next attack rolls against it until the start of your next turn.

Hidden Hunter. As a bonus action, you can spend 1 bravado point to use the Hide action. Add 1d8 to the result of your Dexterity (Stealth) check.

One Shot, One Kill

Beginning at 6th level, you gain advantage on musket attacks if your target is surprised. If you are invisible or hidden from a surprised target, your first musket attack that hits is a critical hit.

Starting at 10th level, when you observe a group of up to ten creatures for at least 1 minute, you can learn certain information about their capabilities and interactions. Choose two of the following questions for the DM to answer. It is almost impossible to deceive or misdirect your observation, even with magic.

Beginning at 15th level, you gain the following bravado deeds.

Headshot. When you have advantage on a ranged weapon attack with a musket and hit, you can spend 2 bravado points to make your target roll a Constitution saving throw. On a failure, the target is stunned until the beginning of your next turn. You can’t use this deed against creatures whose anatomy doesn’t include a discernible head.

Piercing Shot. You carefully line up your enemies behind your target. When you hit a creature with a musket attack, you can expend 3 bravado points and the target takes an additional 1d10 damage. In addition, you make an attack roll against every creature in a line directly behind the target. On a hit, an additional target takes 1d10 piercing damage. Each of the additional targets must be within the normal range of your firearm.

Suppressing Fire. As a reaction when a creature that you can see stands up from prone, you can spend 1 bravado point to make a ranged weapon attack against it with a musket that you have loaded and in hand. Your attack doesn’t suffer disadvantage from the target’s prone condition.

Improve your game with maps!