How to Roleplay in RPGs 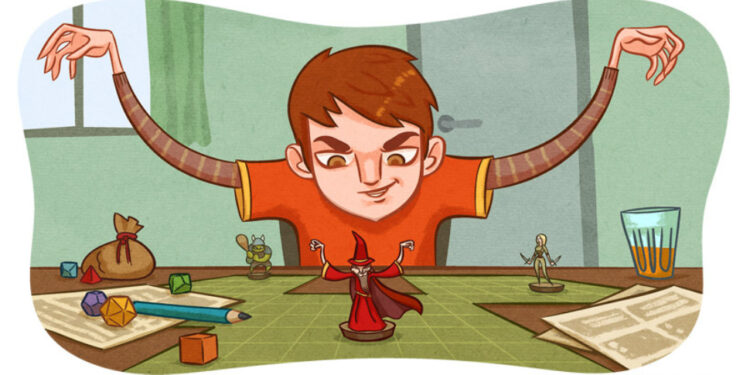 Thumbnail image from Wizards of the Coast

You have been invited to take part in a new RPG table. As the name indicates, this is a Role-Playing Game. You are nervous as you have never done something similar to this in the past. Where do you start? There’s also the chance you came here after having played numerous RPGs but are looking for some extra tips on how to become a better roleplayer. I went along the interwebs reading some articles, watching some videos and live games, and asked some questions in Twitter. Here is everything I managed to find out that I consider you need to easily become a better roleplayer.

Don’t compare yourself with the big names

There are several livestreams going on that include people playing RPGs for you to watch, the one with the most renown being Critical Role playing D&D. The first thing you need to understand is that most of these people are paid to be in there creating a story together, and what’s more, some of them are even actors. You don’t need a degree in Voice Acting, a Theatre Major or to have been the best one at your school’s plays to be good at roleplaying. You may never even reach that level of roleplaying skill. That’s ok! You can have games you find even more enjoyable than those you see in streams while sucking at roleplaying with your friends. There’s no need to be perfect at it.

Funny voices and great-sounding accents are not needed

You might find other people doing accents while roleplaying. Some even confuse the two, thinking that doing accents or changing your voice = roleplaying. This is certainly not true. However, even though doing these sorts of things aren’t all roleplaying is about, they can help set a mood at the table if all players are ok with it. Doing a squeaky voice when playing a gnome can grant a better sense of immersion for some players, so let them have their fun doing so. You can do the same for your orc druid by using a gravelly voice, but at the end of the day, it is really your choice, and shouldn’t be forced to do it if you don’t want to.

What if you want to do something of that sort but are a bit shy or you don’t like the way you do accents? First of all, even if you suck at doing accents, it’s probable you are playing in a sci-fi, fantasy, or made-up world so there isn’t really a “true way to do an accent”. Abstain from doing any kind of voice or accent that may upset others at your table or be considered racist, though. We all came to play to have fun, not to be bullies. If doing accents is not your thing, try changing your posture when you speak, use exaggerated mannerisms, or even change your pitch. If you want to throw your arms around doing Jojo poses, then you are roleplaying. One thing I’ve seen recommended around the internet is to have a catchphrase that defines your character, similar to the “I have a bad feeling about this” Star Wars characters have. Saying that may help you get better into character and roleplay more. 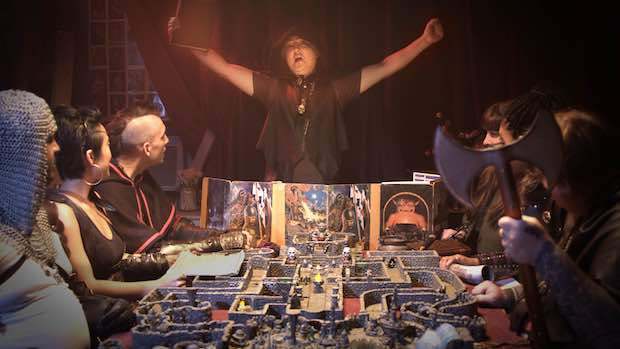 Tie your character to the story or other characters

One excellent way to make roleplaying easier for you is to get everything ready from the start to make roleplaying your character in the campaign easier. Talk with your GM and allow them to help you create your character backstory. If you are looking to create a thief kind of character, you may ask your GM to tell you NPCs you may know from the start, or which neighborhood your character could be from. Once that is sorted out you will end up with a list of things you will be able to easily interact with.

The best roleplaying moments usually come from roleplaying with your fellow player companions. That’s why tieing your character’s backstory to their characters is usually such a great option, and it also makes it far easier for GMs to have all characters meet up. Have your character be a childhood friend or cousin from another one. You could even play siblings or parent and son, creating even better roleplaying opportunities. Having a connection creates an excuse for your characters to chat, and it’s usually those sort of relationships that create the best moments. If you want some extra help with this, there are tons of people that ported the Fiasco RPG relationship system to D&D. Look it up, there are lots of great ideas using it!

When attempting to roleplay better, you can make changes in certain ways to them (or create them that way) to make roleplaying even easier and funnier.  Playing against type is one of the options I got recommended the most. Playing the halfling barbarian, the half-orc wizard that gets bullied for looking so tough, or the rogue that actually had neither of their parents die and is very loved by them living a life away from crime. Doing exactly the contrary to tropey characters can help you come up with more original ideas, which usually makes getting into character way easier. Another tip is embracing low stats instead of fearing them. Maybe your detective is extremely clumsy but can create hilarious moments finding clues by accident or being socially awkward when interrogating suspects due to their low charisma.

What happens if you don’t want to create something original? That’s ok too. There’s a reason why archetypes are constantly being reused in cinema. It is because they work! Grab your favorite tv/book/movie/videogame/anime/etc. character and create your character based on them. One of my first characters was a pilot from a spaceship that was Han Solo and Johny Bravo combined. You can imagine the terrible monster I created mixing those two characters into one. However, getting into character and roleplaying him was extremely easy for me. Whenever I was presented with a situation, I would think “What would Han Solo or Johny Bravo say in this situation?” and I would instantly come up with an answer. Don’t fear basing your characters in protagonists from popular media.

Get out of your comfort zone

If there is one thing that is extremely freeing is being able to roleplay with your friends. Let’s be honest, no one is going to judge your character for taking stupid decisions, rolling the “r” too much, or rolling a failure after you describe with epicness how you were going to push a boulder. They are your friends after all, and they should accept the weirdness in you. If not, maybe you should find another group that accepts you more as you are and want to play? (all of this is considering you aren’t playing a chaotic evil edgy mastermind that doesn’t stop ruining fun). Personally, I’m a bit of an introvert but when I am around my friends I can make even the cringiest of voices without any problem because I feel in a safe space. Try to create that sort of feeling in your own table and you will surely rock roleplaying!

There are ways to little by little come out of your comfort zone without making a big jump. You can start by roleplaying even when you are not talking. I do this all the time, and it creates a far more believable experience at the table. When one other character is doing the talking and says something weird if your character would find that strange you can raise one eyebrow or silently nod. Doing a side hug with another player (this needs to be ok for the other player as well) while talking can make the other players imagine your character doing it as well with the other player character. Even by doing these silent actions, you are roleplaying, and that’s a big step. Don’t be scared to get out of the comfort zone, that’s where you become wilder and can roleplay even better. What matters is you have fun, and this doesn’t feel forced. Take your time if needed. If you don’t want to, just describe your character’s actions in the third person. This is easy to do, and you are roleplaying as well. 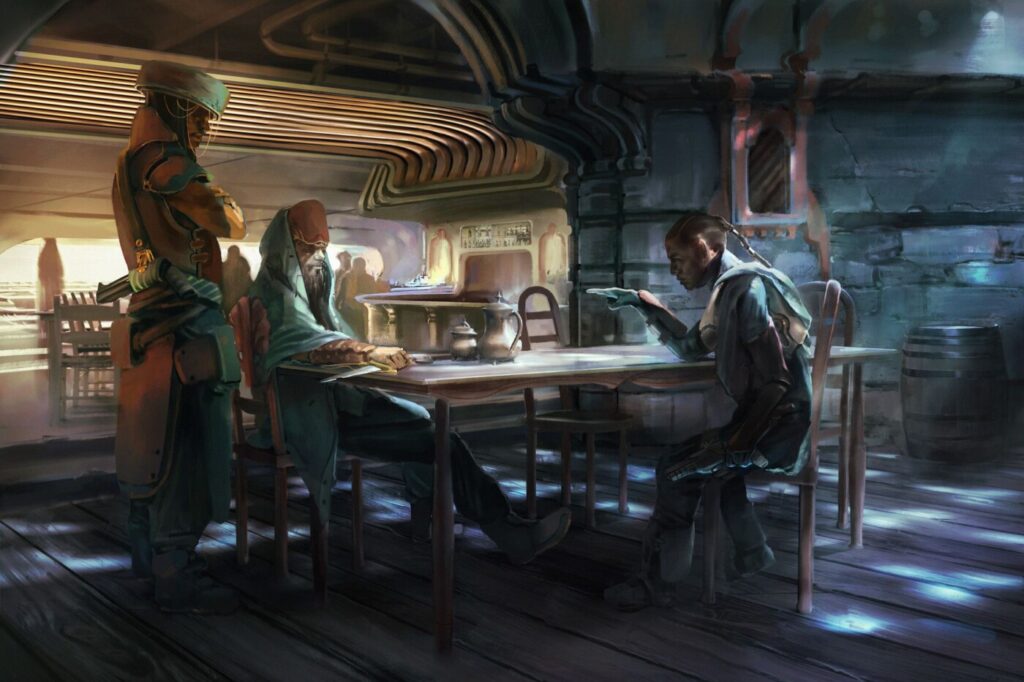 Art from Star Wars: Edge of the Empire RPG

RP with other players

If there is one thing we GMs love the most is when we can just shut up, lean back, and hear the players roleplaying between themselves for a while. As a player, don’t be scared to do this. There’s a high chance your GM would love it. If you followed at least some of the steps above you may find several tips on how to make roleplaying with other characters easier. Create connections, state mid games that you and the other player character are going to have their characters hate themselves but be made to work together (this is a trope I love, and allows for great RP moments and character growth). Steal characters’ relationships from popular media, as in Thor and Starlord quarreling to see who is the real leader of the spaceship, or a Team Rocket duo that love each other, present themselves with a huge introduction and have terrible plans.

Roleplaying requires practice and doesn’t need to feel forced. If you came to read this article, there’s a high chance you came to improve your roleplaying. Most of these tips require you to be more open-minded, practice, or to talk with your group. Some might feel easier to do than others. Start with those and go at your own pace getting better at roleplaying.

Did you find any useful tips in here? Do you have others you use that you would like to share? Let us know in the comments below!

Some other ways to add in an additional level of roleplaying to your D&D games include creating party roles for your characters. If you want to find out more about this, click HERE to go to the article