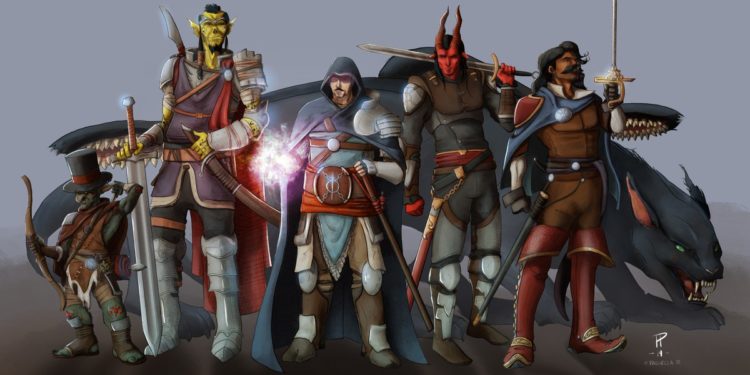 Whenever I hear some old school D&D player say players had to map out dungeons and continents back in the day I get astonished. There’s something about that style of play that I love (as you may have noticed from this past article). It grants a feeling of survival and discovery that can’t be easily replaced with DMing techniques. I’ve tried letting my players map out dungeons when I started DMing but they didn’t like it at the time. Maybe it wasn’t the best approach. Or maybe it’s just that I’ve been mostly DMing and I don’t fully comprehend the burden it can become.

My belief is that one can create that same feeling of adventuring and have the players like it. They just need a little push in the right direction. That’s what I’ll try to experiment with. I have planned for these rulings to be tested by my players in some future campaign. However,  I wanted to release them earlier to the wild just in case someone can get some use out of them. Who knows? Maybe some of you try it out, give some feedback and I can release a revised version in the future. Ok, without further ado, let’s get to the fun part:

How can we make the players like these mechanics?

This is probably the most difficult part of them all, mainly because I may be entirely wrong in my belief. My theory is that players don’t have a full grasp of what it is they really like because they don’t fully know the potential behind it. If you tell someone to write like a chronicler everything that transcurs in a game in character between sessions, it is very probable that player will look at you with a frown and tell you that’s extremely boring, and that they won’t do it. You need to give them something in return. Once you have your players doing these “chores“, you just need to remind them of their beauty from time to time. I will tell you how to do that below for each specific thing.

How can we create something so good your players will consider if not straight jump into what you are asking them for? You need to give them new mechanical improvements. My players all love the crunch D&D has to offer, and I’m sure they’ll do these kinds of activities if you give them something great in return. If your player is not as interested in mechanical improvements you can either leave it for some other player to take the activity or modify the benefits to suit their taste.

Since I first saw Matthew Colvile’s MCDM D&D Campaign The Chain for the first time, I instantly fell in love with the ranking system he offered the players. For those who don’t know, nor want to watch the stream, these consist of a number of roles Matt (the DM) gave the players to choose. They could only pick one, and each of them would grant them a different mechanical benefit that wasn’t (or didn’t intend to be) unbalanced. This had the players choose tactically to pick the options that better fit their combat and party style. At the same time, this worked as a rank in the mercenary guild they are from. Therefore, this doesn’t only offer mechanics, but also a roleplay element. Whoever chose the commander as a role would be responsible for the entire team, but they would gain an awesome benefit out of it. I’m not here to steal all roles Colvile created but to create my own. The Acquisition Incorporated book also has some of its own, but I don’t have a copy of the book, meaning I can’t base my ideas on them. 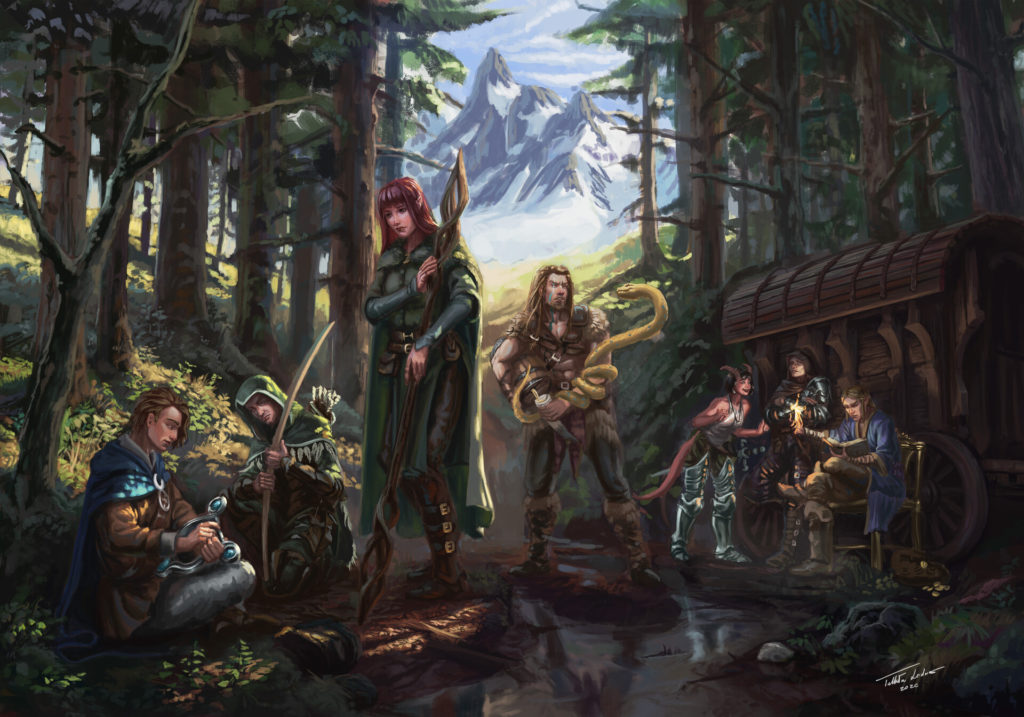 A player may choose one of the following roles. These work in the same way Feats do, except one may choose a role any time the character levels up. You may not have more than one, and they can’t be shared among multiple party members. Whenever you level up you can decide to change your role for another one that is not already taken. As these roles provide useful benefits for the party, they may distribute the roles between them to gain as many benefits as they can. We want them to do that. This creates roleplaying opportunities. What’s more, these only work as long as the players with the roles continue doing their activities This means players will keep reminding those with roles to keep doing their activities to ensure the benefits keep affecting them.

As a continent cartographer, as long as you keep a constant map of the continent updated you will gain the following benefits:

Designer Thoughts: This role works best when you tell your players in advance they will be playing in a fully uncharted continent/realm/territory. Notice that I used the word “Continent”, but this may be replaced by whatever you want your players to graph. Maps should be extremely valuable and expensive in your world, as well as difficult to find. Don’t force your player to make a precise map. All the contrary! Making an abstract one makes it far more realistic, only drawing the important landmarks.

We want players with this role to be the guides and to get excited to draw out new locations and when they find a fellow cartographer to trade maps with. Maps the players buy should have points of interest such as secret dungeons, hidden cities or maybe some drawing that may depict something. Players may also find maps in corpses with the classic “Here be dragons” writings. Incorporating other explorers’ maps into the ones they already have can work as something similar to a puzzle. Make sure to have all maps you give the players incomplete. We want the continent cartographer to complete them 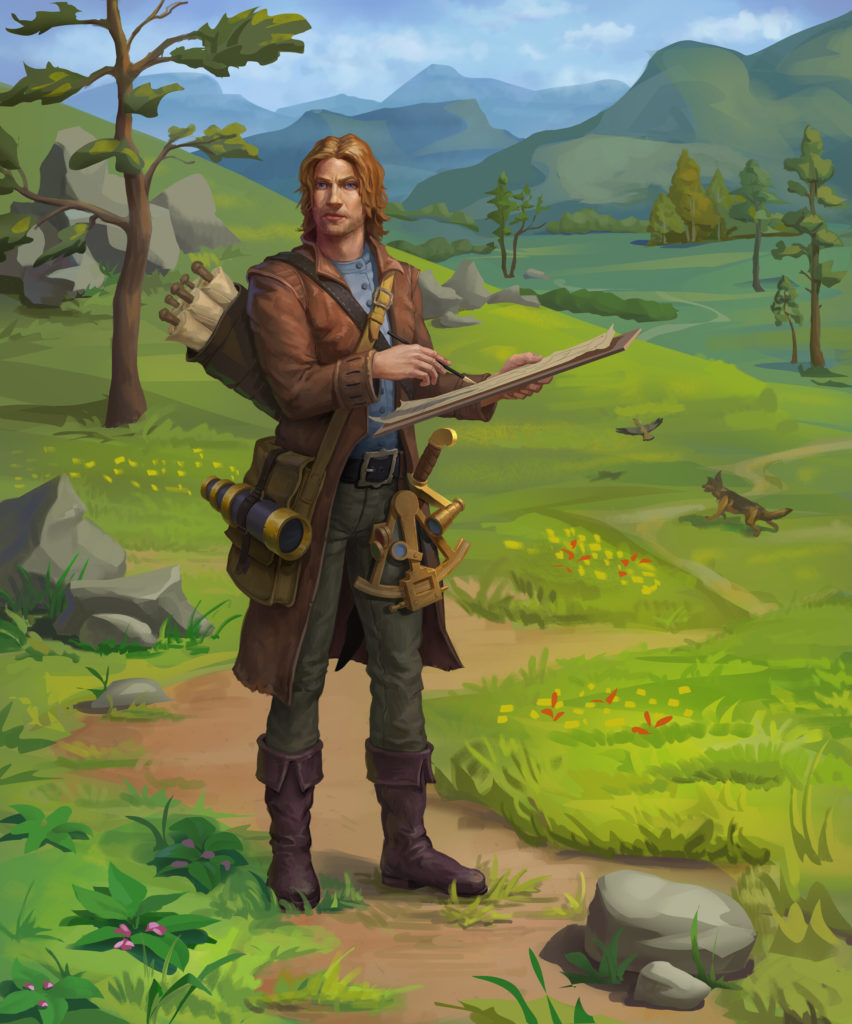 As a dungeon mapper, you are in charge of mapping the whole interior of dungeons and/or locations the DM would describe as a dungeon. As long as you continue to map out the dungeon you are in, you gain the following benefits while inside the dungeon:

Designer Thoughts: Dungeon Mappers work best when dungeons aren’t a simple cave but places with their own story. You can learn how to properly do that as a DM by checking out my article on it. These also work extremely well when you place great dungeons or megadungeons in your world. That way, you can have people sell maps of already explored places and traps that have been found in it. Have these maps be expensive, meaning the players will have to decide if they want to have a map of a certain section of the dungeon, or take a leap of faith. Placing corpses in dungeons within traps with maps from everything the adventurer managed to discover until they met their doom is also a great idea. 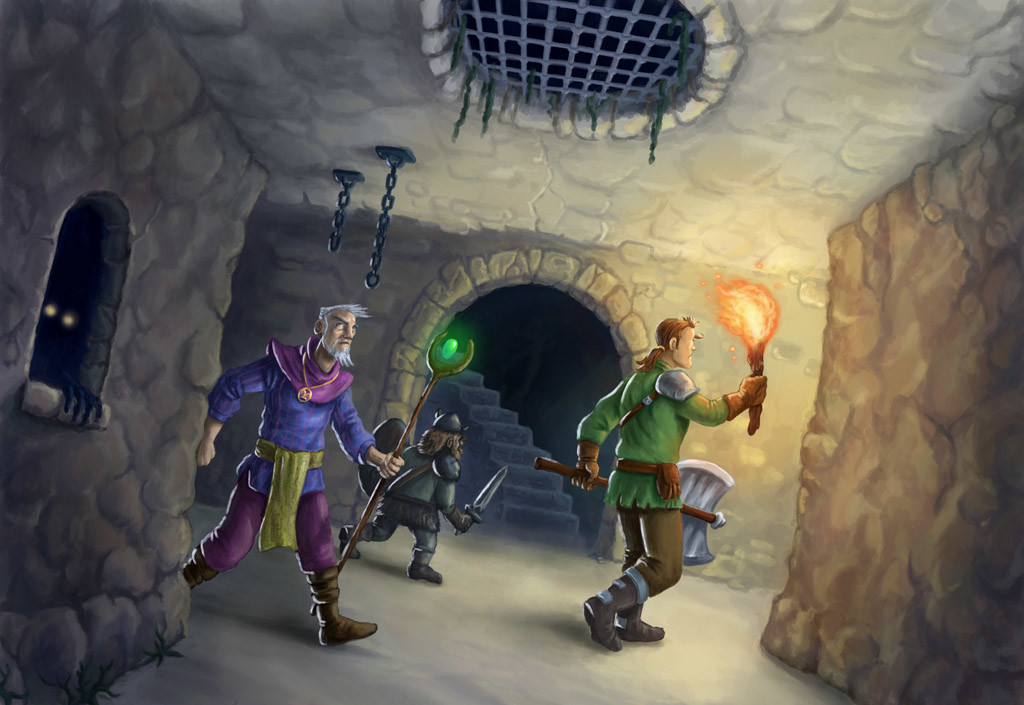 As a chronicler, you are in charge of chronicling your adventures for other future adventurers or members of your guild to read. As long as you maintain a chronicle by writing what happens on each session you gain the following benefits:

Designer Thoughts: This might be the role that grants you the best benefits. Being able to ask questions directly to the DM and have them truthfully reply to them means you have a lot of control over the information your party knows. This makes players want to have a chronicler. What’s more, it is better for you as a DM to have someone writing the players’ point of view somewhere so you can check what they know and what they don’t, which seeds you planted did they catch. 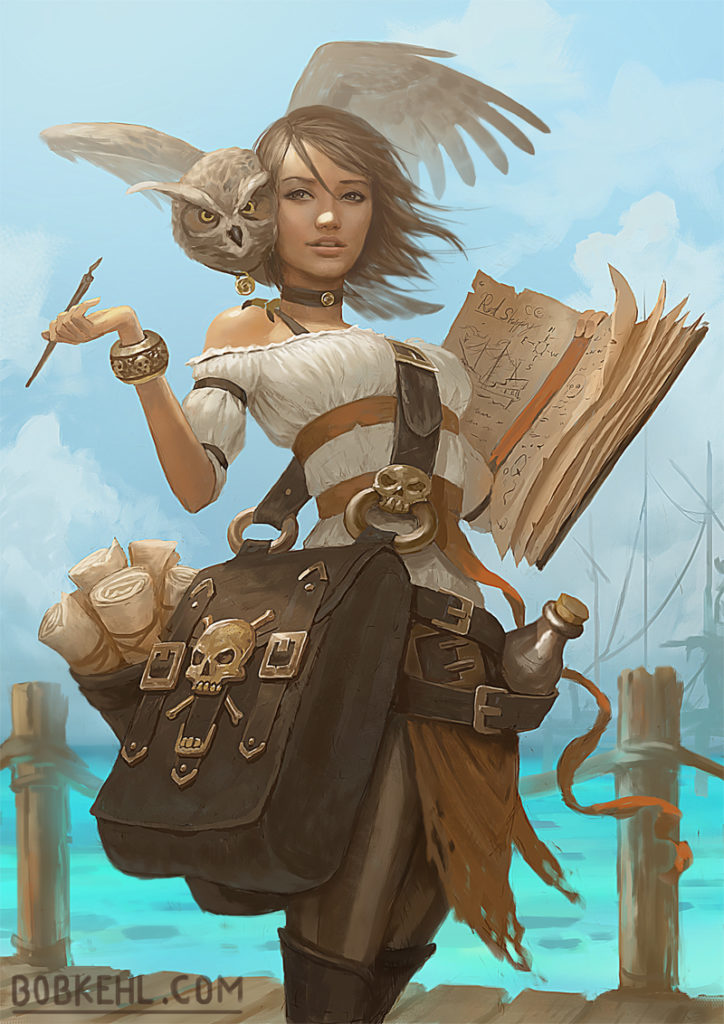 So far these are the ranks that I could come up with. I’m looking to create more, but I haven’t still found enough mechanical benefits for the things I came up with. I believe I might create another article continuing with more ranks in the future if you end up liking it. On another note, feel free to try these out and give your opinions about them. If you come up with one rank of your own, why not share it in the comments below?

Questions with Some Answers