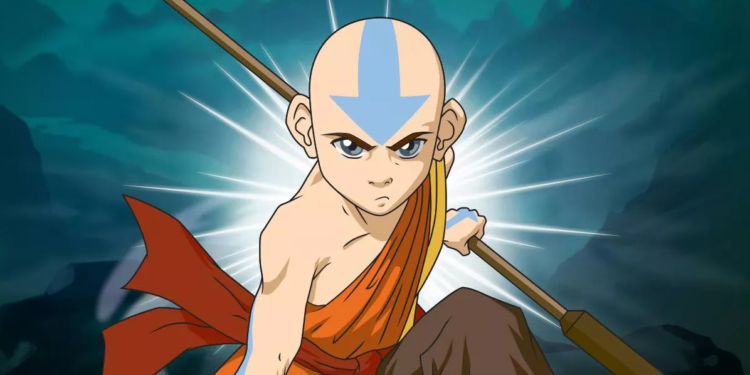 I saw this press release and thought I would share it with everyone. Could be a very fun game and an awesome world to explore. I’d pick it up just to get some of the locations and playing a bender is promising.

Magpie Games Inks Deal with ViacomCBS Consumer Products for Roleplaying Game Based On Avatar: The Last Airbender and The Legend of Korra

Albuquerque, NM–February 03, 2021–Magpie Games has secured a multi-year licensing agreement with ViacomCBS Consumer Products to produce a tabletop roleplaying game set in the world of Nickelodeon’s animated series Avatar: The Last Airbender and The Legend of Korra.

“The stories of Avatar are so moving for us because they are joyous and heartbreaking,” says Mark Diaz Truman, CEO of Magpie Games. “We’re incredibly excited to bring the tales of brave benders and loyal friendships to tabletop roleplaying games; we know so many fans of both series have been waiting years for this moment! We’re also thrilled to have the opportunity to work with Asian designers like James Mendez Hodes to bring the world of Avatar Aang and Avatar Korra to life in a way that’s true to the authentic, diverse spirit of both shows.”

“We believe Magpie Games is the ideal partner to develop a roleplaying game based on Avatar: the Last Airbender and The Legend of Korra” says Pam Kaufman, President, Global Consumer Products, ViacomCBS. “Their commitment to supporting diverse content from diverse creators along with their exceptional game product made them the right choice to bring the world of Avatar to tabletop roleplaying games.”

This roleplaying game is a unique opportunity for fans of the show to return to a beloved setting—this time as the heroes of the story! Rising to meet their destiny, players will make characters using playbooks—templates that help players build and play compelling protagonists in the world of Avatar: The Last Airbender and Legend of Korra. Together they might protect local merchants from the Triple Threat Triad in Republic City, travel through a spirit portal to rescue a child taken into the Spirit World, negotiate peace between feuding communities within the Earth Kingdom, or pursue mysteries (and villains) that arise throughout their adventures!

The roleplaying game’s Core Book is slated for a February 2022 release with two supplements to follow in August 2022 and February 2023 titled Republic City and The Spirit World respectively.

Launched in February 2005, Nickelodeon’s Avatar: The Last Airbender ran for three seasons (61 episodes) and emerged as one of the most beloved animated properties in history, drawing 5.6 million viewers during its series finale. Created and executive produced by Michael DiMartino and Bryan Konietzko, the series is translated in 32 languages. The property has translated into a successful ongoing graphic novel series, which includes 25 volumes and counting. A combination of the titles has spent 70 cumulative weeks on the New York Times Graphic Books Bestseller list since 2012. The DVD and Blu-rays are a successful consumer products business, with the “Avatar: The Last Airbender: The Complete Series” generating nearly $5MM since its 2018 release. The epic story of Avatar: The Last Airbender follows the journey of Aang, a 12-year-old boy torn between fulfilling his fate as the long-awaited Avatar, who can master all four elements and bring balance to the world, and just wanting to be a regular kid.

Nickelodeon’s The Legend of Korra

Launched in April 2012, Nickelodeon’s The Legend of Korra ran for four seasons (52 episodes). Its first season premiered as basic cable’s number one kid’s show and drew 3.8 million viewers per episode, the highest for an animated series that year. Created and executive produced by Michael DiMartino and Bryan Konietzko, the series is translated in more than 25 languages for Nickelodeon branded channels internationally.  The property has translated into a successful ongoing graphic novel series written by TV series co-creator DiMartino. The first graphic novel storyline, Legend of Korra: Turf Wars, has captured various Top 10 sales spots across children’s fiction, YA science fiction, and graphic novel categories since its debut in 2017. The epic story of The Legend of Korra, set in the world of Avatar: The Last Airbender 70 years later, follows the journey of Avatar Korra, a 17-year-old girl striving to live up to the legacy of her predecessor Avatar Aang, while using her mastery of all four elements to confront political and spiritual unrest in a modernizing world.

Under the Seas of Vodari Now on ...