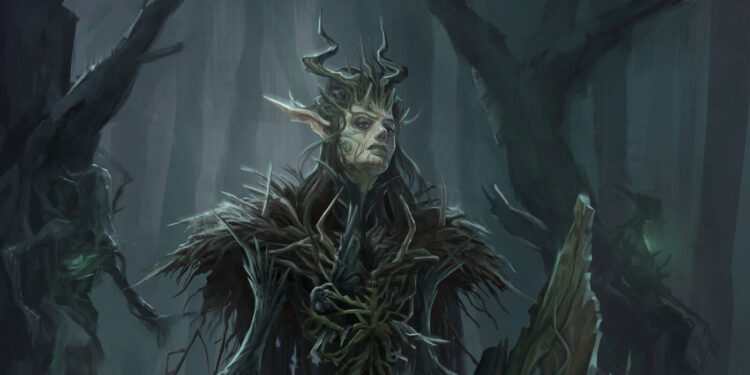 We are rapidly getting close to 20 Monthly Encounters released! Do you think it might already be time to release a product featuring some of these? Be sure to let me know in the comments!

A wizard decided it was finally time to create their own wizard tower hid in the middle of the wilderness. Only the materials were needed, as magic was going to do the rest of the job to create the massive tower. The wizard rented some workers to gather some logs from the forest.

The forest has been touched by the Feywild since centuries ago, but those fey creatures inhabiting it have managed to keep it a secret for this long. Aria the dryad was having a walk through the forest when her tree got chopped down by these workers. She collapsed to the ground in suffering due to her connection to the tree. This developed extreme hatred towards outsiders and a belief that intelligent creatures are a source of destruction and must be transformed into fertilizer for the forest. Aria formed a group of dryads and satyrs to help her out on the mission and thus, they self-labeled themselves ‘The Dryad’s Conclave’. 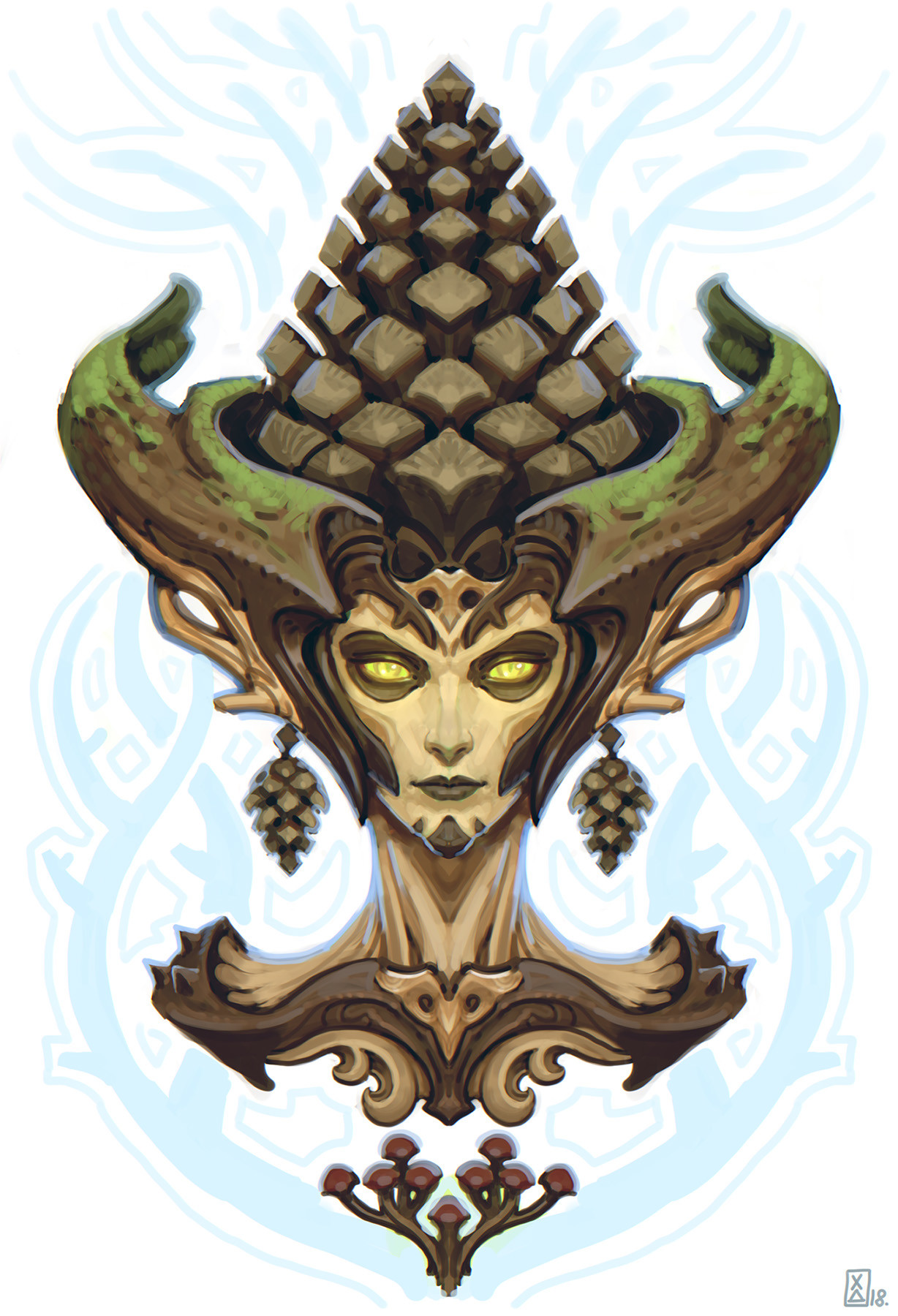 The player characters might approach the dryad’s conclave by having any of the following adventure hooks:

The forest has the following details:

Overgrown grass and weed. The whole area is considered difficult terrain. Creatures in it can only see 10ft. ahead. Any sort of fire has a 50% chance of having the grass catch on fire. If this happens, the fire grows 10 feet in all directions on initiative 0. Creatures standing on the fire take 3d6 fire damage at the end of their turns. The fire extends to trees and brushes and may consume the whole forest if not stopped. The fire dies out 10 minutes after it starts if it stops spreading. If not stopped accordingly, it can last up to 5 days.

Light. Due to the overgrown leaves and canopy, only a small amount of light illuminates the forest. It is considered dimly lit.

If the Player Characters decide to stop to rest, the dryad’s conclave will appear only if they all go to sleep leaving no one on guard or if they use the Leomund’s Tiny Hut. In the first case, the dryads start combat by having the satyrs play their song and casting entangle on the dreaming adventurers. On the other hand, if they are sleeping inside the Leomund’s Tiny Hut, Aria steps in front of it, speaks to the ground in Sylvan, and has tree roots grow out of the ground completely covering the hut. The roots have AC14 and 15hp, as well as fire vulnerability. If the roots are not taken care of before Leomund’s Tiny Hut spell fades, the roots fall on top of the player characters, forcing them to make a DC14 Strength Saving throw or become restrained as if they were trapped with the entangle spell.

Aria is accompanied by 2 charming-bagpipes satyrs, three dryads (check the ‘Monsters’ section below for more details), a giant ape, a saber-toothed tiger, and a dire wolf.

Environment. The environment during the battle has the same properties stated in the ‘The forest’  section, but it also includes a quick-sand pit 20 feet away from where the battle starts.

Chatting with Aria. Aria is blinded with fury and hatred towards mankind. However, she is not an inherently evil creature and the PCs may be able to reason with her. If asked why she is doing this, Aria answers the complete truth. However, she doesn’t know the wizard was responsible for the act. Characters can convince the dryad to stop fighting and leave them alone with 3 successful DC17 Charisma (Persuasion) checks. If the characters state they will force the wizard and everyone near the forest to leave the area, or stating that they will replant as many trees as were removed from the forest has the Persuasion checks be rolled with advantage.

Aria uses the dryad stat block with the following changes:

Charming-bagpipes satyrs use the satyr stat block with the following change:

All dryads (including Aria) and satyrs ignore the difficult terrain and can see through it.

The giant ape, and saber-toothed tiger, and dire wolf are under the effects of the dryads’ fey charm ability. These creatures used to be an ape, a tiger and a wolf, but when touched with the energy from the Feywild they changed.

If the PCs lose the fight, Aria will not outright kill them but use them as hostages to make everyone near the forest leave. Once that is done, Aria allows the adventurers to leave and never come back if they leave their weapons and arcane focus behind. “I have no better way of making sure you leave this forest without doing any damage on your way out”. If the player characters reject the offer, Aria calls upon the remaining members from the dryad conclave (replacing any beast that may have been killed) and attempts to drown them again in the quicksand.

Winning the fight or reaching an arrangement

If the player characters manage to convince Aria they will force everyone to leave and/or plant back even more trees than the ones removed, Aria will happily bid farewell to them claiming “Today you have made yourself a powerful ally. I sure hope our paths cross again in the future”. Additionally, she gives the adventurers one of the bagpipes as a token of gratitude. As the player characters keep walking through the forest, the grass and weed return to their normal side as they walk. After some time, Aria ends up becoming a powerful archfey in the Feywild and may come back during the campaign to give a hand at an important moment.

If the characters end up killing the entire dryad’s conclave, they may find a bag of beans (the magic item), an emerald ring worth 300gp, and 2 leather bags containing a total of 400gp and 20pp in the quick sand pit. Additionally, they can get both charming-bagpipes from the satyrs.