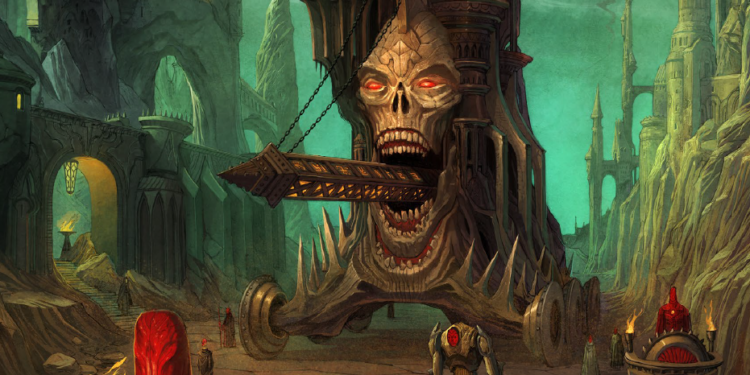 These curses are all made to resist the boring remove curse spell and give new twists to your campaign. They go all the way from wacky to scary, all of them resembling curses we have already read or seen in other stories. They all are made to easily create adventure hooks, give examples on how the curse could be cast, and how to remove them. Additionally, these curses come with side box text that lets the DM know that these curses might not work for every player group and that they should check on their players to see if they don’t feel uncomfortable having them in their games. I’ve read other stuff from Leon in the past and they don’t disappoint! This is definitely something to look forward to.

Curse of the Betrayed

Similar to how some of the effects on the Madness table from the DMG works, this curse causes the cursed creature to have their personality change. They may become extremely insecure, distrust their party members or believe themselves better than the rest, and some other similar options from a d10 table. These feelings stack on each other every day if you fail low DC saving throws, potentially making the character very dangerous to keep around. Additionally, there is an additional effect that can consume the PC’s mind if they fail by 5 or more. I won’t spoil it, but all together these effects create a ticking bomb of a character. After some time, the PCs will need to make an important decision: leave their friend behind, or start a story arc to break their curse! 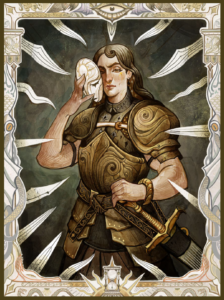 This curse grants clairvoyance to the cursed target, but has no one believe them. In a way it’s more of a curse for the entire party, which can lead to very fun and tense moments. The curse comes with a table of things that are predicted by the affected creature and the span of days in which the foreseen event will take place. I definitely love this because if you have a good enough player group, every one is going to be extremely scared of the foreseen events but will have to act they don’t believe will happen. Out of all the curses, it might be the most difficult to make work, but possibly the more fun to add to a campaign.

Curse of the Living Dead

The classic curse that transcurs in about half of the zombie movies. A zone is cursed and people rise from the dead at a particular time of the day to eat the living. Dead player characters and pets reanimate as well. In fact, there is a section that stats out a zombie pet, just in case you want your own Frankenweenie as a pet (what a weird movie that was). There’s also tips on how to create flesh golems out of this curse that are undead instead of constructs. I love the fact that the curse gives enough tips for it to be as much of a danger for Tier 1 PCs as it could be for a Tier 3 party.

Curse of the Sordino

Totally made to belong in a Ravenloft kind of setting or spooky place in your world, the curse of the sordino makes music in an area nonexistent. Laughter, singings, rhymes, any kind of emotion is dulled out or completely shushed while this curse affects the vecinity. I’ve seen these tons of times in media but I can’t come out with any good example at the moment. The great thing about this is that it easily makes a city interesting and gives the player characters an adventure hook to save the city from the dull life they have been trapped in.

Curse of the Watchers

This one is more of a cursed item than a curse per se. An item has become cursed and when used in battle it has crows appear and fly close to it. As the PCs keep using the item more crows will appear, until a random roll causes the item to have all crows attack the user at once. Even though it is really cool, my players would immediately throw out the item the first time the crows attack, knowing it is cursed. There is a boxed text that gives some tips on how to make the effects of the item less obvious, but the first time the crows attack they’ll know something is wrong with it. The curse comes with a stat block for a flock of crows to make the DM’s job easier.

The slow polymorph curse makes the player character slowly become a monstrosity. Day by day they need to pass saving throws or gain monstrous parts. These do come with as many benefits as they do have drawbacks, like gaining two extra legs, but being able to move faster. As time goes on, the character slowly becomes something that doesn’t even resemble a humanoid being, which may cause people and/or monsters to be scared and attack the PC on sight. This curse looks like a really fun one to play with, as the low DC makes it so it’s very difficult for a player character to gain new body parts or have them change, making them slowly become a monster.

This article starts by indicating that greed should not be associated to evil, as this sin could lead to all sorts of purposes. A god of avarice is stated as well as an example for DMs to add to their game or to base their own god creation on. I like that it also comes with its own Holy day that you can add to your game.

These subclasses also come with 3 retainers, each as a mini version of the subclasses you can use with the Strongholds & Followers rules. Lastly, there’s a cleric from the avarice domain NPC villain that is absolutely hateable and that you should add to your game.

This cleric is all about accumulating wealth, be it for a good or bad motive, or no motivation other than greed itself. Its core ability, being the subclass feature they gain at level one, allows replicating effects of spells you cast on yourself or on a second object, maintaining concentration for both if needed. This allows for many interesting playstyles and tactics, but nothing that the sorcerer with the twinned spell metamagic couldn’t do before, so I wouldn’t worry much about balance issues. Additionally, its channel divinity stuns enemies by showing them what they want the most. This can create great RP opportunities as player characters get to know that which an enemy finds important, and can exploit it.

As the cleric grows in level, they get the ability to cast on themselves spells that are cast on enemies. Enemies don’t usually have spells, and if they do, they rarely use them to empower themselves, so I find this feature extremely situational. Lastly, its high-level ability allows you to do the spell replication and ignoring concentration once per long rest. In the right hands, this can be very powerful,  but it seems a bit dull to be the ultimate ability.

Druid: Circle of the Gilded

This druid cast their spells through gems they incorporate into their body. That single concept just sold me on this subclass. On top of that, this druid uses Wild Shape as a currency to empower its features, which is something I love seeing in druids. They are made to be melee combatants, as their weapon attacks get empowered by the elemental magic from the gems, and at level 14 they gain benefits for going melee such as higher AC and dealing damage to nearby enemies that attack them.

Druids from the circle of the gilded transform the spell damage from spells they cast or receive into an elemental one of their choice. This depends on the kind of gem the druid decides on using. At level 6, they get to be resistant to the damage type of their gem, making changing the element type of attacks against the druid a great combo. Lastly, at level 12 they get the ability to shoot an elemental laser beam up to 120ft.

Paladins with this oath are all about agreements and negotiations, leaning towards the evil spectrum of alingnments. They are master manipulators, illusionists, and enchanters. Their channel divinities help make negotiations easier by granting advantage on charisma checks, and make others follow your commands with ease by imposing disadvantage on saves against your enchantment spells. One of their spells can be found in Arcadia Issue 3, but it indicates a replacement spell in case you don’t have it.

Paladins of this oath can command those nearby to be ready for attacks, causing enemies to have disadvantage on attacks against closeby allies. Additionally, these paladins can do bonus damage on charmed creatures. In practice, this is extremely useful to initiate combat, but in the midst of it, it will rarely be used, as it is always better to have a charmed creature on your side than to break the charm from them by attacking. Last but not least, at level 20 paladins can become an ultimate paladin guided by their god, making creatures who attack them get charmed if these enemies fail the save. Combine this with the ability I just described and you’ve got an extremely powerful moveset. While extremely powerful, it is a lvl 20 ability, so it’s normal for it to be this op. 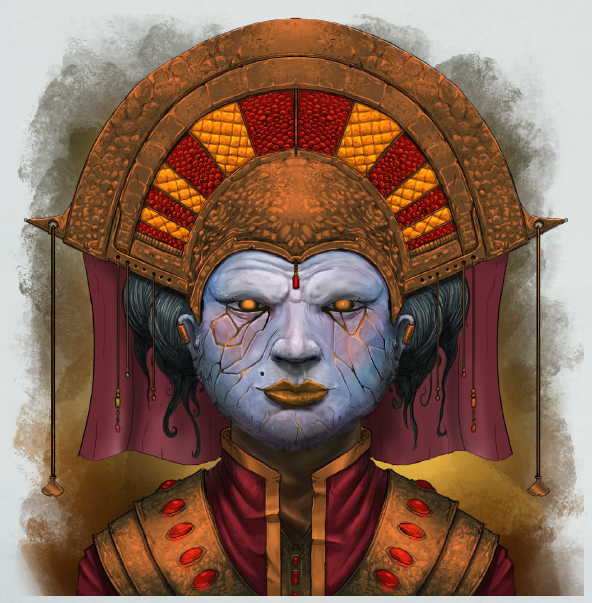 This article starts with a letter from the wizard Alabaster, the creator from these spells. It is beautifully written with a handwriting sort of font, but includes a link to a plain text version, which I always appreciate for accessibility purposes. These spells range through many of the schools of magic and do all sort of things, with notes from Alabaster for each of them, that makes a fun read.

Being a forever DM, I don’t think I might get to use the subclasses, even though they certainly look interesting. I might offer them to my players as they don’t seem unbalanced, and can be used for villains as well. As regards the curses, I will surely find a way to place at least one of them into my campaigns. I really like them! Lastly, the spells have their up and lows, but all in all they seem like great additions that might end up in my games.

In conclusion, this issue of Arcadia was a pretty great one. Nothing out of it truly stood out for me, but everything that was offered in it is extremely cool nonetheless. I look forward to seeing what other things MCDM has in store for us!