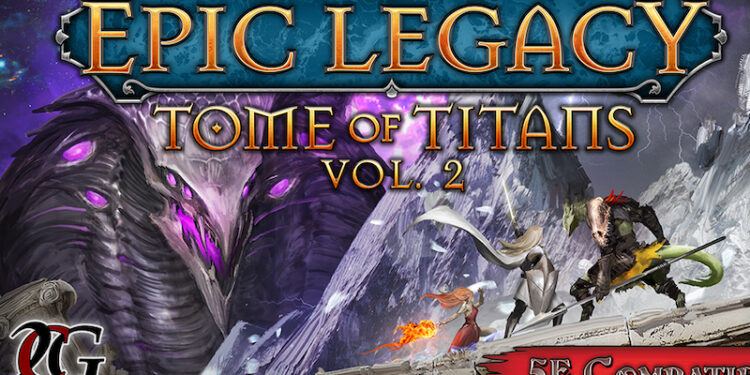 Best Selling game publisher 2CGaming hopes to raise $10,000 with their new Kickstarter Tome of Titans Volume 2. Pledge levels range from $25 for a PDF, to $55 for a hardcover book, and up to $380 to the Collector’s Box!

Tome of Titans Volume 2 is the sequel and expansion to the ultimate compendium of foes for the 5th edition of your favorite roleplaying game. The creatures within this tome are far more than a collection of formidable stat blocks for high-level play. More than twenty creatures of myth both iconic and original lurk within, ensuring a diverse array of monstrous experiences at your game table. Dare you face the stony gaze of the first medusa? Do your players have what it takes to challenge Nul-Thüm, the world-devouring moon? If you hunger for a more intellectual challenge, the Eldersphinx stands ready with his arsenal of riddles.

2CGaming’s legendary monster design ensures these might bosses never fail to deliver on the battlefield. Each titan is a fitting end-game enemy sporting uniquely powerful designs you won’t find anywhere else, presented for compatibility with standard 5th edition rules as well as 2CGaming’s Epic Legacy system for play beyond 20th level.

“We plumbed the depths of fantasy lore and editions past to aid you in integrating each titan into your game. Using their mythos incorporating these creatures into your favorite campaign setting is a breeze.” said, Ryan Servis, Tome of Titans Volume 2 Lead Designer and 2CGaming’s Co-owner. 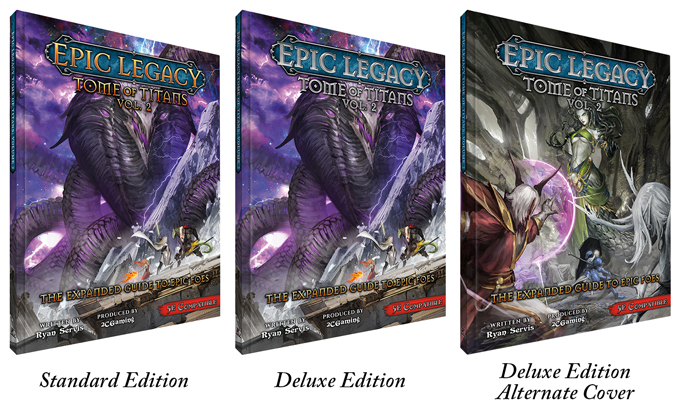 Worthy titans are more than just statistics and some backstory. They are characters with unique personalities, ideals, bonds, and flaws. Each titan is a fully realized NPC, fit for all manner of encounters beyond combat.

2CGaming has run professional and personal games and produced tabletop gaming supplements for 5th Edition D&D and the Pathfinder RPG since 2014. We’ve a long list of completed projects, many of which are shown below and are available at
www.2cgaming.com! Not only do we have a history of delivering on our promises, but we have also received critical acclaim for our books, which stand out for their content and production quality.