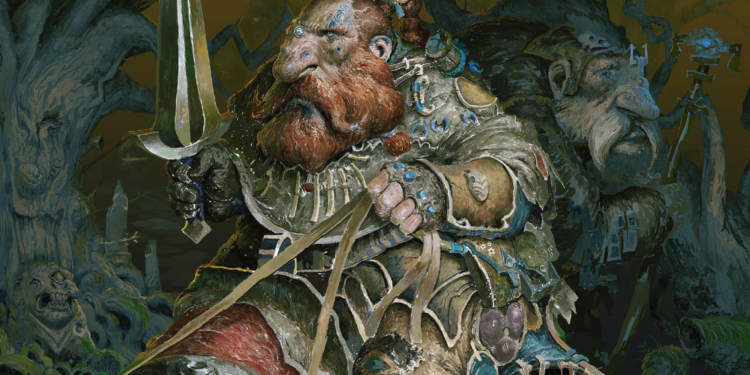 Mounting a troll-looking (that the Alt text says it’s an ogre) being is a dwarf that came to tell us that Arcadia 14 is upon us! I really dig the artstyle, and I love dwarves, so this is definitely looking like my sort of issue.

James Introcaso starts his letter from the Editor talking about all things awesome that we decide to keep to ourselves for a later great reveal, be it from the DM side, or the player’s. This is a great life lesson as well, but one GM tip that is incredibly useful as well. Don’t save the awesome stuff for later! The time is now! Get Arcadia and start running the amazing things tha spring to your mind from giving it a glance!

@TheWillyboo
Willy comes back again with a new article! This time, it involves new rules on how to play player characters that are from a size different from Medium and Small. “BuT tHat’S iMpoSsiblE!” you might say, but actually Willy provides a whole range of reasons why it makes sense to play these kinds of lineages, which will surely give a very different feel to your party.
The article first introduces some brief details on how to make this make sense in your table, as well as some tips on how to make the most out of this, such as having the characters hide in the pocket of another large ogre for example, or have a tiny character have a needle as a sword and run through the enemy’s arm before it sticks it in their throat.
Coalders are large masses of coal that come from under the earth and are in charge of protecting the world from the tarrasque. Their hardiness makes them great tanks, as they can resist a lot of damage. Mousquetaires are the perfect mix between tiny mouses and, you guessed it, the actual mousquetaires. You also get to control the creature the mousquetaire hides in. Ogres are… like onions, they have layers… (I loved the amount of Shrek references that were thrown in this section). These large creatures get to throw allies or enemies away, as well as carry heavy stuff. Pixies are tiny flying faerie beings that can easily hide in their allies. Additionally, they can throw pixie dust at them to basically give them the effects of the guidance spell. The article also includes tarrascals, which are small tarrasques to have as pets using the Beastheart ruleset.
Lastly, variations from the original ancestries make an appearance. You’ve got garden gnomes, which would be your Smurf-like characters that have plants launch them anywhere they like. There’s also one-and-a-halflings, which are large halflings… Kinda weird, but why not? They can fluke enemies into attacking other targets. Lastly, you have the tiefling variations, which would be the impling, aka that who is related in some way to imps which is basically a PC imp, and the beefling, which allows you to play a smaller version of a balor. 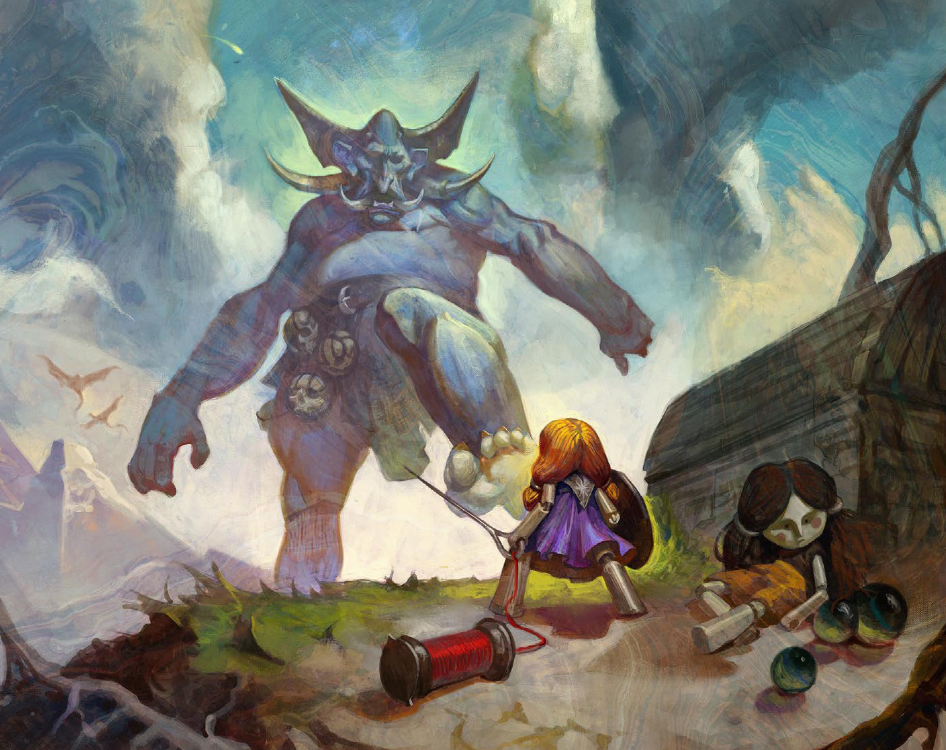 This is probably one of my favorite articles in Arcadia so far. If there is something I love to find in these issues is detailed environments or locations with their own history, encounters, and adventure ideas that you can easily place in your game. It all revolves around a forest infested with an undead corruption. Dead trees and undead monsters roam the place and make it a terrible place to go traverse. 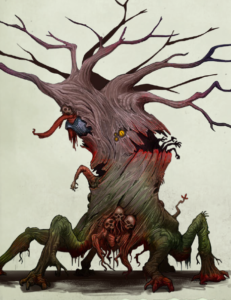 This dark forest comes with two encounters ideas, as well as a way to heal the place. I would have preferred a more detailed encounter to clean the corruption, but it has enough information to have you come out with your own ideas, which is always a cool thing.

The new enemies introduced come with the Matt Colville-like seal of approved action-oriented monsters that I love to see. They are variant versions of already existing monsters, being both plant and undead in type. Nevertheless, they come with their own set of unique abilities, such as sprouting vines from their bodies when attacked, or vomiting acid as a bonus action. Another thing some of the “boss-monster” enemies have is summoning more enemies when they lose X amount of hp, which I find to be a fantastic and unexpected ability during fights, tipping the action economy balance against the PCs. The more I see these kinds of monsters, the more I look forward to the action-oriented monster book that Matt says is in the works.

The afterparty is a level 3 adventure mostly roleplay-oriented. In it, you have to help a group of people trapped within a manor, as some sort of spell compels them to not want to go out. Nevertheless, they all have reasons to exit it, so it’s up to the player characters to find out what is wrong and fix it as soon as possible. The adventure plays a bit with removing the players’ agency of leaving the mansion, but provides an alternate curse in case the players might find this uncomfortable.

The adventure offers many NPCs that can talk with the PCs to offer useful information. Some know more than others, but there’s always some clue to get from most of them that leads to the answer. The mystery isn’t that hard to solve, but it doesn’t look to be. There’s another conflict to solve as well within the main NPCs that is heavily tied to the curse and is much more important to the overall plot.

If you are looking for an adventure filled with tactical difficult encounters, this won’t be your cup of tea. This is a far more social adventure, filled with heart and family drama, as well, as a small mystery, and an evil but whimsical curse that needs to be solved. No new monsters and/or magic items are introduced, and only one combat encounter is 100% set to occur, but allows for more random encounters to happen before if the DM wants to. As a last note, I wanted to stand out that the writer created a whole new minigame for this called Wright Wroulette, which I find a very fun thing to play while you keep roleplaying with the players.

This issue of Arcadia definitely has many interesting things to offer. While the afterparty adventure may not be one that I’m super eager to run, I can see how it can be a great choice for many game tables. The additional player choices are a great fit if you want to run games in a more monstrous world, or if you are looking for a way to allow that player play a pixie. However, it was the botanical undead location the one that stands out the most for me. I’m definitely going to add it to some world of mine sooner or later, as it provides hundreds of adventure hooks in my head.

What was your favorite article? Do you consider this issue a must-have or a pass? Personally, I would just get it for the Botanical Undead alone! Did any of these articles enter your top 3? Let me know in the comments below!