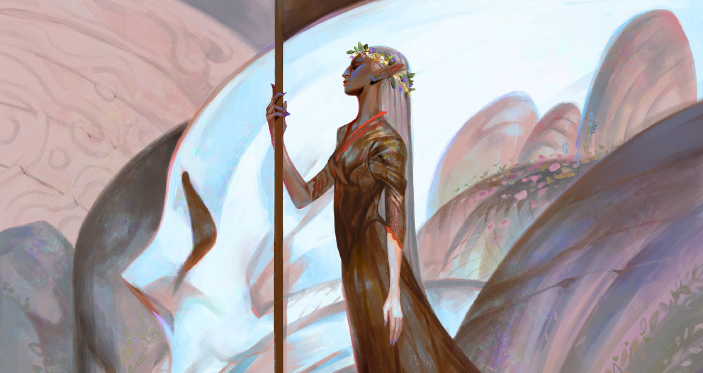 It’s a new month, and while we keep waiting for the Flee Mortals! monster book to come, let’s enjoy some Arcadia content. This one offers a pretty great collection of articles that go a bit towards the creepy side of things. Nevertheless, in this letter from the editor, James confirmed that they don’t actually attempt to give a theme to every Arcadia, it just accidentally happens. So… I guess I will stop looking for a theme in all articles? Nah, I’ll keep doing that cause that helps us realize if the issue has content we may be looking for. If you are running a Ravenloft campaign, you can go through my articles and check which issues are horror-themed. I guess that can help someone? Let me know in the comments!

The cover art is impressive, looking like an oil painting from a dark-skinned elf. It has the grace of Tolkien’s elves, but in a way, I like it better. Anyways, let’s get to the fun part! What does this issue have for us?

Basheer Ghouse
From Basheer comes a new subclass, a pretty unique one. Instead of having the kind of articles that have several subclasses, this article focuses only on one, and in MCDM’s style, offers extra stuff to play with. The Way of the Flesh monk is a weird, unique, and impressive subclass, with a lot of great stuff to offer. Let’s examine it in detail, shall we?

Way of the Flesh Subclass 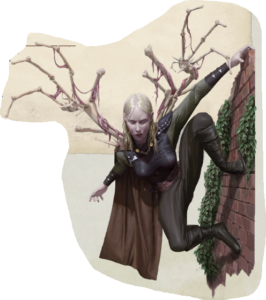 While I do have the S&F book, I’ve never got to try retainers yet, so I don’t think there’s much of use I can say about this new retainer on how powerful it is. The art for it is pretty menacing, and the attacks are borrowed from the subclass, with some differences to make it much easier to use.

The article also includes a lvl5 encounter about a female human looking for a fight that you can place pretty much anywhere. This woman named Charity wants some combat, as she can think clearer when throwing punches. The problem is she’s a fricking skin and bone-extending thing that can do some heavy damage. The art for Chastity is pretty much amazing, making me want to add them somewhere in my future games! 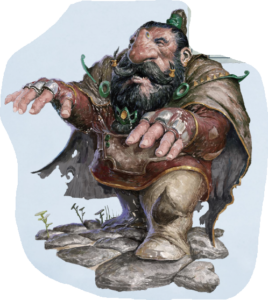 This is the kind of articles that feature one single amazing monster and lots of details and lore to play with, and insert into your game. What’s very interesting and different from other monsters, is that the Nightmare Dragon is a monster that was created with the intention of it being a high-tier enemy, which is something we rarely get to see. By the whole description of it, you can have this dragon from the Astral Plane be the big bad evil guy pulling strings, and psychically destroying the whole world.

I was surprised to find no actual art of the monster, until I found out it doesn’t have a true physical form, as it takes the shape of people’s nightmares. While it is a very cool concept, I would have really enjoyed seeing at least one interpretation of this abstract being. For this very reason, there are no wyrmling, young, adult stat blocks. You only have the CR24 creature, created out of a recopilation of many people’s nightmares. The dragon torments folk in their sleep and leaves them terrified for the rest of the day. If the PCs want to get rid of it, there’s no other choice but to track it down in the Astral Plane.

Despite being named a dragon, there are just a few things the nightmare dragon shares with others of their kind. It’s mostly a new thing. My favorite thing about it is an ability called “Lull” it can use in its lair. This puts a ticking clock on the player characters, making their failures move this clock even faster. As time goes on, they run the risk of falling unconscious. This is done through a dice pool mechanic. Once a PC is down, the dragon can reanimate them as sleepwalkers that attack their allies. It has some other cool abilities, but for some reason, I still have the feeling that it could have had something extra, being a CR24 monster. That may just be me though, it’s still a fantastic monster.

Marcello’s article is all about informants. These characters may offer important information in your games at a price. The three of them are extremely unique and can be easily inserted into any world. What’s more, they come with some interesting quests for the PCs to accomplish as well in exchange for information. I will try to give some brief descriptions of them to not spoil the fun parts.

The first one is Imirich the Rat, the spy from the docks. Some say the informant is “a now-dead drunken augur who occasionally got something right,” while others believe he is “a whelp of a street urchin that skirts through market crowds, peddling rumors and truths.” Every time you try to come to him, an urchin arrives followed by dozens of rats. No information is free, though. Never cross the rat.

Roadside Magda is the second informant featured in the article. She is an ex adventurer you can find on the road with a tragic past she always tells traveling adventurers she encounters. She has heard many things, and is willing to share. You’ll need to share one of your own stories if you want to learn something. Nevertheless, there is something weird about her, something you may end up finding out, or maybe not.

The Sable Gala is not AN informer but a whole place full of informers, an actual gala celebrated in a city. Those looking to get information about the most wealthy and noble folk may encounter an invitation to the Sable Gala, a party full of assassins willing to exchange information. You are going to need to convince these assassins to offer what they know, but if you mess with them or don’t fulfill their requests you may face an actual horde of assassins. 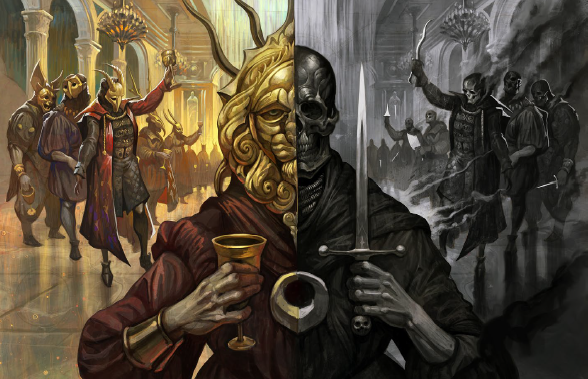 In conclusion, this article has more than enough for me to want to get it. I feel like the stronger articles are the Monk subclass, which tries out weird things I would love to see in play, and the informants one, mostly because I really like easy-to-port things that add something great to your homebrew world. While there are many things that I enjoyed about the dragon, however, I have a feeling that it could have been a bit better… But that may be mostly because I love designing monsters and I would have liked to see more unique things from a colossal monster from the astral planes (or maybe it was just the lack of art of it, idk). It’s still a fantastic monster and has enough to have it be a very interesting endgame monster.

What did you think of this issue? Does it have enough for you to want to get it? Is there something that doesn’t convince you, or perhaps an article you can’t wait to try out? Let me know in the comments below!!