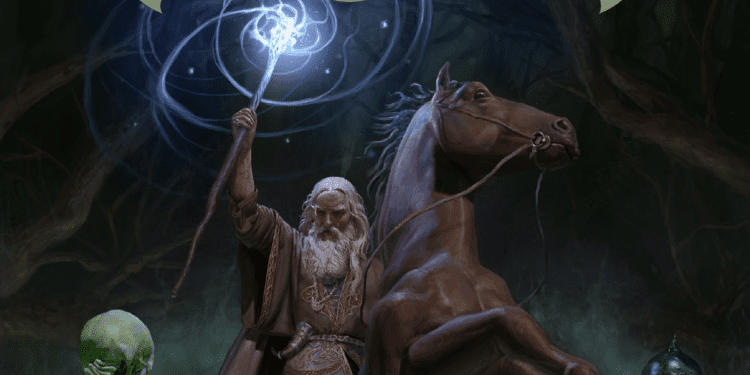 @DeathByMage
Jacky’s article presents us with three new magic items. If you didn’t have enough magic items with last month’s issue, then you’ll be happy to know that these have something extra that make them special: they are all cursed. The article starts with an introduction on how to create a great magic item, and what makes them worthwile, using examples like the One Ring. The items need to be worth the curse, so as not to be dropped in the middle of the dungeon, have a way to cleanse them, and have that not deviate the story too much. I appreciated the fact that Jacky talked about consent when using cursed items. You can drain all the fun from a player when giving them cursed items. Always make sure that all parts are ok with it, as it can create an amazing story out of it! 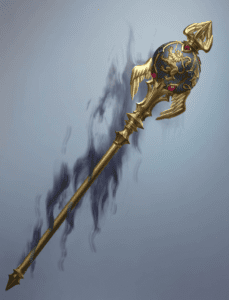 All three items come with their own unique art piece. That is something I talked about in the last issue, and it’s great to see that changed. I must say, however, that what that means is we receive fewer items, but personally, I’d rather see fewer items and have all of the new ones have a piece of art. My favorite one in this article is by far the Boots of Tartarus. They look amaaaaazing!

I don’t think you can talk about the items without spoiling the curse, so just be warned that I WILL TALK SPOILERS NEXT 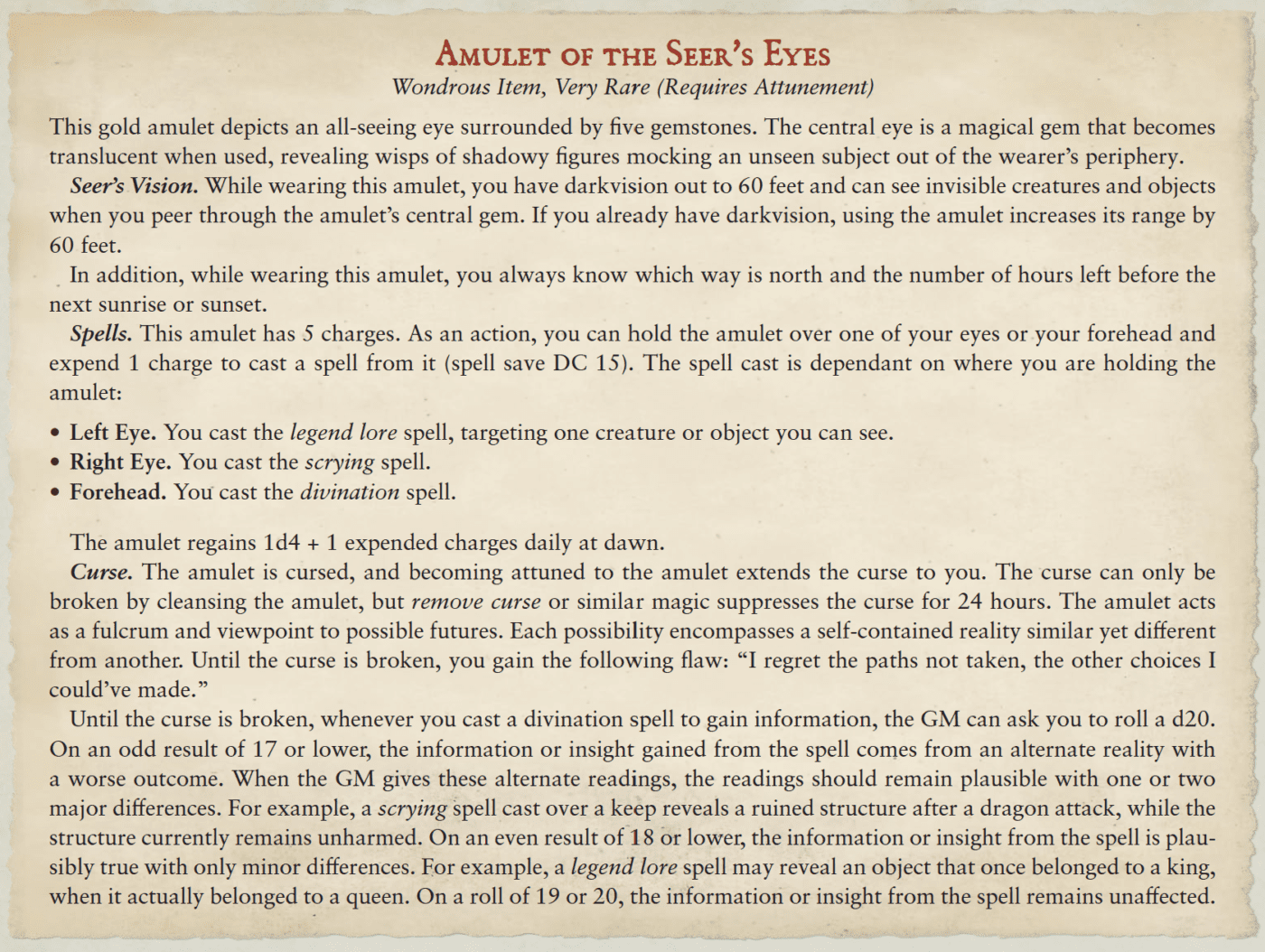 @cconowitch
Two issues before, in Arcadia 17, a series of trials was detailed talking about The Sun Trials, starting a series of three articles that will test the player characters. This issue includes the Moon Trial, having encounters that are prepared for lvl5 characters, made to be completed in a single session. 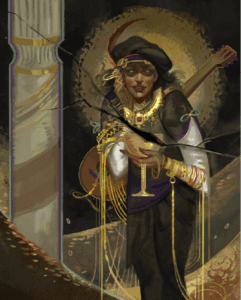 The moon trial is all about facing your own darkness. Understand it, and make an effort to defeat it and you shall emerge victorious. Before you start, the DM needs to identify which fault is associated the most with each of the PCs: cowardice, greed, recklessness, or wrath. You can do it either by guessing from past games, or by straight up asking the players. The three encounters will affect differently each of the characters depending on this fault.
The first one of the encounters has the character face a vision in which they have to literally confront something related to that fault. The side box text suggests tieing it to the character’s backstory or past events, but gives some examples in case you are playing a one-shot or don’t know of anything of use. I like that these encounters isolate the character so they can confortably roleplay their faults without harming the other characters. The second encounter involves all PCs facing a monster that causes a different debuff depending on your fault, while toying the PC. The monster is tough enough fleeing is a very valid option. Lastly, the PCs have to face shadow versions of themselves to fully face their faults. While extremely challenging for the DM, the article offers some tips, and ways to solve the encounter without a fight. I actually really like that you can come to terms with your falt to defeat it instead of fighting it. 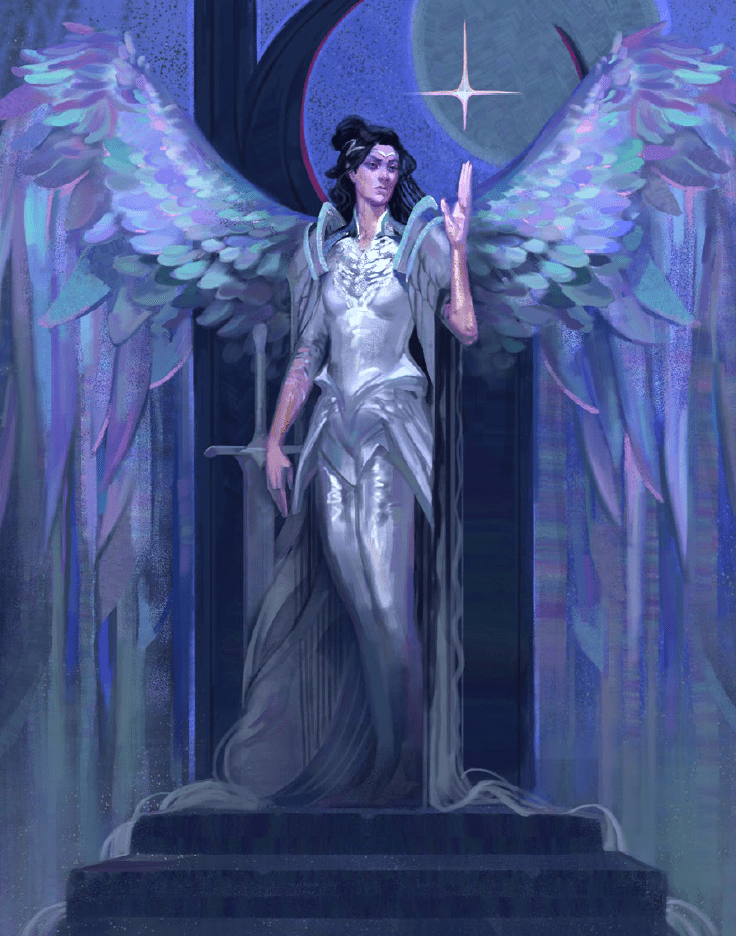 @cconowitch
I’ve never had a TPK in my games. Nevertheless, I’ve had characters die without a way to bring them back. Once, I’ve used a short adventure in which the other PCs traveled to hell to recover the soul of their friend. This article offers ways to bring characters back in a similar manner, except it’s mostly for when the whole party is defeated. Just like it says in the article, don’t abuse of these ways of bringing the characters back. Talk about it with the players. If they believe their characters’ death was a glorious one, then leave it at that. However, there’s times when a whole party is eliminated because you as a DM rolled amazingly on a breath weapon and the PCs keep failing all their checks because the dice god isn’t on their side. Just be careful not to have the characters’ death feel cheap, which is a risk you may run into if you run these encounters. 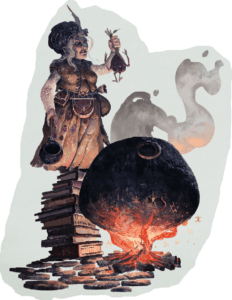 Three of these encounters are about negotiating with a greater entity, or having the chance to escape. Fighting your way out isn’t that much of a choice, even though you may need to break some door or keylock to escape if that’s your plan. The last one, on the other hand, is an encounter with a cute rodent like creature that collects souls and has no trouble in releasing yours to come back to life. I can easily see DMs running that last encounter with children, as having near to no repercussion in the story when the PC dies feels a bit cheap for me otherwise.
The first three encounters involve a hag, a lich, and a group of devils. The PCs can bargain their way out in some way in all of them, but they need to carry on in life with some extra weight in their shoulders. My personal favorite is the hag who catches the PCs souls and transforms them into beets, meaning the characters need to escape or reach an agreement with the hag before she cooks them. 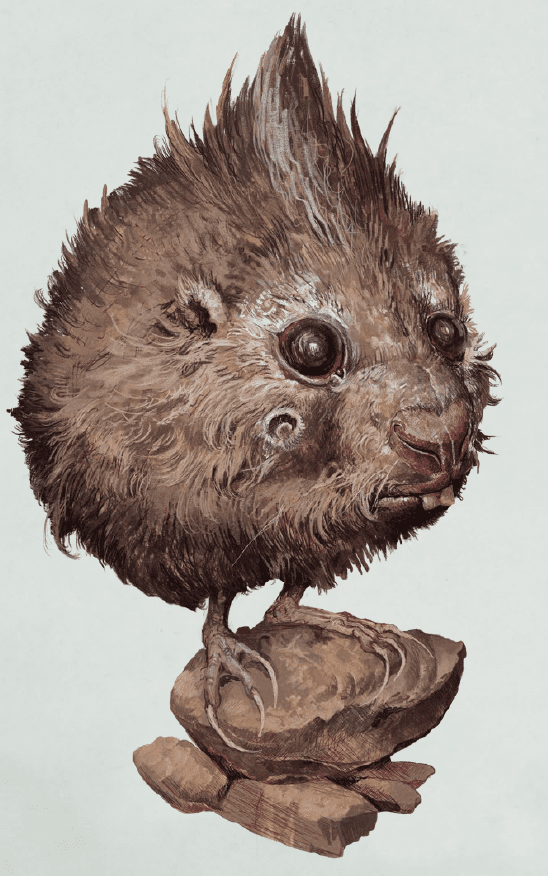