The Barbarian Class, Part One 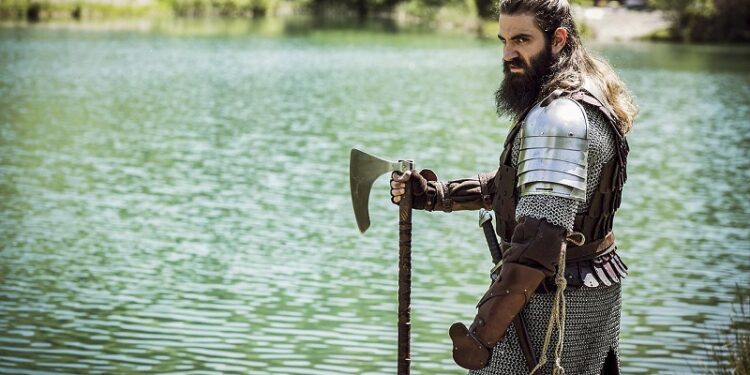 Today I realized that it’s been almost three years since my last History of the Classes article. Today I’m starting in on the Barbarian, a class that goes back to an article by E. Gary Gygax in Dragon Magazine #63, in July 1982. As a disclaimer for the whole series: “barbarian” is a culturally loaded word and is a slur from first principles. I’m not defending it. I would be fine with changing the class name to “berserker” so that we can have features named “My Love for You is Like a Truck.”

The flavor text is quite brief, with little to differentiate them from rangers save a different alignment restriction (any non-lawful, rather than any good). This is a sub-class of fighters, but that doesn’t convey a lot of information – not their XP, not their Hit Die, not their number of proficiency slots, and definitely not the magic items they can use. It does tell you which combat matrix and saving throw progression to use.

(The organization of the article leaves… essentially everything to be desired, so I’m covering the rest of it in the order appearing.)

Overall, this class offers high survivability (tons of hit points, great AC, resisting back attacks and surprise) and a lot of stuff to do in exploration or survival challenges. Their offensive output is solid because of superior ability scores, but otherwise gets no help. If you’re used to the barbarian of later editions, the absence of a berserk rage is probably the first thing you noticed. None of that makes them good for a party with a normal assortment of character classes, though. I guess I just want to know what “will not associate with” looked like in Gary’s imagined usage.

A lot of the text in 1985’s Unearthed Arcana is identical to the magazine article, but rearranged into a cogent flow. There are a few changes of note:

The cleaned up version doesn’t fully solve any of the barbarian’s core problems, but it shows some recognition of them and improves matters somewhat. Other changes have nothing to do with apparent problems, but presumably Gary thought there was something missing.

I still say it’s weird that paladins have a culture-wide reputation for ruining D&D parties, when barbarians do the same with more absolute language and less apparent purpose. If you’ve played a 1e barbarian, I’d love to hear from you – particularly how your group adhered to or ignored the barbarian antipathy toward magic! (I’m guessing that paladins were just 10x more frequently played, ability prereqs or no, than barbarians.)

Anyway, in the next article of this series, I’ll cover 2e – the fighter kit and the Complete Barbarian’s Handbook. I doubt I’ll achieve this, but it would be really nice to finish the History of the Classes before the ’24 revision comes out, so that I can update each series with one article as part of my coverage of the revision!