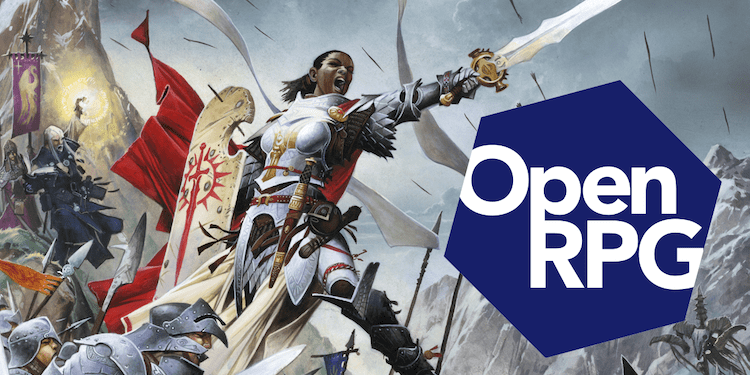 Paizo, a leading publisher of role-playing games, has announced the release of the Open RPG Creative License (ORC), a revolutionary new open gaming license that ensures the continuation of the spirit of the Open Game License (OGL) 1.0(a). This system-agnostic license, which is built under the legal guidance of Azora Law, allows independent game publishers to provide their own unique open rules reference documents, opening up their individual game systems to the world. This is a fantastic step forward for the gaming community, as it allows for greater creativity, innovation, and profitability for all involved. Paizo has taken the lead in this effort and is inviting game publishers worldwide to join them in support of the ORC, by providing feedback on the drafts of this license and signing up to participate. The ORC is not owned by Paizo, nor any company that makes money publishing RPGs, but by Azora Law’s ownership of the process, ensuring the ORC will be open, perpetual, and irrevocable. This is a game-changer for the industry, and we couldn’t be more excited about the possibilities that the ORC brings to the table.

Please read their release below:

For the last several weeks, as rumors of Wizards of the Coast’s new version of the Open Game License began circulating among publishers and on social media, gamers across the world have been asking what Paizo plans to do in light of concerns regarding Wizards of the Coast’s rumored plan to de-authorize the existing OGL 1.0(a). We have been awaiting further information, hoping that Wizards would realize that, for more than 20 years, the OGL has been a mutually beneficial license which should not–and cannot–be revoked. While we continue to await an answer from Wizards, we strongly feel that Paizo can no longer delay making our own feelings about the importance of Open Gaming a part of the public discussion.

We believe that any interpretation that the OGL 1.0 or 1.0(a) were intended to be revocable or able to be deauthorized is incorrect, and with good reason.

Paizo owner Lisa Stevens and Paizo president Jim Butler were leaders on the Dungeons & Dragons team at Wizards at the time. Brian Lewis, co-founder of Azora Law, the intellectual property law firm that Paizo uses, was the attorney at Wizards who came up with the legal framework for the OGL itself. Paizo has also worked very closely on OGL-related issues with Ryan Dancey, the visionary who conceived the OGL in the first place.

Paizo does not believe that the OGL 1.0a can be “deauthorized,” ever. While we are prepared to argue that point in a court of law if need be, we don’t want to have to do that, and we know that many of our fellow publishers are not in a position to do so.

We have no interest whatsoever in Wizards’ new OGL. Instead, we have a plan that we believe will irrevocably and unquestionably keep alive the spirit of the Open Game License.

As Paizo has evolved, the parts of the OGL that we ourselves value have changed. When we needed to quickly bring out Pathfinder First Edition to continue publishing our popular monthly adventures back in 2008, using Wizards’ language was important and expeditious. But in our non-RPG products, including our Pathfinder Tales novels, the Pathfinder Adventure Card Game, and others, we shifted our focus away from D&D tropes to lean harder into ideas from our own writers. By the time we went to work on Pathfinder Second Edition, Wizards of the Coast’s Open Game Content was significantly less important to us, and so our designers and developers wrote the new edition without using Wizards’ copyrighted expressions of any game mechanics. While we still published it under the OGL, the reason was no longer to allow Paizo to use Wizards’ expressions, but to allow other companies to use our expressions.

We believe, as we always have, that open gaming makes games better, improves profitability for all involved, and enriches the community of gamers who participate in this amazing hobby. And so we invite gamers from around the world to join us as we begin the next great chapter of open gaming with the release of a new open, perpetual, and irrevocable Open RPG Creative License (ORC).

The new Open RPG Creative License will be built system agnostic for independent game publishers under the legal guidance of Azora Law, an intellectual property law firm that represents Paizo and several other game publishers. Paizo will pay for this legal work. We invite game publishers worldwide to join us in support of this system-agnostic license that allows all games to provide their own unique open rules reference documents that open up their individual game systems to the world. To join the effort and provide feedback on the drafts of this license, please sign up by using this form.

In addition to Paizo, Kobold Press, Chaosium, Green Ronin, Legendary Games, Rogue Genius Games, and a growing list of publishers have already agreed to participate in the Open RPG Creative License, and in the coming days we hope and expect to add substantially to this group.

The ORC will not be owned by Paizo, nor will it be owned by any company who makes money publishing RPGs. Azora Law’s ownership of the process and stewardship should provide a safe harbor against any company being bought, sold, or changing management in the future and attempting to rescind rights or nullify sections of the license. Ultimately, we plan to find a nonprofit with a history of open source values to own this license (such as the Linux Foundation).

Of course, Paizo plans to continue publishing Pathfinder and Starfinder, even as we move away from the Open Gaming License. Since months’ worth of products are still at the printer, you’ll see the familiar OGL 1.0(a) in the back of our products for a while yet. While the Open RPG Creative License is being finalized, we’ll be printing Pathfinder and Starfinder products without any license, and we’ll add the finished license to those products when the new license is complete.

We hope that you will continue to support Paizo and other game publishers in this difficult time for the entire hobby. You can do your part by supporting the many companies that have provided content under the OGL. Support Pathfinder and Starfinder by visiting your local game store, subscribing to Pathfinder and Starfinder, or taking advantage of discount code OpenGaming during checkout for 25% off your purchase of the Core Rulebook, Core Rulebook Pocket Edition, or Pathfinder Beginner Box. Support Kobold Press, Green Ronin, Legendary Games, Roll for Combat, Rogue Genius Games, and other publishers working to preserve a prosperous future for Open Gaming that is both perpetual AND irrevocable.

We’ll be there at your side. You can count on us not to go back on our word.