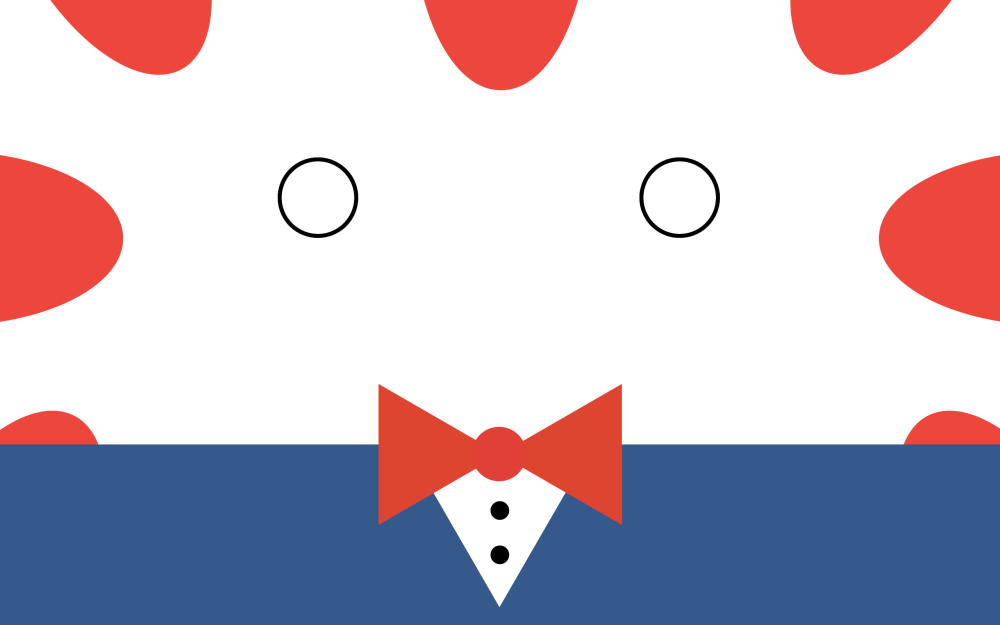 Here’s a quick level 5 build I did for Peppermint Butler (the dark one) when I needed him as an NPC for our D&D 4th Edition Adventure Time homebrew weekly game on Roll20.

I used the Adventure Time Character Generator to build him quickly. The builder maxes out at level 5, but it is a great tool and all our players use it for the campaign.

Class Features:
Cantripomancy: As a wizard, you can perform a myriad of minor spells to amuse your friends and aid your allies.
Sources of Power: All wizards choose the source of their powers early on in their magical training. Many pick elemental sources like raging fire or billowing wind. Other more eccentric wizards choose almost anything from sweaters to toast to cutlery. Your source of power provides a great deal of flavor to your character and can be used as a simple way to customize a wizard. Any power that contains they keyword Source indicates your chosen source of power. Once chosen, you may not switch power sources. E-veeeeer. 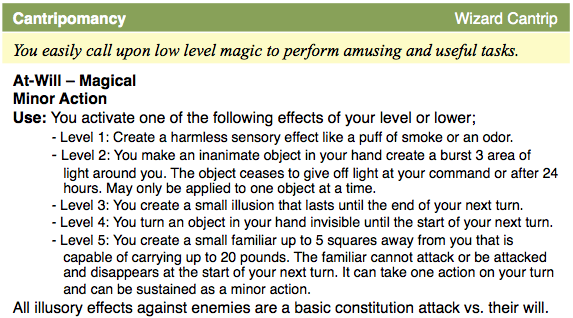 Note: Modifiers in parenthesis have already been included in your totals and are present only for reference.