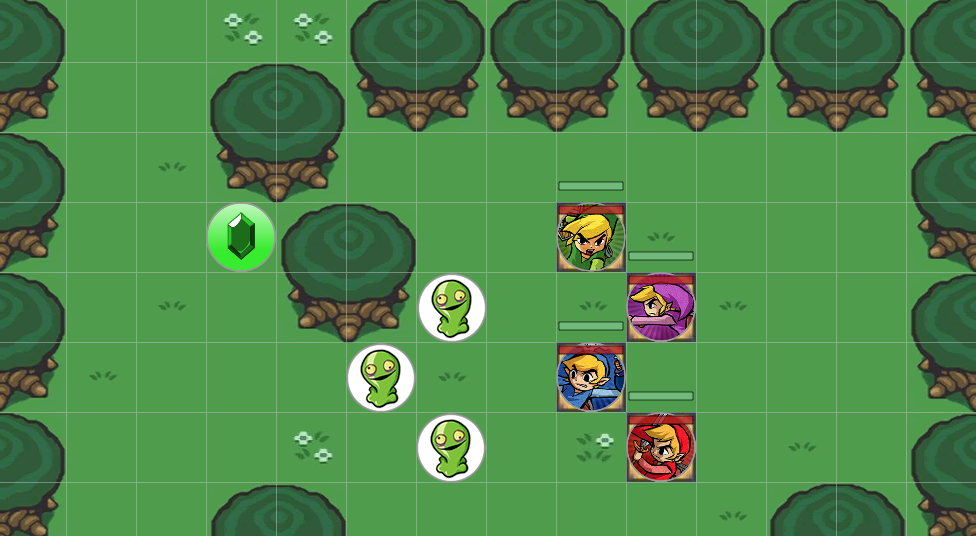 We’re running our first session this Friday May 16th, 2014 using the homebrew rules I created.

I’ll try to recap the good and the bad of this playtest. Here are the rules we are going to try out:

What about healing surges and encounters?

Encounters and healing surges are not part of the rules since power is regained by collecting hearts and magic.

What can I do on my turn?

On each turn you can move, complete a minor action and a standard action

You can do the following as minor actions

1) Attack
You can not attack another player. You can only attack enemies or obstacles.

You can attack with:

Enemies and players die immediately when they reach zero hearts