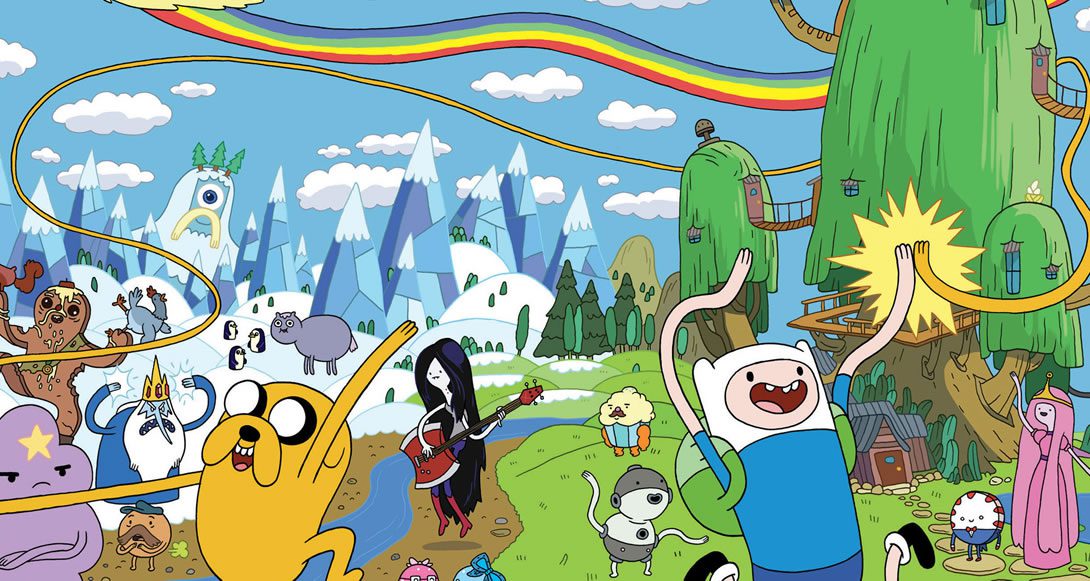 In March 2014 I was lucky enough to unite a group of strangers on Roll20 to play a fantastic homebrew mod of D&D 4e based on the Cartoon Network show Adventure Time. The homebrew was created by Bloodghost. You can learn more about it at Bloodghost’s site:
http://bloodghost.tumblr.com/post/28417331911/its-here-after-many-months-the-utterly-complete

In the questionably distant future there exists the Land of Ooo, and it is a place of wonder and mystery populated by goblins, wizards, ogres, candy people, and countless other weird and amazing creatures. It is a world renewed after an unknown cataclysm, a world of magic and heraldry built upon the mysterious ruins of our present. This is the land in which Adventure Time takes place.

Watching Adventure Time isn’t required to play this game, although it will explain some of the lore and will allow player and dungeon master alike to interweave fun and exciting tidbits from the show into their games.