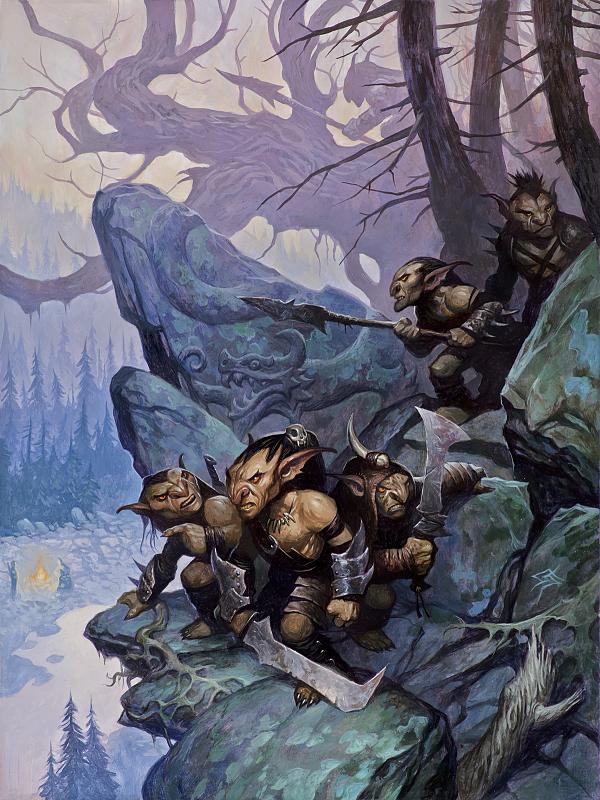 So, I’ve been play testing and starting off each new player with an Apprentice (level 0) character. Everyone thinks it is running awesome, and it’s cool to start the character at level 0, and only have the background. But they didn’t like finalizing the personality, and there was some people upset about Class weapon proficiency. So I made some updates. Thanks to everyone for helping me and my players on this. I put together a short Level 0 adventure just for fun. Let me know what you like/dislike.

1. Race. Choose a Race and get your racial skills, proficiencies, special abilities

2. Details. Choose a name, alignment, physical details, starting age. This is not necessarily the youngest for the races age, as you may have just started a life of adventuring at an older age

4. Class. Choose Class that you are thinking of being an apprentice.

5. Hit Points. Roll 1d4 hitpoints, and then add your Constitution modifier, that is your maximum hitpoints for level 0. You receive additional hit points when you achieve 1st level.

For a Level 0 Fighter with 12 Constitution, that would be 1d4 Hitpoints plus 1 hit point from the constitution modifier. You roll a 1d4 and get a 3, then add 1 for a total of 4 Hitpoints at level 0. At level 1 just roll 1d10 and add that to the character’s total hit points, don’t add the constitution bonus.

6. Hit Dice. You have 1HD, but a short rest will benefit you with a 1d4 Hitpoints plus your Constitution modifier if you spend a hit dice to heal. Minimum of 1 HP.

7. Background. This is where your start in life and you’re basically in training stage. Choose one Personality trait instead of two, and choose your Ideal, Flaw. Your Bond should be determined and worked out and finally chosen at Level 1. You gain your all your background skill and tool proficiencies, and languages. You receive all of your equipment and gold. You also start with your background feature.

9. Inspiration. You started out at the head of the class, a shining star, the best of the best, You’re the Best Around LaRusso! You start the game with Inspiration.

11. Leveling Up. Once you reach 0 XP, then your character becomes 1st level for the class they apprenticed. Complete the character will all the class skills, proficiency and benefits from being 1st class. If you started your character at a very young age, then you will need a method to age to an appropriate time to start your adventuring career with your party. You will need to complete a long rest and travel to a mentor in order to complete leveling up. As determined by your DM, we play so that this requires a month with the mentor and at standard living rates for your background.

So, your character should be fleshed out and ready to tackle some 0 level encounters.

For a party of 5 level 0 characters. You will need to have a budget of approximately 500 XP total. So a few encounters of of 150XP each should be sufficient.

The small town of Blathterch that you all live in has a serious problem. It has always been fairly safe, with the occasional wolf or bear attack in the forest, but rumors have been spreading that there is a deadly monster roaming near town. And now, several men and women have come up missing over the past month. They have all been last sighted the forest not far from town. The women have all last been seen washing clothes near a spot in a stream that is about 1/2 mile from town. The stream comes down from the between the mountains, and meanders through the forest. Men have disappeared while hunting or collecting wood near the stream.

The towns mayor, an elderly human named Gustaff Weigel has put out a reward for investigating and fixing the problem. You and several of your friends have answered his call and all arrive at his office at the same time. There may also be some player characters that are from out of town that just happened to travel to hear the call for help. Make quick introductions. Mayor Gustaff is friendly to all the PCs and only wants to stop the threat of this unknown Monster. He is offering each of the players a reward of 5 gold pieces each.

If pressed about increasing payment terms, he says he first will talk to the town council and they should surely abide an increase if the problem is more serious that thought. He think the most that would be willing to pay is 50 gold pieces. And he will do his best to make sure it happens. He will only actually do this if one of them can make a successful Charisma (Persuasion) check against DC 15. This check can only be done once by one player.

DM: The Goblins have increased in numbers, and a spreading out from their home. They have sent out a small band to start a new settlement, and this is the small band that was sent out. They have started by setting up a new residence in a small cave in the mountains, about 20 miles from the town, and they have been sending out hunting parties to establish themselves. The hunting parties have been following the stream down for the last year, and now have been encountering easy prey from the unarmed townsfolk. The town people have been hunted when they are alone. The men and women have been killed and some captured for food and fun by this new band of goblins. The goblins are not that numerous, and consist of approximately 6, but the Zeros shouldn’t encounter more that 2 at a time.

If the party goes to the spot of the last sighting at the stream, or go into the forest near it, then they will probably find some tracks. If they follow them then they encounter a small group of 2 Goblins (CR 1/4) with scimitars but no shortbows. They wear leather armor without shields so they would have AC 14. If captured the Goblin(s) will tell the players about the goblin cave home on a successful either Charisma(Intimidation) or Charisma(Persuasion) check against DC 15. Intimidation and Persuasion can both be checked once each, and only by one member of the party. The same player can not do both checks.

Report Back to Mayor

And once they kill off that band, they may go to the Mayor but he will insist that they find their home and make sure there aren’t any other Goblins. The Mayor is extremely upset but won’t show it. He tells the players to finish the job and he promises that they will receive 50 gold pieces for completing the mission. If they don’t go back to town, they would keep going up the stream and make contact with the 2nd encounter of Goblins.

As the party continues to follow the stream away from town, the Zeros should encounter another group of 2 Goblins like the first. scimitars without shortbows, AC 14. They should be about 1/2 way between the cave and the town (10 miles). And if they didn’t have a problem the first time, then give the 2 Goblins a shield and increase their AC to 15. Add another Goblin if you feel the party If the Goblins are not killed, and the Players capture one of them, then the Goblin will talk about the Cave on a DC 10, and tell them about the Goblin sentry on a DC 15 against either Charisma(Intimidation) or Charisma(Persuasion). Intimidation and Persusasion can both be checked only once total and only by one member of the party. The same player can not do both checks.

Cave Entrance (1XP each each)

Upon finding the cave, a sentry of 1 Goblin (CR 1/4) He will be weather leather armor (AC 14) and wielding a shortbow with 40 arrows. Roll his stealth +6. He will be on top of a rock outcropping above the cave entrance. He will pull a rope alarm that will notify of a threat if he spots the party with a 9 perception. The party will hear the alarm of metal tags If the party knows about the sentry, then one of them may be able to sneak up on him with successful Dexterity(stealth) of 10 or greater.

There is a Goblin Boss (CR 1) wielding a Scimitar and is laying in wait for the party if the rope alarm was pulled. He is deadly, and if the PCs let him know about the rest of his band being dispatched he may try to escape to fight another day. There is no gold in the cave, but if the players search they may find a small parchment with a map. The map leads to the west where there is a large goblin established Goblin community. There are also two survivors in the cave. They are unconscious but will survive. The players should be at Level 1 after defeating or driving off the Goblin Boss and returning the survivors to town.

If the players were able to find the cave, then the Mayor will pay them the agreed upon amount. The players are considered Heroes of the Town and are treated very well even if they are from out of town.

After the encounters, the minimum experience the players should have is +5 XP that will bring them half way to reaching Level 1. Of course, the Dungeon Master can give out bonus experience points to some players.