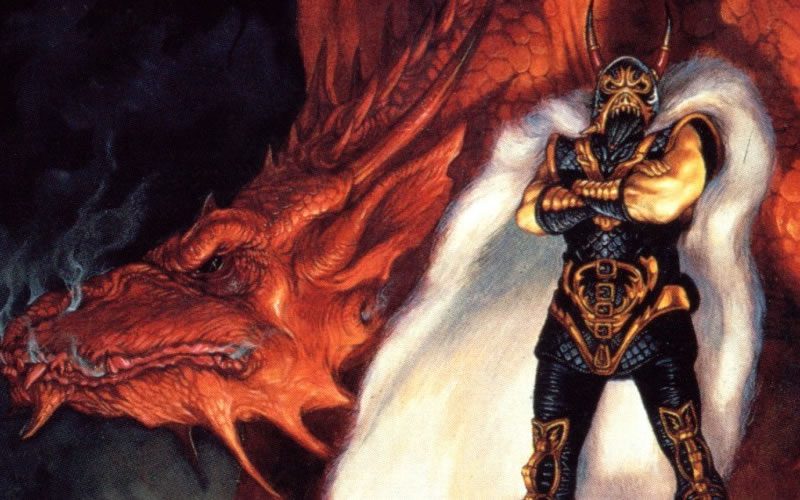 I’ve been working on a set of guidelines for a DM to use player and non-player reputation for a D&D 5th edition game.  I’d like an easy way for a DM to decide how a player might know an NPC or monster with a simple die roll.  And on the other side of the coin, if an NPC will know of a Player’s character by reputation. I’m going to have some sources I can pull from, but some that I found are a little clumsy, or too complicated.  So as I’m searching around I found this cool little scenario:

“Oi!, Bub, I know you?” The little man had appeared as if out of thin air and was pointing a finger in the bearded man’s face.

“No. I don’t believe you do,” the bearded man replied and glanced around the busy market square to make sure no one else had seen him.

“I bah’lieve I do,” the little man poked the other’s chest, “Yer are Gwarlen tha Mad!” the little man’s voice rose in excitement, “Yer are tha man what’s been crossing the kings men and hiding in tha hills. Son, you’ve shure got tha king riled!“

Gwarlen started to turn away from the loud man but caught two guards looking his way from across the market, to late, he thought and began to unsheathe his sword. [see 1]

The reputation of Gwarlen caused him to be recognized on the streets by a commoner. This could be part of the story that the DM setup, but having a guide would help.  That same trouble from the guards from Gwarlen’s infamy, might mean dealing with the thieves guild in a positive fashion.  There are variant rules in d20 that I’m going to heavily modify for use with D&D 5e [see 2]. So I’m going to try and combine all of this into a simple DC score, that an intelligent creature would make an intelligence saving throw against.

Players may also want to know if their characters recognize a particular NPC or monster. Sometimes the DM will simply say they don’t recognize the NPC. But a reputation check can help GMs in these situations if it is questionable. If the players ask if they know of an NPC that they meet, then the DM will choose a task difficulty and use the DCs from task difficulty table. The player’s make an intelligence check and compare it against a DC that was set by the DM to see if they know an NPC. But with guidelines that task difficulty could be set in advance.  So what do I need to do to get started?

After going through this I wrote down a list of objectives for setting up a Reputation guideline:

From this, I can start looking at task difficulty, and how it could be applied to levels.

So Here are the typical difficulty classes for ability skill checks in D&D 5th edition:

With the list above, I can see that there are 5 levels that can be used, for Player character levels and these correspond neatly to the tier levels setup in 5th edition.  So I’ll need to pull out my player’s handbook and write this up based on levels and the difficulty class.

So using the task difficulty guidelines, we can build the difficulty classes based on levels, and the sphere of influence that a reputation will travel.

A player doesn’t decide to directly use his reputation. The DM will decide when, and if a character’s reputation is relevant to an encounter. At the moment it becomes pertinent, the DM makes a reputation check for an NPC or monster that might be influenced in some fashion due to the character’s notoriety.

A reputation check is a PC or NPC’s ability check, and uses the target’s reputation as the difficulty class. The DM may substitute a history or religion skill bonus for the Intelligence modifier if he decides the character’s past activities apply to a particular field.

For example, if the character were a cleric, Intelligence (religion) might be appropriate for the NPC if it is proficient in that skill. So a church clergy might recognize the cleric more easily since he is proficient in religion.  If the player character were a fighter, with a noble background, then perhaps an intelligence (history) check would be appropriate.  These quick checks could be done before the start of the encounter, so the DM is prepared if the players meet the NPC, or just as easily done on the fly.

Modify the results of NPCs’ and monsters’ interaction skill checks the same way that was afforded the Player Characters.  Advantage/Disadvantage based on whether that PCs recognize the NPC based on their reputation.  The DC for an NPC is determined by their Hit Dice.  So an NPC with CR 10, would have a DC of 20 for the players to recognize it.

So once a PC, NPC or monster recognizes another PC, NPC or monster then how will this affect in game interaction?  This can be handled as fame or infamy.  It is simple if alignments are polar opposites, like Lawful and Chaotic, Good and Evil, then they would each think of the other’s reputation in a negative light.  But How would a Lawful Good interact with Chaotic Good?  There are so many situations, that it is all according to the DM’s fiat.  Evil Leader of a secret cult will most likely have a negative opinion of the player character heroes.

The advantage/disadvantage on these skill checks applies only when a character is interacting with an NPC or monster that recognizes the character. Others present in the encounter are unaffected by the character’s reputation.

Example: The 10th level dwarven fighter PC (soldier bkgd) walks into one of the Boar’s End bar, and at 10th level has a DC of 20 to be recognized.  He begins to talk to the barkeep. He’s looking for some help, and needs to see a magic user. There is an NPC Wizard in the corner of the bar and has a History of +6.  He makes an intelligence (history) saving throw check and gets a rolls of 14.  His eyes get big as he knows this is the hero of Silvermoon – The Barthrick Greybeard, and has a positive opinion of him.

The barkeep points over at the wizard, and Bathrick turns to see the wizard already staring at him. Bathrick walks over, and would have advantage on deception,intimidation, performance & persuasion ability checks with the Wizard.  Bathrick is needing help and is going to ask for help from the Wizard but it’s not an easy task and will need to persuade the Wizard.  It’s going to be a lot easier since Bathrick’s reputation precedes him.

I start to think about what if an NPC is not public with his tyranny, or evil.  Like the example above of the evil leader of a secret cult.  He won’t have a reputation as he isn’t publicly on display with his acts. If he is really bad though, he is doing a lot of really bad stuff, and people will talk. And perhaps that is how the PC’s find out that there is a secret evil cult in the first place.

So as your characters level up, you might feel inclined to take this a step further and introduce henchmen & hirelings like from AD&D 1st & 2nd edition.  The henchmen could be followers that the players attract to their cause because of their reputation. They could even be close advisers, or even adventurer’s in training.  All of this will complicate things, so you’ll have to be careful.

A henchman is a PC’s friend, confidante, and ally. If this aspect of the NPC is not stressed and played well, the henchman quickly becomes nothing more than a cardboard character, depriving the DM of a tool he can use to create a complete role-playing experience. For the DM, a henchman is just that—a tool, a way of creating an exciting story for the player characters.  Among the things a player should keep track of is a henchman’s experience point total. Henchmen do earn experience points from adventures and can advance in level. However, since they are not full player characters, they only earn half the experience a character would normally get. [3]

But if you don’t want to keep track of experience and leveling up henchmen, and don’t think they shouldn’t be as tough as player characters, then maybe use the Minion rules for those henchmen.  Check them out below [4].

The characters should also be given a chance to build their own towers, and have hirelings to help them take care of affairs.

Let me know if all of this will work for you, or if I need to make any changes.  Thanks again for reading. And as always check out the facebook group for discussions with fellow gamers: https://www.facebook.com/groups/DnD5th/