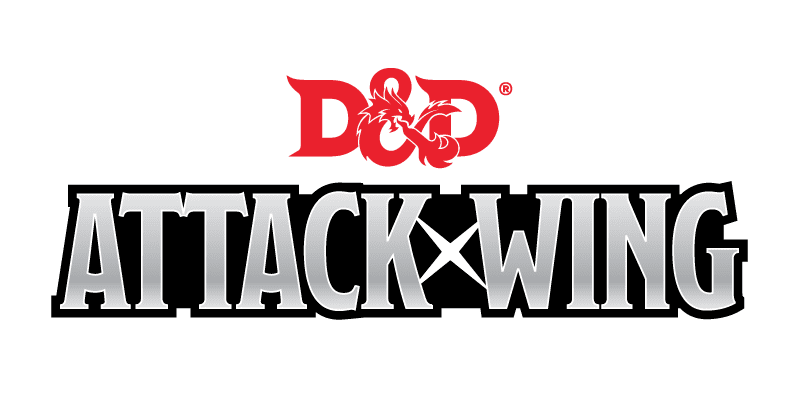 This past weekend we gave Mason the D&D Attack Wing game for volunteering to help out at the MACE Gaming Convention in Charlotte, NC.  So, I took some pictures of the unboxing, and then we played a few games after setting everything up.  This game has been out since the end of October, but our local gaming store had one available and wait for me to purchase last week. 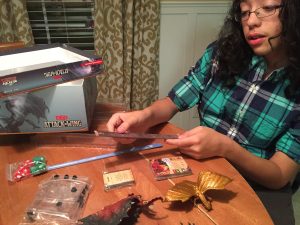 As far as I know there are different genres that use these same Fantasy Flight Games Flightpath system rules: Fantasy Flight Star Wars X Wing, Wizkids Star Trek Attack Wing, and Wizkids D&D Attack Wing.  And the dice that are used are very similar by color and use, but slightly different for each game based on genre.

The game requires setup and you do need to be organized. There are a lot of small pieces, movement dial assembly, and the miniatures have to be put on their stands.  So the box is rather large to accommodate all of these pieces. In contrast, the starter set box for my Star Wars X Wing game is about 1/3 the size of this box.  But each box has the same problem.  A big hole in the top so they can display the miniatures before you purchase.  I later fixed the hole by cutting up the loose plastic cover and adding some gorilla tape to cover the hole. Voila! 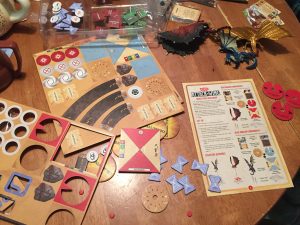 The dragons are pretty big and match the sizes of the other Wizkids D&D miniatures (actually they are the same miniatures except they have a small plastic piece jutting out the bottom).  Two of the dragon miniature’s wings did come out misshapen from packing, so with a little hot-water I was able to fix the wings.  I also made the red dragon’s wings flare out a lot more than I think WizKids intended with the miniature mold. I might also touch up some of the paint on the dragons.

I got all those tips from Teri Litorco.  She has a YouTube Video that shows how to do that, and also some tips on painting and touching up the miniatures. She also has a unboxing video for the Start Set, and she has videos on all the expansion sets.

Here are what the red & blue dragons look like coming out of the box, and you can see the difference further down in this post: 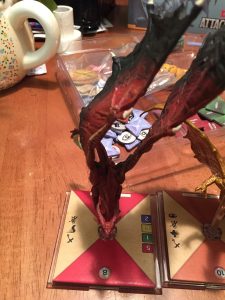 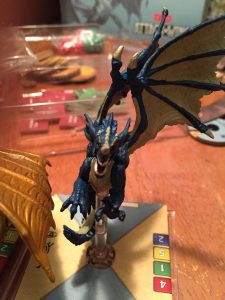 Since, the game is almost identical to the other Attack Wing games, the rules and dice seem fairly familiar to me.  Except for one tiny small difference, and that is with ground troops coming into play, and the dragons being able to go to the ground. We don’t have any of the ground troop expansions yet, but I may pick up some ground troops later on.

There are two different rule sets for playing the game, and we started with the Quick Start rules, and next we played the standard rules.  The basic game with two players and two dragons is rather quick.  It took much less time than the standard 30 minutes. And as usual I lost against Mason the first game of anything we play that is new. 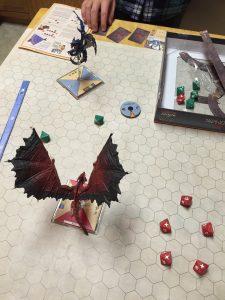 So we opted to play the advance rules after a quick break.  Ginger got in the action with the good Gold Dragon. And then I lost again. 🙁  They sort of teamed up against me. 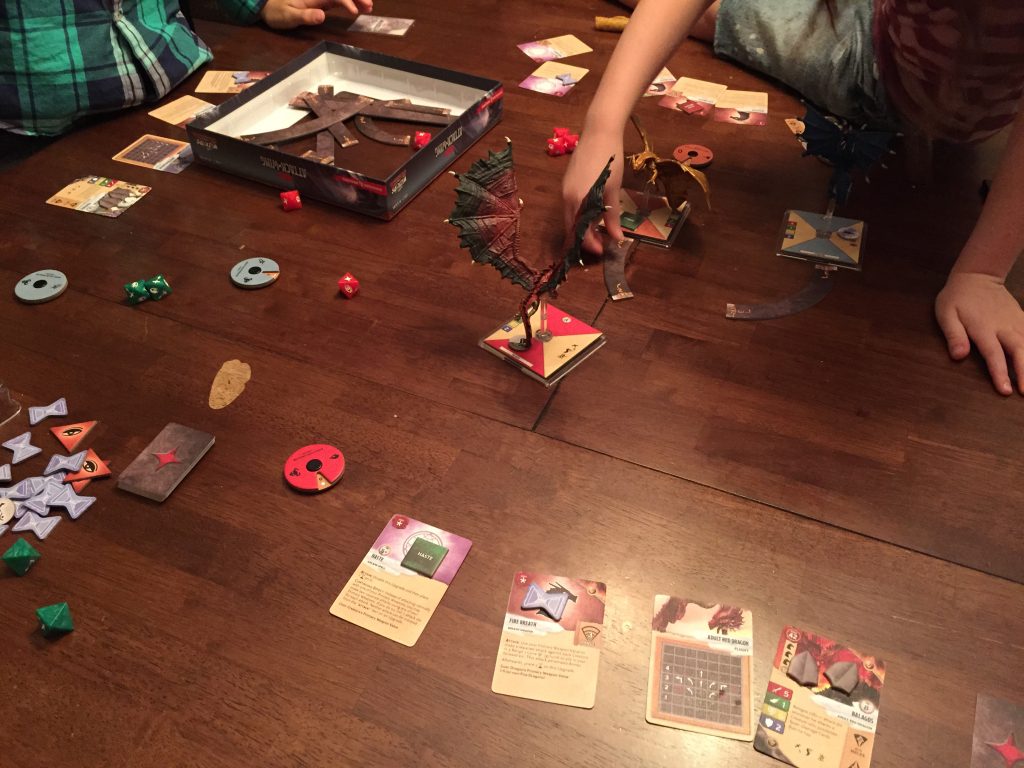 I do like the game, and I would like to see some more support for the game online at Wizkidsgames.com. You can download the starter and regular rules, but it would be nice to have an easy to find video tutorial like Fantasy Flight has for their Star Wars X Wing game.  Board Game Geek has a listing of the current and future expansions planned for D&D Attack Wing, each expansion ranges from 15 to 25$:

You really do get a lot for the money, with the starter set:

Here is the layout photo of all the items contained in the Starter Set that Wizkids sent to me: 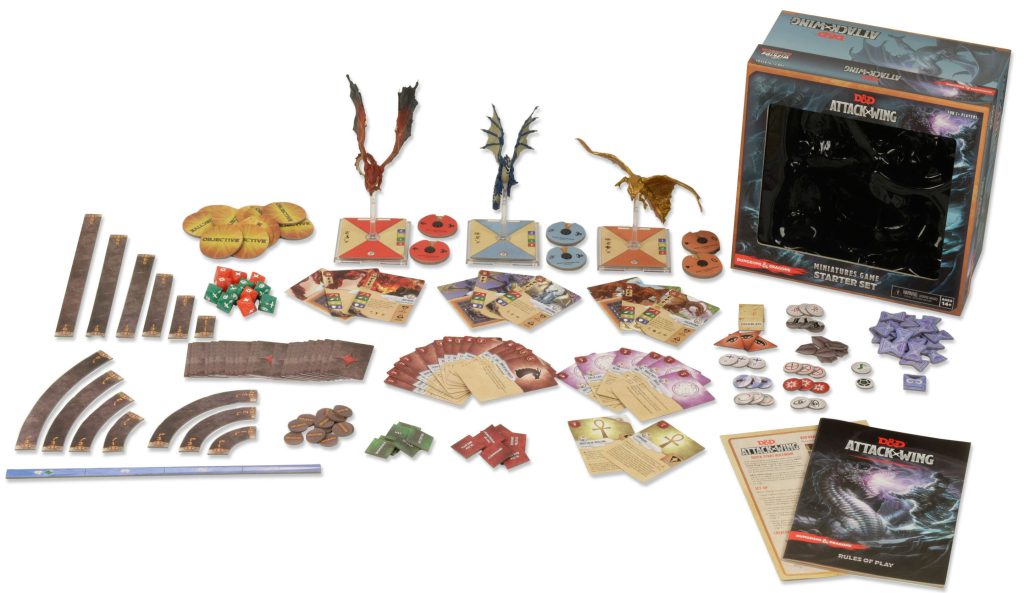 The Starter set runs for $50, but I received a discount from my local gaming store. The box is big and holds everything and has enough room for expansions. I can see using this if you wanted to have a big battle in a D&D game. Or just play the through the included Campaign Storylines in the Rulebook to upgrade the dragons. I believe that each expansion contains additional campaigns. If you like tactical board games and miniatures, then I would suggest this is the game for you.