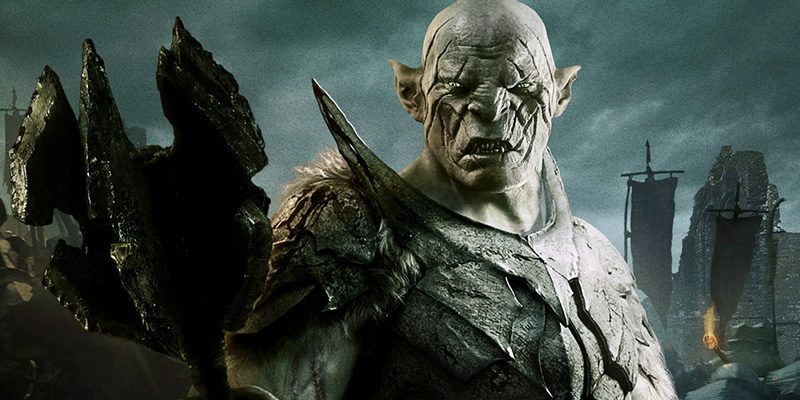 Hi, I’m John and I write as J.M. Perkins. Every Tuesday in my column ‘System Agnostic’ I’ll be bringing you a setting, game concept, or toy you can play with no matter what game system you prefer. My first post will be about an alternate concept for Orcs.

Being an Orc must be an incredibly aggravating experience.

You’re stronger than all the smooth skins and by right of your prowess the world should be yours. And yet… you get your ass kicked. Over and over, again and again. Adventurers cut right through you and your brethren. Necromancers and dragons use you as cannon fodder. Space marines shoot you at range.

Orcs are -by and large- a known quality: usually a lower-middle level threat mainly known for being a menace at sufficient numbers but sinking to irrelevance once the ringwraiths, dragons, and evil wizards show up.

Almost invariably, orcs are vulnerable to becoming a decapitated army. Orc tribes are led by the biggest, strongest, and (maybe) smartest orc who has managed to whip up his clan(s) into a legitimate threat. But as soon as they accomplish this, the chief is also the target of assassination. And once he goes down, his tribesman will immediately cease to be a societal threat and fade into the background static of a dangerous landscape.

So, how do you make Orcs different?

How do you make them, once again, scary?

Potential Stranger in a Strange Land Spoilers Below

For those not in the know, ‘grokking’ is an untranslateable word/concept from Robert Heinlein’s novel Stranger in a Strange Land. Literally meaning ‘to drink’ Grok is best explained “to understand so thoroughly that the observer becomes a part of the observed—to merge, blend, intermarry, lose identity in group experience. It means almost everything that we mean by religion, philosophy, and science—and it means as little to us (because of our Earthling assumptions) as color means to a blind man.” – Stranger in a Strange Land

What does grokking have to do with orcs?

Orcs of the Sanguine Grail

Your party of adventurers has heard about a band of Orcs that have been troubling an area. Dispatched to investigate, the heroes don’t have any idea what they’re up against.

The Orcs of the Sanguine Grail (formerly known as the Two Talon Band of Orcs) were previously the monstrous ‘whipping boys’ of Rivenford valley. Caught between an aggressive tribe of bugbear led hobgoblins to the north and the well defended riverman villages to the south, the orcs struggled to eek out a traditional existence from raiding and hunting. Seemingly every time the tribe was blessed with a leader with the will and intellect to organize and lead them to bigger and better things, the chief was struck down. And without their guiding hand the tribe was pushed back by their enemies. After the fifth such setback, and running out of options, the orcs cried out to their god.

After performing a desperate ritual filled with sacrifice, the orcs received their answer when lightning struck a nearby tree. Amidst the split lumber sat the Sanguine Grail which would change the future of the Orcs forever.

A gift of the Orc god, the Sanguine Grail is a horn of black obsidian with intricate scroll-work filligree depicting bloodletting and sacrifice. The artifact is nearly as big as a halfling, takes two to three well muscled individuals to hoist, and pulses with ominous power. Anyone holding the grail is struck with knowledge of the two distinct grokking rituals:

-The tip of the horn can be driven into the throat of a sentient creature and its blood collected in the cup. The ceremony to collect the life-blood of a willing sacrifice is a relatively painless affair that takes four days to complete. This blood can then be drank by as many as one hundred other individual participants. After being ‘grokked’, the sacrificial victim then becomes a voice in the heads of the participants; one that can offer advice and coordinate between them even at a distance.

-Alternately, the Sanguine Grail can be used to collect the blood of an unwilling victim in an agonizing ritual that takes a week to complete. This blood is then drank by as many as a dozen participants, who ‘grok’ a portion of the victim’s essence and gain some special ability or bonus formerly possessed by the sacrificial victim (subject to GM discretion).

How to Run Orcs of the Sanguine Grail

The tribe has been grokking their own leaders and abducted victims alike for months. The elect of the tribe take to the grokking ritual with religious ecstasy. Exceptional outsiders taken by the tribe for ‘grokking’ scream kick and thrash until the very end. But all will give their strength to become the strength of the tribe.

Since grokking their first war chief the Orcs of the Sanguine Grail have been capable of tactical coordination without relying on vulnerable leaders and lieutenants. Their raids have evinced a strategic competence hitherto unknown, with a focus on abduction of adepts, mages, and individuals knowledgeable about the surrounding militias and militaries. The rare survivors of their raids speak of an oppressive presence that came with the strangely silent orcs, though with the coming of the tribe there was almost a sense of many voices whispering.

Special: The Orcs of the Sanguine Grail can communicate with one another telepathically. This is perceived by those outside the tribe as distant whispers.

Special: One out of every three Orcs of the Sanguine Grail has a special ability related to one of the unwilling victims they’ve grokked. This can range from a 3rd level spells to exceptional abilities to proficiency with technology and weaponry they don’t ordinarily have access to (especially psionics, even if psionics are not normally included in your campaign).

Special: Orcs of the Sanguine grail have slightly higher stats than standard orcs, particularly their mental stats. Moreover, because their connection to the tribe flows through them at all times they have an advantage against fear effects.