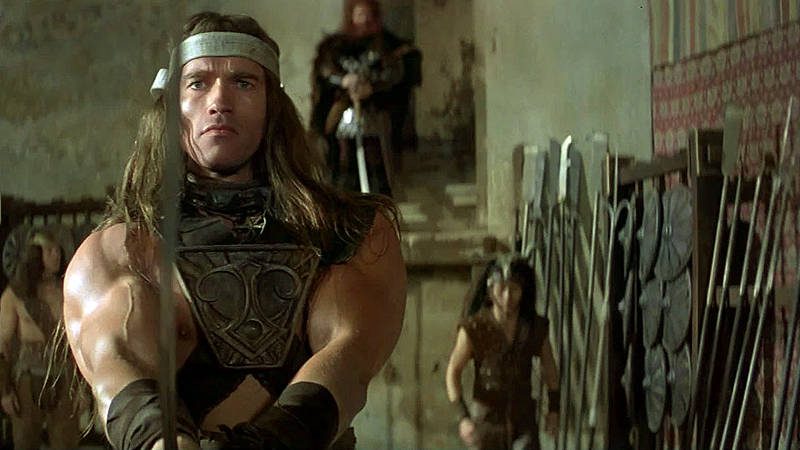 In the first article of this series, I left out an important item: the Oriental Adventures barbarian class. My plan for this article is to cover it as briefly as possible, then move on to 2e’s Barbarian kit (from the Complete Fighter’s Handbook) and the Complete Barbarian’s Handbook. Just for completeness, I’ll also touch on the Berserker and Savage kits. I’m also covering the Amazon kit, even though… yikes, in 72-point font.

The flavor text is so minimally changed to fit this book that you could miss it if you didn’t look closely.

That’s pretty much the size of it for the OA barbarian – you’re mostly worse off and there aren’t any crucial new ideas introduced, but your experience point table goes from outrageously awful to merely the worst by a fair margin.

Just as a refresher, I covered the AD&D 2e fighter class and the Complete Fighter’s Handbook back in 2017, when the world was young and we were all so innocent. Because CFH has tons of kits, I didn’t cover any of them in detail. Please take it as read that this content is intensely racist and anti-Indigenous.

It’s hard to imagine looking at anything that came before this and saying to yourself, “the most characteristic trait of barbarians is that people either really like them or really hate them,” but that’s what happens in this text.

This kit makes it into the “generic” kits of Player’s Option: Skills & Powers. The ability score requirement changes to Strength and Constitution 13+ (okay, it’s S&P, it uses your sub-stats, let’s skip it for now), and tones down your Reaction roll adjustment from +/- 3 to +/- 2.

Overall, this kit is way more stick than carrot. The extensive beneficial immunities probably don’t come up that much; the downsides are a mixed bag too. It’s cool to see the first major appearance (I’m not scraping every Dragon Magazine issue for the off chance of finding a proto-Berserker today) of the rage mechanic that is going to define barbarians from 3.0 onward. The trend-line of Berserking/raging is steadily increasing utility and diminishing risk, because shaping good drawbacks that standard fighters don’t have to worry about is hard.

This is sort of a barbarian? It’s at least an outlander. Being female is the only requirement. The text goes out of its way to say that “[i]n most campaigns, you don’t have to be an Amazon to be a female warrior: check with your DM for other ways to play a female warrior.” The text doesn’t suggest to DMs what that might mean – there’s no “how to do a sexism right” section in the DMG. I appreciate that the section ends with “In just about every real-world history and mythology, you’ll find female warriors in male-dominated societies; otherwise there would be no Joan of Arc or Atalanta of Calydon.”

Even outside the Description section and into the Role, the text grapples with the fact that this subclass is about sexism and punishing its folly. Even so, it puts it on the Amazon character to prove herself to her allies, presumed to be from patriarchal societies, and for them to prove themselves to her. I’ll suggest that this is a kind of intra-party friction that isolates the Amazon’s player in a way with a nasty failure state. The text expects that “only the most obnoxious of PCs would continue to give her trouble” – from the perspective of 33 years later, that reads like asking for trouble.

The Hindrance helps to bring about the Benefit, I guess? If you got the whole group, especially the DM, on board with smashing the patriarchy as your campaign goal, this could be a good time. In any other situation, your game is better off presenting egalitarian societies.

This kit also appears in Player’s Option: Skills & Powers. The attack and damage bonus on the first round changes from +3 to +2, and the Reaction roll penalty in patriarchal societies is reduced to -2.

We’re still in Deep Yikes with the terminology here. It doesn’t get better.

In any recognizable D&D campaign that includes combat, the Savage kit is essentially unplayable. People without access to metalworking have their own approaches to armor-making, and every part of this kit’s idea would be better with some acknowledgement of that.

The Savage kit also appears in Player’s Option: Skills & Powers, though significantly changed in function. They must have a Constitution of at least 13+, their benefit is a free +1 to three different NWPs (chosen from a list), and their hindrance is a -2 penalty to initiative in cities. That’s certainly a lot less obnoxious than “you can’t wear armor.”

Rick Swan wrote The Complete Barbarian’s Handbook for TSR in 1995. It was one of the few class splatbooks I never bought, because flipping through it in the aisle of Waldenbooks and Media Play never quite hooked me. Reading this now, um, I feel reaffirmed in that decision. The book presents itself as updating the 1e UA barbarian specifically, but it distributes relevant features across most its 128 pages. I’m going to miss some stuff – this isn’t some seventeen-part Edition Wars series!

This is pretty awful so far, but… there’s a whole lot of book left to go. I’m not covering kits in detail – that’s outside the scope of this article, sorry. Several of the kits introduce a rage-like mechanic of one kind or another, and all of them are much better than the Berserker kit I discussed above. Notably, the Ravager kit winds up more similar than not to the 3.x barbarian’s Rage feature. The Wizard Slayer, on the other hand, most resembles the 1e UA barbarian, with detect evil and detect illusion percentage chances, and their attacks striking as +1 or better weapons against resistant monsters. But hey: the Ravager and Wizard Slayer still have so many drawbacks and restrictions that they’ll be incredibly difficult to play.

There are a ton of new nonweapon proficiencies in this book, and again I’m not covering all of them. I do want to name-and-shame Horde Summoning: a proficiency you can buy at any time but can’t use until 10th level, and accompanied by more than a full page of rules. There’s nothing here that shouldn’t have just been folded into the rules for your Followers. Wild Fighting (reminder: “nonweapon” is not similar to “noncombat”) points forward pretty strongly to 3e’s Power Attack feat and 5e’s Reckless Attack feature – just much more punitive. There’s a check, and if you fail it, you get all the penalties and none of the benefits of Wild Fighting.

This is a transitional period for the barbarian class as a concept, with a gradually increasing emphasis on damage output and Action Hero Stuff. It still emphasizes things that exclude you from the core gameplay experience of D&D, though, such as gaining and using cool treasure. I’m guessing that players and DMs quietly ignored those restrictions on the regular, because (among other things) they don’t make narrative sense.

I am by no means a sensitivity reader or any other kind of expert, but I think the Complete Barbarian’s Handbook genuinely might be the most offensive and racist text in the whole history of D&D. Barely a page goes by without something shockingly awful, combined with an incredibly punitive gameplay experience. I haven’t read everything, though, and Maztica is one of those gaps in my knowledge. There’s still room for me to be disappointed.

WotC – Dragonlance: Shadow of the Dragonqueen ...