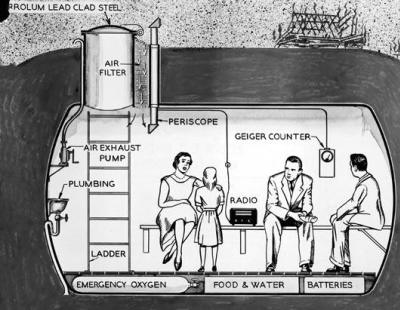 My name is John, I write as J.M. Perkins, and I spent a lot of my childhood preparing for the end of the world and how our family was going to survive it. (My parents were evangelical post-tribulation biblical literalists if that means anything to you.) I’m also a huge geek, fairly experienced gamer and game designer, and my survivalist background comes up a lot in the games I play and how I choose to play them. On Tribality, I’ll be producing a column about survivalist gaming and I need your input to make it great.

What is Survivalist Gaming?

Lots of RPGs setting are based after an apocalypse (and, I’ve been told, this is also true for a movie or two). Even when they don’t RPGs almost universally take place where ordinary order (such as it is for the setting) has broken down and the characters can not rely on society for protection, emergency response, food, water, and more. Which means that, players trying to make it through a scenario alive and preppers stocking their larders for after SHTF* have something in common. They’re both thinking about how to what violence, medicine, and resource acquisition look like when you can’t rely on anyone else providing it for you.

In the coming weeks, I’ll talk about the intersection of real world survival skills and their intersection with gaming. Specifically, I’ll be looking to do columns about:

But all that said, I’m curious as to what you -you amazing Tribality readers- would like me to write about?

Did you have questions?

Related topics that are particularly of interest to you?

Sound off in the comments, and I’ll try to customize the coming weeks with articles that are of particular interest to you. And while you’re at it, if this concept is interesting to you be sure to hit one of the ‘share’ buttons over to your left so we can get more people in on this conversation.

*Shit Hits the Fan – The catch all term for when normal societal functions break down and all the emergency measures that have been prepared need to activate.