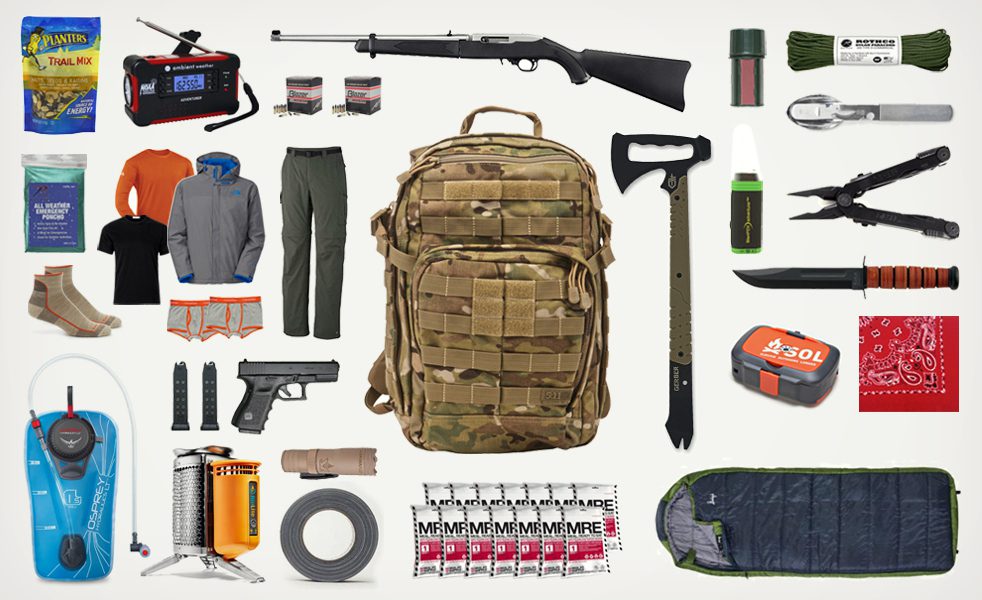 *Note: While I won’t be system specific in this article, what I most commonly play is Pathfinder so you’ll find most of the suggestions drifting in that direction. If you have suggestions, tweaks, or alternate items for your particular flavor of Dungeons and Dragons, Savage Worlds, Torchbearer et al please mention them in the comments!*

The Bug-out Bag (most commonly referred to as a BOB, also sometimes go-bag, and a 1000 other names) is a staple of survivalist preparation. The concept is simple. In order to get through a slight disruption (earthquake), evacuate an area, or get to more permanent shelter you want to have 72 hours of supplies in a portable form (usually backpack). There’s lots of debate about the best contents for a real world bug out bag (because survivalists *love* obsessing about gear) but if you’re interested in one for yourself the red cross has a handy intro article (basically, food, water, first aid kit, extra walking shoes, knife, flashlight are the absolute essentials in my mind).

But what would go into a fantasy game BOB? Learn more after the jump.

In a survival situation you’re looking at satisfying essential needs with this approximate level of importance to each – Water, Food, Shelter, Medical Backup. People can debate where ‘Protection’ should be placed, but if we’re discussing your best chance for surviving long term you’re probably better off avoiding danger and violence rather than riding out to meet it head on. (Although this is true for an individual, it becomes increasingly less true for groups especially when they encamped/laid claim to resources that are important to them.)

Ideally, your  fantasy go-bag would be a Masterwork, Waterproof backpack and I’ve broken down what it should be filled with, ordering the gear from the mundane to the outlandish:

What would you put in your fantasy go bag and why?