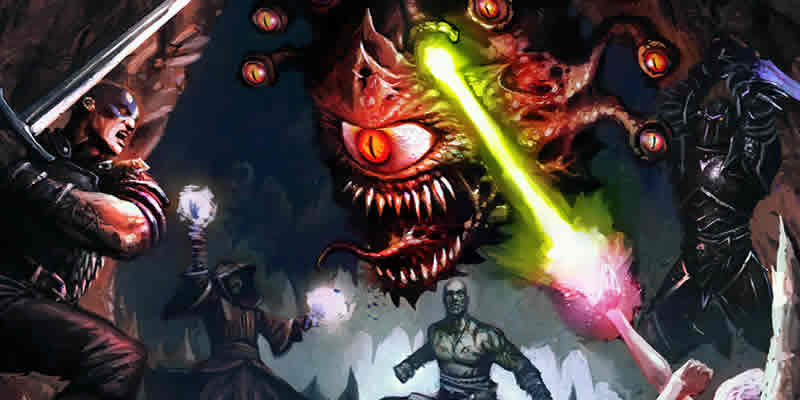 We’ve all been there; real life intrudes in our role-playing and we simply don’t have time to game like we used to. I know that my daughter definitely scored a critical hit against my game time and I’ve been scrambling to adapt. Here’s some advice on scratching the gaming itch when you don’t have time to sit at the table; both ideas I’ve used and ones suggested by the brilliant gaming minds at the r/loremasters and r/pathfinder_rpg subreddits.

Yeah, believe me, I know it’s not the same. While most tabletop players also play video games; they are distinct and are (ideally) enjoyable in different ways. But when you don’t have time to gather socially, having software be your GM and the other characters can be just enough to help you get through a tabletop dry spell. Even better, since people have been making stellar digital RPGs for over two decades you can play through the ‘greatest hits’ back catalog of amazing titles that you missed. Specifically, pausable single player RPGs fit into any schedule. Look up the ‘best of the best’ list of RPGs and get playing!

I’ve never met a gamer who didn’t have ideas: about kickass characters, magic items, settings, and more. But it’s always an issue that making cool stuff takes time, usually time you’d rather spend gaming. So… since you can’t play why not take all that bottled up enthusiasm and make all the gaming stuff you’ve been dreaming about?

If you’re a GM, now might be the perfect time to chart out your ideal campaign; prepping dungeons, encounters, and scenarios for the next time you get a chance to sit down with players. Even if you are ‘only’ a player, just because you can’t play the neat character concept you dreamt up doesn’t mean it won’t be fun to stat it out, release it into the wilds of the internet, and let other people enjoy it. Even better, if the stuff you make is cool enough you might even pitch it to publishers or -if you’re working with a system that offers an OGL- you can even self publish it and potentially make some money. (More on publishing RPG material in a future article).

While reading a story isn’t the same as creating a story with your friends; sometimes being swept up into a well crafted adventure can be just what you need to satisfy (or at least mollify) your gaming itch. Fantasy epics like The Name of the Wind, A Song of Ice and Fire, The Wheel of Time have a lot to recommend to gamers.

Alternately, if you’re interested in exploring your favorite game setting both Dungeons and Dragons and Pathfinder have established lines of tie in fiction that can plug you back into a world you love. I particularly enjoy the Dragon Below & Heirs of Ash Eberron trilogies from Wizards of the Coast and Death’s Heretic from Paizo.

Are you only available from 12am-4am pacific as you work the graveyard shift? You can probably find some Australian gamers who are interested in playing 7pm – 11pm. Suddenly find yourself with a free afternoon? Somewhere there’s probably a group wanting to run a Pathfinder Society module who definitely needs a 4th (or even 6th).

To learn more about virtual tabletop, check out our interview with Doug Davison of Fantasy Grounds.

The other (most likely digital) no-time tabletop solution is play by post. This is usually done in a forum specially created for the purpose. The players set a post update schedule (maybe once a day) and then log in to read what the GM has posted and what the other characters are up to before adding their own character’s actions. While games like this can take a long time (especially when it comes to combat) players might actually discover that these games are more engaging; since players can take more time to describe -in detail- their character actions and choices without having to worry about ‘slowing’ a game that runs in real time. Also, play by post games tend to be more heavily focused on role playing, less on hack and slash combat.

For tabletop gaming addicts, nothing can truly and permanently replace the fun of sitting around a table with some dice and your best friends making up a story, creating in-jokes that will confound outsiders for years, and geeking out playing your favorite RPG. But when real life makes this impossible to play (for now) I hope the suggestions above will help alleviate the discomfort.

And what suggestions did I miss? How did you deal with the time in your life when you couldn’t game regularly? Be sure to fire off in the comments.