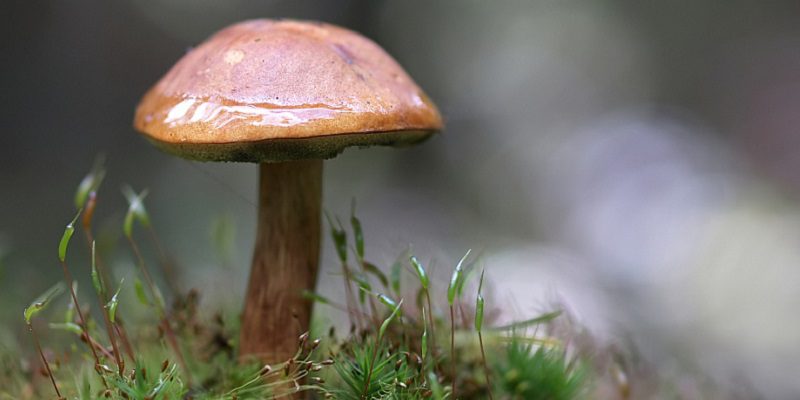 Based on this prompt over at the r/dnd subreddit, I decided to create my own dungeon based on a fungal growth. While drafting this, I wanted to explore a couple of thoughts – I’ve always liked engineered organisms designed for a purpose, I think that when you ground a story in economics filling in details and motivation becomes easier, and finally I really like the idea of looking at other methods of ‘feeding’ and I’d yet to design a monster that was (essentially) a filter feeder. Working with this, what I came up with was The Sieve.

The sieve was engineered by brilliant scientists (alchemists if you’re playing fantasy) to serve as an inexpensive method of ‘panning’ for gold along an isolated river.

Several types of fungus (including Ophiocordyceps unilateralis or its equivalent) were combined and teased into the form of this chimeric creature; all due to the creators’s belief that it could make them rich. Gestating the fungus in a small stream bed, the sieve began to grow as water coursed through and by it. It consumed any organic matter it encountered in order to grow larger, trapping and grinding it up through its feeding slits. Any gold or other trace metal was excreted into into specialized pouches along the sieve’s side, where its creators could easily harvest the material as the sieve itself continued to suck silt and sediment and grow larger.

The sieve functioned admirably, growing steadily from the size of a single coin into a towering, pulsating, red-pink complex the size of a city tower laid upon its side. Its ability to extract gold from the sediment as it slowly undulated upstream produced great wealth for its creators. The decision was made to attempt to induce the sieve to reproduce so that they could run similar operations on other, isolated waterways. All that changed when the sieve began to spore. Rather than creating viable copies of itself, the sieve instead put out a fine mist of spores capable of infecting vertebrates, shooting fungal tendrils deep into the creature’s flesh. Any creature thus infected would be  compelled to work tirelessly to increase the amount of organic material fed into the sieve’s massive filter/grinders; usually by dumping it just upriver of the sieve.

The sieve has the intelligence of an average human being, although an entirely alien mindset. Its senses scent as processed through a intricate series of thousands of olfactory pits (making sneaking up on it potentially impossible) and it communicates with its off shoots via overlapping mists of pheromones. Nearing capacity with its current river and sensing a growing scarcity of food, the sieve is currently growing it’s next iteration of spores; ones that are intended to drift onto other water-ways and grow into fully realized sieves of their own.

The sieve is riddled with tubules large enough for a human sized creature to crawl through (or a child sized creature to walk through). These are used by the sieve to force air, water, and other important matter throughout its body; or to shelter and feed the infected that retain their usefulness. Hostile creatures attempting to move throughout these tubules will have to face crushing, grappling damage alternated with washes of digestive enzymes or water as the sieve attempts to kill any intruders.

Near its core are its filter-grinders – thick, web-like strands of fungus coated with alternating rows of bony growths. Water and food is shot through this area and matter is digested or sorted and squeezed out to the rest of the sieve’s body. These filter-grinders can also be reached more easily by following the stream’s path directly into the core of the sieve; but the fast rushing flow of water over innumerable rapids make such entry perilous.

The sieve is slowly crawling upstream, at the rate of about a tenth of a mile a day.

Creatures and animals exposed to the sieve’s spores have a chance of being infected and colonized by the sieve. Fungal tendrils spread throughout the creature’s body and upon colonization by the sieve the infected are compelled to dump food ‘upriver’ of the sieve so that it can flow/float into the creature and be absorbed. The sieve is utterly indifferent to the type of organic matter procured – trees, slaughtered animals, sentient creatures, or even excrement can and will go feed the sieve.

Marching and working its converts past the point of collapse and exhaustion, the sieve will then callously discard any infected that has outlived its usefullness. When an infected is unable to provide further organic matter, it will itself be compelled to entire upriver and float into the sieve’s filter-grinders.

The area for miles around the sieve is barren and empty, stripped of all vegetation and life by the infected in order to further feed the sieve.

If threatened, the sieve will compel all its infected to rush to its aid; these creatures will fight to unconsciousness to defeat anything the sieve deems a threat. Infected do not control their own physical actions but can talk and think, most of them have long since screamed themselves hoarse calling ineffectually for help or sobbing. Almost all sieve slaves have seen the fate of the infected no longer able to feed the sieve.

One of the creatures currently enslaved carries on his person a small vial filled with an antifungal powder powerful enough to kill the sieve as well as instructions on how it might be used. Unfortunately, it will only be effective if applied directly to the filter-grinders without dilution; if attempted to be applied elsewhere the sieve’s ability to regenerate and chemically adapt will make the attack less than lethal.

Despite the fact that is has slain its creators, the sieve has lived up to its original purpose; several pounds worth of precious metals (gold, silver, and platinum) can be found secreted in specially shaped bulbous protrusions. In addition, scattered throughout the sieve are the remains of numerous adventurers and others that have been consumed – while all organic material (including leather, paper, plastic, or any animal or plant product) long since been digested the sieve protects its soft, vulnerable innards from inorganic, metal objects (like weapons and armor) by encapsulating such things in semi transparent cysts scattered throughout its body.

People have been going missing, and the party is tasked with finding why.

A rival scientist/alchemist has heard that one of his rivals has made a major breakthrough. The party is hired to figure out what it is, and steal its secrets if possible.

A terrible event is predicted (the next sporing, wherein the sieve will reproduce) and the party is tasked with stopping it.

The adventurers are tasked with discovering why the local river has dried up. Encountering the sieve, they immediately realize a problem – in addition to preventing the creature/dungeon from creating any more servitors/reproducing, killing the sieve will release millions of tons of store river water at once, flooding and destroying the town(s) downstream.

So what do you think of the sieve? Have you ever used an organic or grown dungeon? Sound off in the comments, and if you like what we’re doing at tribality share us online!