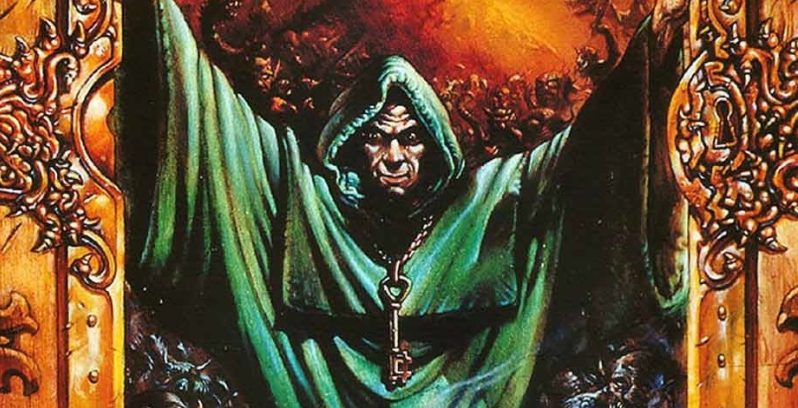 ‘Adventuring’ is weird. In a geopolitical sense, you have these supremely powerful beings (aka murder hoboes) exploring the world, thwarting (or occasionally enacting) plots that represent an existential threat to the planet, and (perhaps more intriguing) recovering artifacts & magics that are -essentially- weapons of mass destruction. This ignore the fact that the adventurers themselves are *becoming* walking, talking weapons of mass destruction. This is usually explained within a ‘points of light’ context where, while there may be towns and kingdoms with a varying degree of civilization the world at large is monster haunted and adventurers are the only ones equipped to deal with the horror. Or -perhaps more plausibly- they have a unique mix of power and gullibility to be truly useful to scheming monarchs who make exorbitant promises knowing that they won’t have to pay 9 times out of 10.

But what is the existence of high magic (either in the form of items, monsters, or the adventurers themselves) more actively figured into the organization of states in a fantasy world? What would the existence of potentially world destroying magic do to a vaguely european medieval polity? I think it might look something like Synoma. See also: the Tippyverse and Ebberon to look at other attempts to portray how D&D style magic would effect politics.

Built upon the ruins of empires of old, the nations of men and others that rose after the fall of the ancients quickly realized that power was not measured by numbers in your armies, but by the amount of magic you dug up from the ground or developed within your own people. Massive Research and Exploration efforts began in earnest three hundred years ago and every (easily locatable) ruin or dungeon was secured by a state and plumbed for its secrets. Very rapidly, five great powers emerged; each with their own specialities and unique artifacts upon which their empires were founded. Nearly as quickly, however, they reached a stalemate as they each posessed magics capable of utterly obliterating their enemies (and possibly themselves). With open war too costly to conceive of (or at least that’s the hope of ordinary citizens) conflict has transferred to proxy wars fought over and on satellite states & spheres of influence, the relentless crusades to push back monstrous, demonic, or undead forces, and finally the so called ‘great game’ of adventurers.

The Great Game: The Role of Adventurers

Most adventurers in Synoma are usually loyalists pledged to one of the five great powers, although occasionally they are mercenaries happy to take the pay of whoever offers the most coin. More paranoid states control their adventurers via leveraging threats to their loved ones, rune-bound exploding slave collars to enforce compliance, and/or mind affecting magic.  The five great powers have have identified ‘22 Paths to Power’ (what serves as character classes in other settings) and rigorously screen their population for any individuals who show aptitude for one of the paths (there is also regular abduction/recruitment of exceptional citizens of other empires). Such individuals are then conscripted (or at least ‘strongly encouraged’) to pursued developing their class abilities whereupon they are incorporated into the traditional armies or sent to join state sponsored adventurer agencies. These agencies are utilized for intrigue, covert dungeon delves (often behind enemy lines), or SWAT like fast response to emergent/quick moving threats for which the army is ill-equipped to handle.

Most adventurers in Synoma cap out at level 6; to push past is to generally become something more/less than human and insodoing wind up in the crosshairs of the other powers. If adventurers reach this point, they figure greatly into politics & plots of the greater world and have their enemies begin to develop exhaustive dossiers on their strengths & weaknesses in addition to facing regular assassination/recruitment efforts. As such, ‘min-maxing’ is something states regularly do for their squads of adventurers, as they attempt to put together the most effective and versatile teams of weirdos who regularly face down threats ‘far above their level.’ However, even as they arm themselves to take down demigods, adventurers must regularly move throughout the paranoid world of Synoma without attracting notice. Some rare adventurers manage to keep their abilities secret and become independent operators; but these are the exception rather than the rule.

Adventurers in Synoma function as something between secret agents, special forces, and an armored tank division – with their sponsor states ready to disavow or betray them following a failure or even if they seem to have grown too powerful, This is of particular import as one of the current ‘big five’ powers was founded by a group of adventurers who recovered and artifact that put them on equal footing with the other empires and allowed them to carve out a kingdom of their own.

Immortal, druidic banker elves do not control any specific empire but instead exert massive influence over the globe with their ability to influence monetary policy and the accordant wealth its generated. They are relatively few in number however as -after centuries of familiarity between them- they can barely stand the sight of one another let alone breed together. Half-Elves (of every race) are numerous however, with many working as enforcers or agents of their elven parent.

Orcs of the Sanguine Grail are an emergent threat that none of the great powers have the desire to deal with. They currently threaten numerous vassal barbarian ranges in the north.

The City of Salt in Wounds very much exists in Synoma, in addition to numerous other cities whose odd economies are built off of magical artifacts/creatures.

One of the Paths to Transcendence is often utilized by state sponsored adventurers.

Magical creatures/monsters (of various levels of domestication) are widely used for economic and military purposes.

Anyway, what do you think? Should I fill in more details of the world? Would you play a campaign set in Synoma? Sound off in the comments.