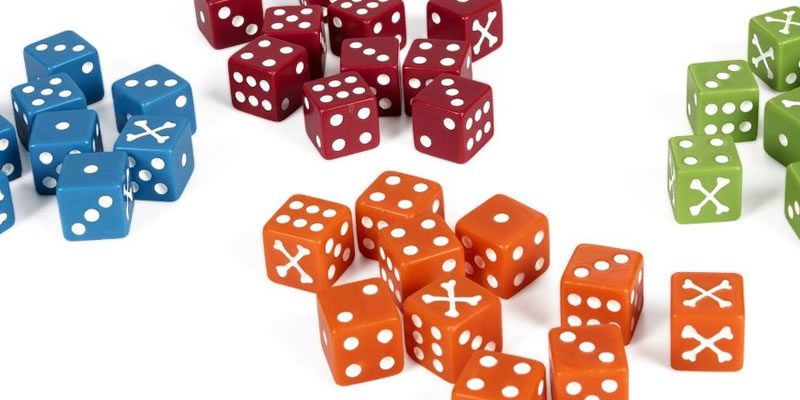 From the publisher:
“It’s the fast-moving dice game with a wild side! Players roll all 10 of their color dice at the same time. Dice that come up bones are wild – they count for any number you want. Keep rolling until one player has all 10 of their dice with the same number. Includes rules for 8 other games.”

Inside the Battling Bones box you’ll find instructions and 40 dice in 4 different colors (so there are 10 of each color). Each color has seven standard 6-sided dice and three with 2 sides with number replaced with Xs (different numbers are missing on each die). 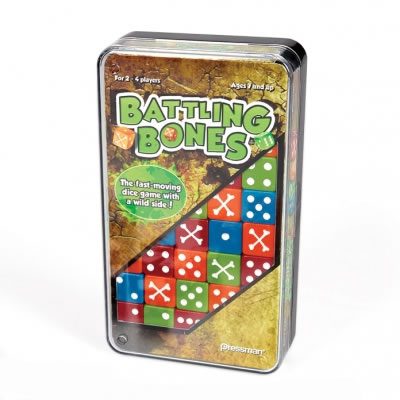 I picked this game up for $12 online at Indigo.ca after Christmas. We played this game a couple of times with ourselves and with guests and had fun both times. We have not brought it back out again… yet. I’m sure we’ll play it again as a warm up on game night or if we have company over.

I softly recommend buying Battling Bones, especially if you can get it for closer to $10 than $15 like I did.

System Agnostic: The Home of the One ...