System Agnostic: The Home of the One Hundred Saved (Shelter Dungeon) 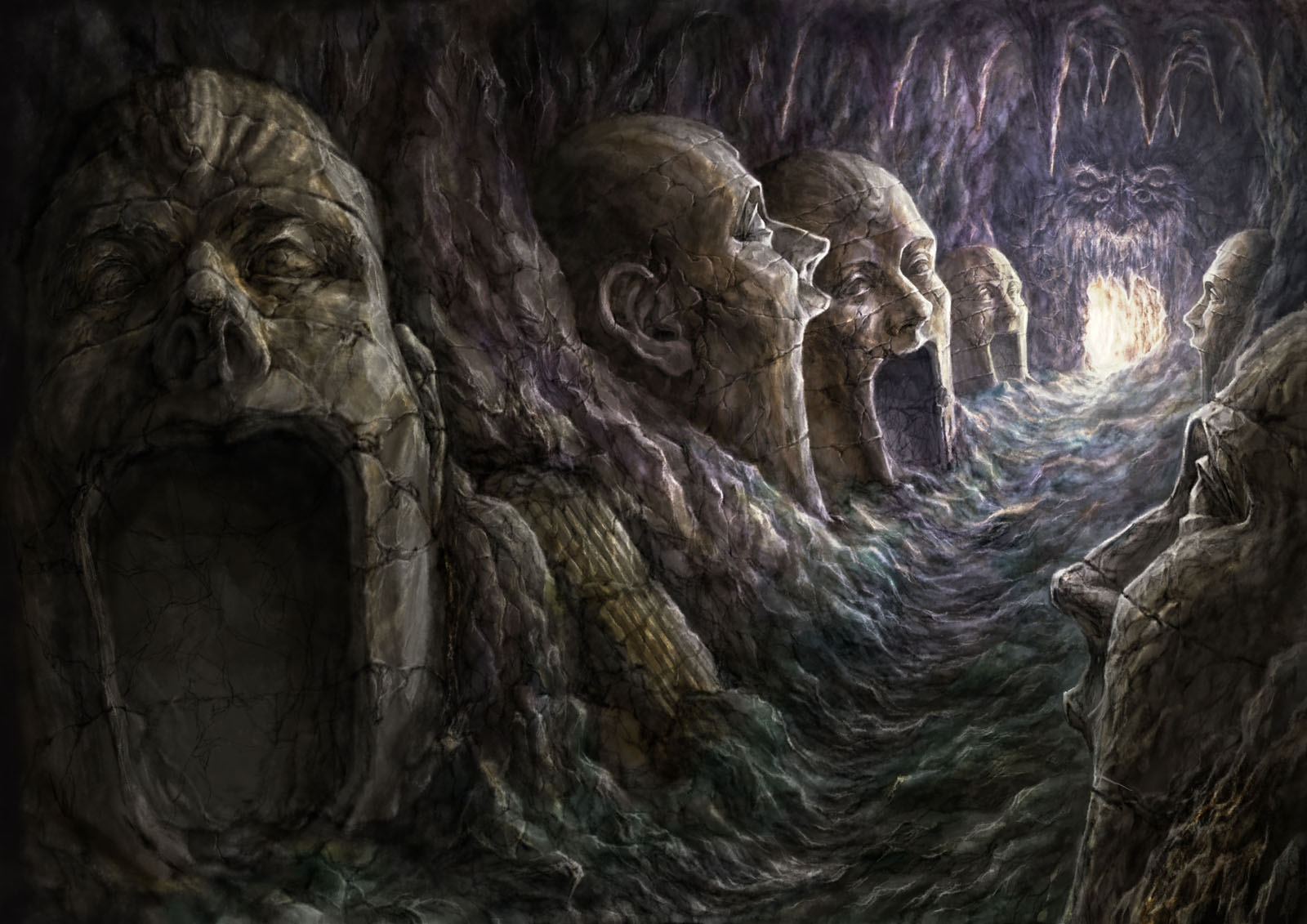 Yesterday, in my column Survivalist Gaming I discussed the concept of treating dungeons as the fantasy equivalent of fallout shelters (aka shelter dungeons). Today, I want to actually outline a dungeon concept predicated on this concept including its history, monstrous inhabitants, and how it can work in your game world.

Dungeon Concept: The Home of the One Hundred Saved

The Home of the One Hundred Saved is 60,000 square foot underground stone complex designed to protect its inhabitants from a predicted divine cataclysm. That particular event was averted thanks to the actions of an unknown party of adventurers, a fact that the original inhabitants remained ignorant of thanks to the nature of the magical & scry shielding that has insulated their shelter for thousands of years.

While certainly large enough to house more individuals, the ‘Home’ has only ever housed a hundred individuals. From its beginning, the Home has relied upon one hundred identical rings of sustenance to provide food and water for the inhabitants. Although there are apparently rooms designed for the the growing of traditional food, shelves for library books and scrolls, and other purposes all these remain nearly empty or have been stripped and re-purposed by the inhabitants. There were some items of incredible value brought in, tomes and artifacts that may link to an ancient past but what little remains is largely ignored by the inhabitants. Careful searching could reveal documents, scraps, and graffiti in the tongues of the ancients. Every square inch of stone surface has been carved and re-carved endlessly by the long trapped inhabitants.

More or less every single room is well lit, hundreds of everburning torches have lived up to their name.

In great hurry before he actually completed his proposed design, the builder convinced 99 of his nearest and dearest to move into his sealed vault. Due to the various farms and other facilities remaining incomplete, the ‘emergency’ 100 identical rings of sustenance were the only way to provide for the inhabitants. That was ten thousand years ago.

Many of these rooms of the home have been filled with ancient layers of excrement, although less than you would expect given the timescales involved. This is due to the nature of sustaining themselves with their rings, the only thing that has ever been excreted in the Home is the consumed flesh of the dead. Dozens of cruel traps, pitfalls, and other obstacles have been constructed at seemingly random points by the inhabitants to waylay, wound, or even kill other inhabitants either to provide for new children or to simply break the cycle of boredom and monotony.

It is entirely unknown what race the inhabitants originally were, or even if their race still exists (perhaps this can be discovered through recovery of documents and artifacts from the dungeon itself). As to what they are now, the nearest approximation of what the inhabitants are now are ‘monstrous idiot savants’ seemingly unable or unwilling to communicate (even, possibly, to one another). They speak no known language (if, indeed, they are speaking at all). The isolation and inbreeding have taken their toll on the psychological and physiological landscapes of the ‘One Hundred Saved.’ Their culture, such as it is, is based on two constants: that since the entrance has been sealed, there can only be 100 inhabitants, and the crushing boredom of confinement.

For a child to be born and weaned, an adult would have to give up their ring leading to a long slow starvation or a quick end with or without assistant. What began as an act of charity by a willing martyr continuing life in the home has now morphed into foulness and murder as new, desperate parents sought their weak or vulnerable neighbors in order to provide for their offspring.

In the Home of One Hundred Saved, there is nothing more dangerous than a recent parent.

Nearly to a man, these inhabitants are possessors of strange but incredible powerful and labyrinthine practices and crafts, both magical and martial. In the confined, largely barren confines of the Home of the One Hundred Saved they have had almost nothing to do through the long years but practice and perfect their arts, and to pass on their knowledge to the children who spent another lifetime in practice and refinement; this cycle repeating itself countless times. Their sorcery, their sword skills are almost instinctual at this point purified in idiosyncratic isolation. Every single individual has some practice, often possessed by them alone, as intricate and well developed as the oldest martial art or mystical tradition.

With great trepidation, smaller bands of the one hundred huddle together for warmth during their short nights.

The inhabitants have atrophied, almost vestigial mouth parts, not relying on their teeth and tongues for sustenance. They have only ever tasted the flesh of their own dead. As a consequence, they are absolutely obsessed with tasting new things, they will attempt to eat (or at least lick) any new being or object they encounter often even in the face of mortal peril. The inhabitants are always fully naked, all cloth having long since rotted away. All that remains is the steel of their weapons, obsessively polished. Every inhabitant is skeletaly skinny, the rings providing for their needs but not allowing for even an ounce of body fat; they will not starve but are forever hungry, desperate to taste.

Dangerous, deranged, and inscrutable; the ‘inhabitants’ are a danger to all who encounter them. There are perhaps a few amongst them still might still be redeemed… or at least reasoned with.

Numerous treasures from a lost civilization may be found within the dungeon, though many have been perverted, damaged, or destroyed in the bouts of madness and boredom that gripped the inhabitants in the endless centuries of waiting.

The door to the home has finally opened, and adventurous inhabitants (or perhaps those who have chosen to give up their rings for the young) have begun to drift out into the surrounding area.

A wizard has learned of the existence of this shelter as possibly the only link to this ancient culture, and has dispatched the party to open it for the first time.

The magical shielding around the home has finally waned to the point where a god is aware of it. They have dispatched the party on a mission of mercy, to end the tortured existence of those within once and for all.

An alchemist has learned of the Home, and wishes to examine and dissect those within.

A piece of lore or an essential item only exists within the confines of the home, all other copies having been destroyed.

Note: Depending on what level you might run the Home of the One Hundred Saved, the dozens of rings of sustenance might well be too much treasure (having a gold value of 250,000). Realistically, the value of the rings can be undone simply by making them cursed, they sustain -certainly- but at the cost of never satisfying hunger (which, in game play terms applies a disadvantageous sickened like condition to anyone who attempts to use the ring without eating as normal). Ideally, the true treasure would be some ancient artifact possibly overlooked by the inhabitants themselves but vital to your party.

How would you customize and improve the ‘Home of the One Hundred Saved?’ Let your fellow gamers know by leaving a comment. Also, know a GM or community that needs to hear about this dungeon? Share it on asap, because sharing is caring and only insane dungeon inhabitants don’t care.