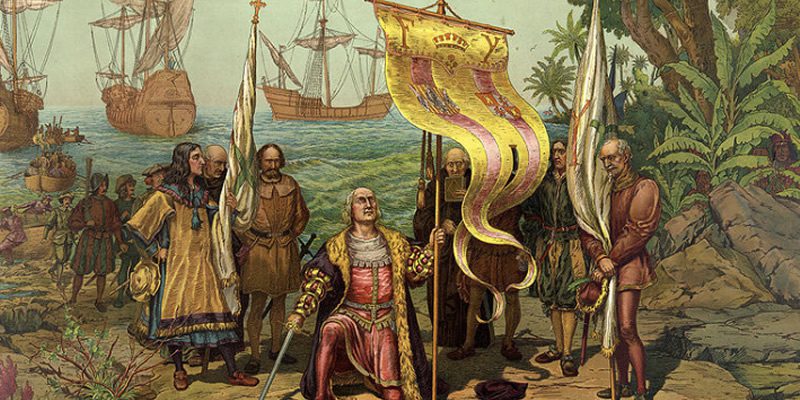 During the heady days of 2nd Edition Dungeons & Dragons, TSR released a set of rule books for running historical campaigns. These were seven books called the Historical Reference Series and they covered the following topics: The Vikings, Charlemagne’s Paladins, The Celts, Early Renaissance Europe, The Roman Empire, The Greeks, and The Crusades. Although each of them had a great deal of information regarding the historical, geographical, and political backgrounds of their foci, they had very little to do with the game mechanics and playing a full-tilt D&D campaign. I suppose the game designers assumed that these books were going straight into the hands of DMs and players who were already quite experienced and that assumption may have indeed been correct.

However, I always found forcing D&D into these historical settings to be awkward at best. With the exception of the Greek book which allowed for mythical powers and beings such as the Greek Gods, how did you explain fireball wielding wizards and clerics who could resurrect daily? Not to mention introducing races other than humans? The books themselves tried to give frail excuses on how to work them into the story or how to limit the characters’ powers to make them a better fit. But all of that just seemed like sweeping the dirt under the rug and never sat very well with me. To combat these issues, I had to become more assertive as the DM and run a few themed campaigns such as an all human musketeer storyline (using the A Mighty Fortress reference) and an all human knights campaign (using the Charlemagne’s Paladins reference).

Because of the limitations, I stopped using these historical reference books after just a few attempts and never really gave them another thought until years later. That was when I decided I was going to try another historical campaign with a twist. I began to entertain the notion that what players might enjoy better than a historical campaign would be an alternate history campaign. What’s the difference? Well just take a look at the Mirror Universe in Star Trek, or the tangent created in Back to The Future Part II, or any science-fiction/fantasy where something in the past is changed to alter the outcome of history. It is an alternate timeline where an infinite number of new possibilities can be realized. That sounded a lot more fitting for a D&D campaign to me and I went to work designing. The result was, in my opinion, a great success.

So, that being said, what follows is a showcase of five alternate history campaigns of my own design where a DM can place their players without fear of holding them back on spells or short-changing them on races in many instances. Here they are in reverse historical order:

This campaign hinges on the idea that aliens really did crash land in New Mexico back in 1947. As a result, humans and aliens soon find themselves at war and we earthlings do not fare so well. Within a few years, the world is plunged back into the dark ages with the alien overlords acting as demi-gods over their new human slaves. One good piece of news for the humans is the ability to cast magic as provided by experimental human mutation. The fight for the planet begins with just one small group of rebels and has the potential to grow into a fourth world war.

The German legend says that the great scholar Faust sold his soul to the devil in exchange for all the knowledge of the world. What if, before his death, Faust passed this knowledge onto others and brought about a new age of magic. In retribution for his teachings, the devil decides to punish all of mankind by unleashing all of his minions and demons unto the earth. In this scenario, the forces of Europe unite to do battle with the evil creatures of the nine hells that are bent on invasion and  destroying all of humankind.

The Colonization of America (1500s)

What if Christopher Columbus and the other European explorers had uncovered a fantasy world rather than the New World? Magic, monsters, dragons, and mystical artifacts are no longer legend and the technological renaissance is replaced by an arcane one. Now all of the European powers are in a race to claim land, power, and supremacy and conflict among them is just a heartbeat away. What will war look like when muskets take on magic and the newly discovered races decide to fight back?

For centuries alchemists have struggled to perform acts of magic and sorcery to no avail. But suddenly, a new approach by a Franciscan friar, Roger Bacon, is yielding results and getting the attention of the world. Before long, portals are being opened to new worlds and a cornucopia of items, races, monsters, and magic flood the earth. Drunk with power, the alchemists begin to set themselves up as the masters of humankind, mostly to disastrous and deadly results. Will you be on the side of the alchemists trying to usher in a new future? Or will you fight against them for a return to a simpler world?

The Founding of Rome (circa 750BC)

According to legend, the city of Rome was founded by two brothers, Romulus and Remus, who had both been raised by wolves. What if those two brothers had actually been lycanthropes and the city that they envisioned was to be a safe haven for other creatures of their sort. Within a few years, all sorts of mythical creatures and outcasts make the pilgrimage to Rome to find a place where they can live in peace and be accepted for what they really are. But good fortune and refuge always comes with a price and soon the two brothers are at odds with one another and battle lines are drawn. With civil war brewing, will the new city of Rome and its citizens survive? 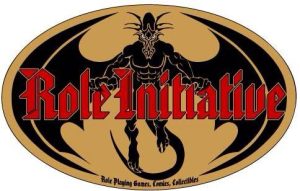 SHAWN: My fellow Canadian, A. A. Amirault will continue to write each week in his column ‘Role Initiative’. Welcome to the tribe and this article is a great start!

Blowing up your Campaign: Pyromancers for 5e ...