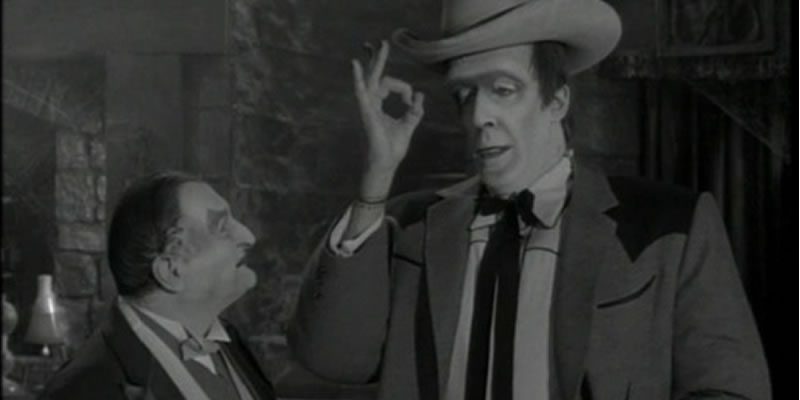 The response for one of my previous articles Grokking Orcs was overwhelming and overwhelmingly positive, thank you! Some people brought up some very good critiques + suggestions, and by far the most consistent one was that the setup I was describing (more organized, tactical, less chaotic orcs) made them slide into the territory a lot of gamers reserve for Hobgoblins. Which is perfectly legitimate; I think the triune setup for goblinoids and orcs goes – hobgoblins effective lawful evil, bugbears effective neutral evil, goblins ineffective chaotic evil/orcs effective chaotic evil. This is pretty well established in part because it works very well and you have a go to monster depending on your needs.

But I wanted to record some thoughts about tropes monsters playing against or with type (which the Orcs of the Sanguine Grail are doing) when and why it should be used and how to do it better.

One of the useful (and occasionally constraining aspects) of speculative gaming  (and the speculative fiction canon that feeds into and informs it) is the abundance of tropes. TV Tropes (and absolutely fabulous website that can eat your life if you’re not careful) defines tropes thusly:

Above all, a trope is a convention. It can be a plot trick, a setup, a narrative structure, a character type, a linguistic idiom… you know it when you see it. Tropes are not inherently disruptive to a story; however, when the trope itself becomes intrusive, distracting the viewer rather than serving as shorthand, it has become a cliché.

With this in mind, the most common tropes around Orcs inherited from Tolkien are: rather simple, bloodlusty, fanged, dangerous, hate-filled, chaotic evil humanoid monsters, (sometimes with black skin) and usually being used or ran by a bigger, badder, bad guy. Later, they inherited default green skin and tusks. These concepts come together to create the ‘Orc’ trope. If you mention an Orc this is the picture that gets painted in most peoples head. And that’s the great thing about tropes; they’re incredibly useful shorthand to save time you’d otherwise have to spend explaining.

While tropes aren’t inherently bad, a lot of times they have issues.

Lots of people have pointed out the potential racist (not to mention sexist) problems in Tolkien’s work which is something that gets absorbed into a lot of the fantasy canon. Some of this comes up in portrayal of Orcs, the uncivilized, dangerous (maybe natives) that must be fought by (most often) super-white guys with the trappings of (not) europe. Orcs are apparently sentient people that it’s perfectly moral to bash on the head and rob (because of their nature). This is suspiciously like an imperialist view of real life native peoples, and makes stories told in this way unfun for a lot of people.

Alternately, sometimes tropes are just boring; tired and dull; which is a different way that Orcs can be unfun.

One way people deal with that is by redefining ‘their’ orcs, the default version in their world. Usually creators keeping perhaps the name, some of the identifiable features but recontextualizing them as vegetarian shamanic people facing a cultural genocide from a European like culture like in Dominic Deegan. Or the proud warrior race from Skyrim and a thousand other sources. The simplest recontextualization (and one I heard about most often in relation to Orcs) to transform tyrants or a bloodlust fueled society/race to a proud warrior culture – as probably any real life example is going to have a mix of admirable and despicable qualities.

Personally, I think the more interesting path is this; when designing monsters celebrate and exemplify what people most often find most interesting about them and use individual, regional, and faction variety to play with type.

Drizzt Do’Urden is perhaps the most famous example of a character playing against type: basically all Drow are magical sadistic torture aristocrats, he’s a good guy. This ‘heroic outcast from a monstrous people’ model is so common that it (and Drizzt in particular) causes eyerolls amongst many now. But it’s one of the keys to the popularity and longevity of the character – learning to ‘do good’ when the culture/background/instincts would point you in another direction is the stuff of amazing stories like this one about an Ogre and an intelligent greatsword.

But I think that the ‘lone exception’ is limited and unsatisfying because very rarely are people solitary, most often when they change they change with their surroundings and with and through the people around them (the endless legions of familyless adventurers notwithstanding). Which means a better option is exceptional tribes, clans, and cities where the inhabitants have learned to play against type in general.

The wonderful thing about monsters acting out of type is every example is a story ready to be told. Orcs acting how you expect them to? Been there, done that (not that you can’t make a compelling story similar to what’s been done). Orcs acting out of type in a single group? What and why? Learning about what makes *these* orcs different is exciting. Plus, with variation you remove the monolithic sense that the race is all the same, which so often destroys verisimilitude and pushes your world to feel generic.

Places should have identity, and variation amongst the folk that live there is an important part of creating that identity.

The Seeds of Change

Also, in general we should build out of what already exists as opposed to keeping the name, appearance, and changing everything else. And in real life, people and peoples change because they encounter pressure to do so. So, if you’re designing monsters (or even non monsters) acting out of established ‘type’ imagine what forces pushed them to do so, imagine how -rather than just spontaneously generating new traits- they changed and altered their existing aspects. There’s lots of examples of this from the real world but you need look no further than dog breeding – boston terriers for instance began as a fighting breed but their flat faces and jowls (useful to minimize biteable area and prevent bleeding out from a nicked vein) were considered cute so they were recontextualized as a toy breed and bred down in size.

Or look at soldiers coming back from war. The obvious transition is from soldier to police officer or security, but they also might get into shipping and receiving for a national chain or even go into international aid – perhaps having experience managing juge

Everything specializes to some degree, and then new pressures, new environments, and new competitors forces them to figure out how their physiological and cultural features can be utilized in a new way.

Look at pictures of orcs, look at what they carry, look at how they are built. What else could they do with their bodies, with their implements? How can swords become ploughshares, how can pruning hooks become spears?

In everything is the shape of everything else it might be, if only you learn how to look.

What are some of your favorite monsters that play against type? What are examples where people did this poorly? How do you utilize these concepts in your own games? Sound off in the comments.