System Agnostic: The City of Salt in Wounds 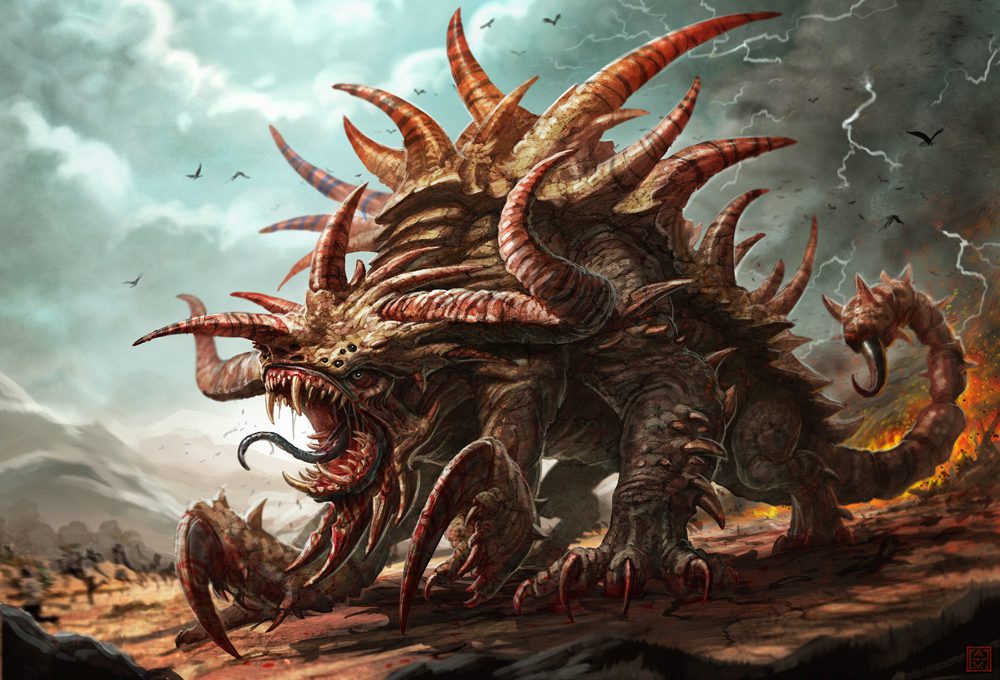 Back in 2004 on the RPG.net D&Dish forums, Thomas T. suggested the idea of a city built around the D&D monster the Tarrasque – which, for those not in the know- is an unkillable Godzilla monster with wolverine like levels of regeneration. (It also serves as the standard unit of measure for min-maxers ie they build hypothetical characters that are > 3TU*.) The basic concept for the city is that, discovering that they were unable to kill the beast, a party of heroes figured out how to contain the monster; chaining and anchoring it with unmoveable harpoons. A fortress was built around the chained creature, and a schedule of ritualized butchering was instituted to keep the creature from ever regaining enough strength that it could break free.

*A TU is one Tarrasque unit.

Within a generation, the wardens of the Tarrasque began to realize the incredible value of its butchery; the meat, bones, shell, horns, not to mention seemingly every excretion & fluid it was capable of producing all had value for purposes both mundane and magical. Food, material for crafting, and the most potent alchemical reagents for poisons, medicines, and other more exoteric creations – the Tarrasque provided it all. The flow of these goods has transformed a tiny fort into economic powerhouse, ruled by elites with a ceremonial vestiges of their former mission but now wholly focused on growing their own coffers. With money, comes competing factions, new risks, and the potential for the making of the greatest tragedy of the 5th Age.

I stopped reading the forum thread after a few entries, not because the posts weren’t great (they were, and judging by the length of of the thread there must be gold there) but rather because I wanted to make my Tarrasque city, because my brain was already obsessing, and I wanted to provide as much insulation for that process as possible.

I really want to make this thing as a commercial project but can’t (I have no way of getting in touch with Thomas T. and of course I don’t want to steal an idea). Probably, I’ll have a variation significant enough to publish on its own someday (like a town built around the corpse of a dead god that’s still regenerating). In the meantime, I wanted to get some of my thoughts out on paper (errr… pixels),

The thread made a composite Tarrasque city and you can view the pdf here.

This is a sketch for my tarrasque city: The City of Salt in Wounds.

The City of Salt in Wounds

Everyone knows how the City of Salt in Wounds (formally the fortress and the city it has become is SalziWUUn, or ‘binder of god’ in the old tongue, but almost none refer to it as such except during official ceremonies and on documentation) came about. But for those who have not visited the city in person, it is hard to conceive of the scale of the place. Hard to understand how wholly the economic engine of butchering the bound… read more here!