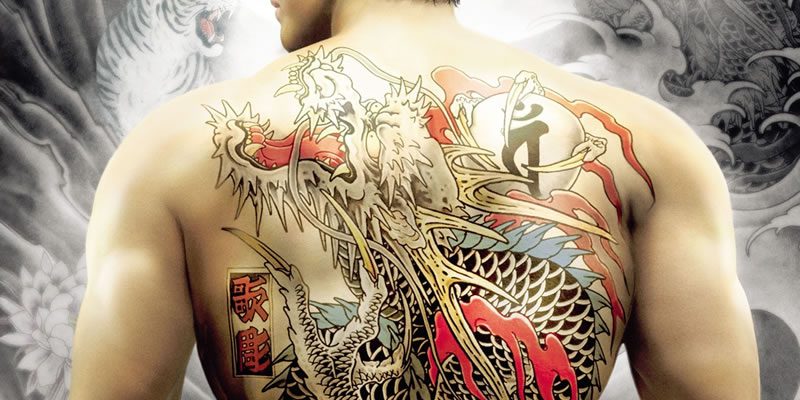 Continuing the Wuxia (WU-she-AH) campaign ideas, I have a Rogue class archetype for D&D 5th edition, the Yakuza!

Many think of the Yakuza as murdering gangsters, that may be what they became after the Edo Period, but they originated as town militia that created order and peace in towns. They did this by creating strict rules and a hierarchy in their local organizations. These groups would fight for power, and create dynamic stories for adventurers. I’ve mentioned my love of Japanese films like Zatoichi the blind swordsman. Yakuza are prominent in that film, and you can see how they can work if you watch it. A great Yakuza theme module to inspire your Wuxia Campaign is Blood of the Yakuza and can be found here: OA4 Blood of the Yakuza (1e) – DriveThruRPG

From AD&D Oriental Adventures, the Yakuza is described as, “…many different things, depending on who is asked. He has been called a protector of the common man, thug, extortionist, rowdy, thief, mercenary, jack-of-all-trades, and even an unofficial police force. He is simultaneously despised and respected, sometimes even supported by the local daimyo. On one hand, he represents the shadowy underworld, directing and controlling illegal activities. On the other hand, he provides protection for the helpless and watches over those under his care. Of course, such paternal care has a price, and it is from this that the yakuza makes his living.¹”

Yakuza are difficult because I think they are a complicated class, because they are on the border of Fighters and Rogues but should follow the Rogue Class. Rogue would be a good fit, except that the three archetypes don’t fit them.  They aren’t assassins, thieves, or arcane tricksters.  They are not full-on fighters either. So a Yakuza would be a Rogue, but with this home-brew archetype starting at 3rd level.  The following details for the Rogue-Yakuza archetype:

The Yakuza is reputedly behind almost every illegal activity from prostitution, game-fixing, and smuggling, to illicit drugs and protection rackets. No matter where you go, people are afraid of you due to your reputation. When you are in a civilized settlement, you can get away with minor criminal offenses, such as refusing to pay for food at a tavern or breaking down doors at a local shop, since most people will not report your activity to the authorities.

You enjoy games of chance, and starting at 3rd level, whenever you make an attack roll, an ability check, or a saving throw, you can choose to roll an additional d20. Before you roll the additional die, you must declare “Chō” (even) or “Han” (odd). If you are able to predict the outcome (even or odd) of the additional die, then the it can be used, otherwise it is discarded. You can choose which of the d20s is used for the attack roll, ability check, or saving throw. You can perform this feature twice, and you regain it when you finish a rest.

You enjoy a good fight, and beginning when you choose this archetype at 3rd level, when you use an Attack action with advantage, then your weapon attacks score a critical hit on a roll of 19 or 20.

Starting at 9th level, you increase your ability to create Kyōfu against an intelligent creature that is your size or smaller. Whenever you perform an Attack action that results in a critical hit then those creatures in a 30 foot radius must save a Wisdom saving throw (DC 8 + Proficiency Bonus + Charisma Mod), or drop whatever it is holding and suffer the frightened condition until the end of your next turn. You can also choose to perform Kyōfu against one creature with a successful Intimidate skill check against the creature’s Wisdom score.

Starting at 13th level, you have advantage on a Dexterity (Stealth) check if you move no more than half your speed on the same turn.

After reaching 17th level, your have become adept at laying ambushes and quickly escaping danger. You can take two turns during the first round of any combat. You take your first turn at your normal initiative and your second turn at your initiative minus 10. You can’t use this feature when you are surprised.