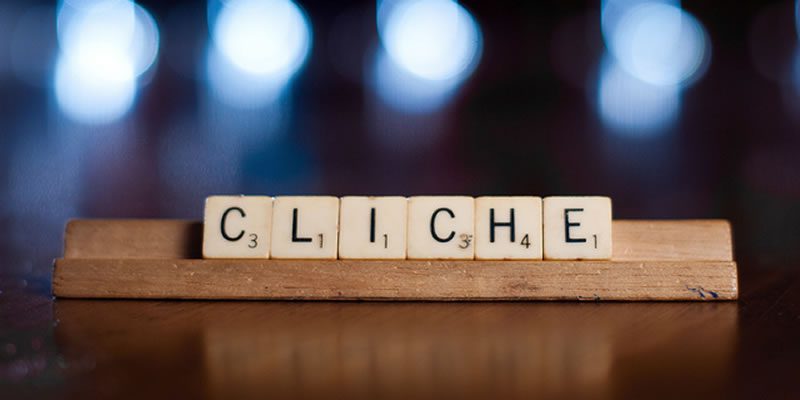 Players and Dungeon Masters alike have all experienced a roleplaying cliché at one point or another. The villain cackles wildly before, during, or after a monologue; a village or town is attacked by monsters for no reason other than it happens to be in the way; a princess has been abducted and needs rescuing; a fallen hero needs to be redeemed; Armageddon is at hand and the chosen must rise; and so on. These are classic themes that have existed in stories and roleplaying from the very beginning. However, I think that these ideas have become a bit passé and we should strive to make the standards of our roleplaying storylines a bit more complex.

One of the things I’m constantly trying to do as I craft an adventure or a campaign is to put a unique twist or spin on things that the players will not anticipate, or at least not very often. And yes, I do realize that this can make for some complicated tales and maybe some last-minute alterations will be in order to fit everything in, but the bottom line is a much more enjoyable play experience for both the DM and the players. All of that being said, I still find myself getting into ruts once and a while and inspiration can be difficult to find. This makes leaning on a cliché very attractive.

I believe that it is important for DMs to realize that adding certain well-worn roleplaying themes to your game can do more harm than good. You, as the DM, are probably not as interested in the game because the story doesn’t offer any real “Wow” moments, your players will be less interested because the plot is stale and predicable, and the characters themselves will be less interesting because they don’t have as good a story to interact with as they deserve. So what follows are five major roleplaying clichés that I have observed over the years, why they are harmful, and how they can be avoided. This is not to say that you can never use these ideas and plot devices in your stories, but if you do please find some way to make them more original. Trust me when I say that the extra effort will pay off.

Thankfully, these kinds of heroes and villains are beginning to be a thing of the past. Characters that are too one-dimensional, rather they seek to make a positive impact or negative impact on the world, just don’t stand up well during the course of a long roleplaying campaign. They soon become boring and players will lose interest and respect for them quickly. Keep in mind that even the most righteous and honorable character should have experienced moments of weakness and doubt in their past where they may have gone astray. Oppositely, even the most despicable and devious of characters may have acted as a constructive force at some point. Do yourself and your players a favor and keep your heroes and your villains flexible and diverse.

2) The Villain Has No Back Story

This is Mr. Soandso and he is the worst person alive. He is never going to stop until all of you are dead and he has the fate of the world in the palm of his hand. Why is he doing this? Because he’s the villain, that’s why!

Sadly I have witnessed far too many DMs create this template for their baddie only to realize that their players will see right through it and cause him or her no end of headaches. It is important for DMs to realize that at least as much work should go into your villains as the players put into their characters and motivations are a big part of that. How did Mr. Soandso get to where he is and what was the contributing factors?  Did someone he loved die? Was his life ripped apart? Was he trained to be this way? Is he being forced to do it by some other person or power? Every minute you spend making that character richer and more detailed will make your players respect and perhaps even fear him more. And even you, as the DM and creator, might puzzle out things you never expected your villain to be.

When we ride into battle everyone we fight dies and we emerge victorious. The words defeat, setback, loss, retreat, withdraw, and failure have no meaning for us. Because we are heroes and all who we deem unworthy are doomed.

This cliché irks me the most because if your heroes never experience a disaster or never have to face a serious downfall, how can their final victory have real meaning? In my mind, heroes of both fiction and reality only become great after suffering tremendous loss. It is precisely because they are able to achieve great things despite their setbacks that they are great and this same rule applies to roleplaying characters. DMs should rarely let their characters breeze through adventures without a serious challenge or the occasional defeat. If you never temper their victories with hindrances, you are essentially leeching away the satisfaction the players will experience when the glorious final moment arrives.

4) Never Break Up The Party

We are one big happy family and are never more than a shout away from each other. We eat together, we sleep in the same camp or inn, we fight as a unit, we shop in the marketplaces as a group, and should anyone go astray we will drop everything until they are retuned to us.

At some point, “never break up the party” became a mantra of roleplaying. I suppose it was originally started by players who realized that there was strength in numbers and dividing the group made them all much easier to kill. But over the past few years I see many DMs adapting their stories to this philosophy and it is disturbing. Sure it can be a pain in the butt for the DM to keep track of two players drinking at the inn, while two others go off to purchase horses, and two others decide to start a fight with some street thieves. The story gets complicated quickly and multiple tracks can lead to difficult to untangle situations. However, to not allow a bit of separation from time to time is confining and can cause the players to feel less empowered in a game where choice and freewill are supposed to be a high priority. I believe that key here is to allow it to happen when it seems natural and to not be afraid of putting a few players “on pause” while you deal with individual tracks.

We know that no matter what happens everything will work out in the end. After all, we are the heroes and heroes always win.

Out of all of the clichés I see in roleplaying this one is the most popular. It’s no doubt because it is the hardest to break. Almost no DM wants to end their adventure or campaign on a sour note and no player wants to put dozens of hours into a game that he/she will eventually lose. It’s almost inconceivable that the story should end any other way but I would challenge you all to consider the opportunity. In my mind, there are a few interesting ways this could be accomplished without causing the players to mutiny and place the DM’s head on a spike. What if, after your devastating loss, you roll up sons, daughters, and relatives of the fallen to avenge their deaths? What if the destruction of a good alignment group leads into the creation of an evil alignment group to take their place or vice versa? Or perhaps it might be possible to pull some kind of “The Sixth Sense” twist and reveal that your characters were really dead all along.

Hey, I’m not saying it would be easy, I’m just saying that it is possible and it would definitely get your players’ attentions.