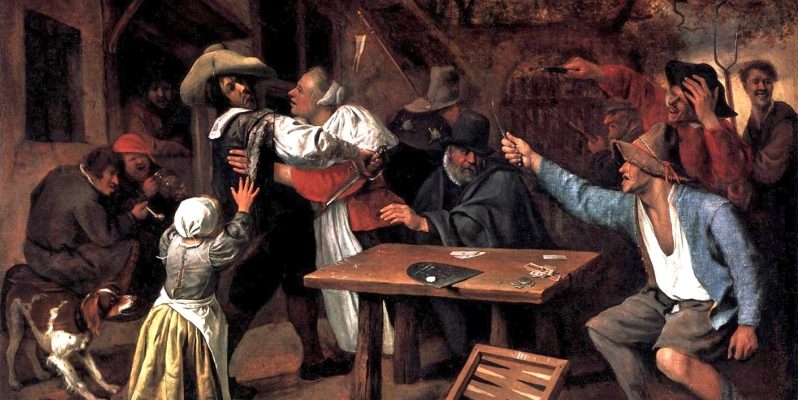 Sometimes DMs like to add a little something extra to their games. Sometimes these extras are fun and add significantly to the playing experience. Other times they can seem a bit too much and aren’t well received. Not to mention that every individual player has his or her own tastes and what one finds delightful might be excruciating for another. It really does come down to personal preference and finding that middle ground, where the players and the DM are in agreement, can be a challenge.

For me, it’s all about focus. Does the “extra” being added take focus away from the game or does it add emphasis? In other words, is the extra a distraction from the story/combat or does it enhance the event? If most of the group can agree that it is a distraction, then it really shouldn’t have any place at your table.  On the other hand, if most of the group agrees that the extra is benefiting the game then it should be paid attention to and incorporated as best as possible.

What follows are three examples of what I mean by extras and I have also listed some of the positive and negative aspects of each:

Playing Music in the Background

Over the course of my DMing career, this extra has come and gone quite frequently from my games. There is something to be said for powerful music being played as the players storm the castle or soft tones tweeting away in the background as they visit a town or village. There is also something to be said about it causing major distractions. Classical, metal, pop, movie soundtracks, techno, rap; it really doesn’t matter as long as the group agrees that it fits.

The reasons to like this extra are easily apparent as music can be powerful stuff and convey emotions that the DM might want the players to feel. It can also add greatly to the atmosphere of a session and give the game a higher production value.

The reasons to avoid this extra lay in  bad communication and inadequacy. Maybe the music being played doesn’t fit the mood of the moment; maybe the music becomes a distraction because players have associated certain songs with other memories in their lives; maybe the DM’s musical tastes don’t match well with the players’ tastes; or maybe certain players have a hard time listening to both music and the normal happenings of the game at the same time.

In this instance, I’m not taking about a few figurines on a grid map or whiteboard; I’m talking about full sets of miniatures laid out on elaborate tiles with three-dimensional sets and scenery. Some DMs like to use these miniatures to make combat easier to follow and add another dimension to their game, other folks feel that miniatures take away from the “theatre of the mind” aspect and can lead to roleplaying games getting away from their true purpose.

The reasons to include this extra are many. These sets and miniatures are eye candy for players as they look fantastic. The options for putting together scenarios are endless and new products are becoming available every day. They provide an in-depth play experience and allow players to fully engage in combat situations. Miniatures also provide the strategic and “arm-chair General” types of players an excellent stage to employ their skills.

The reasons to dislike this extra have a lot to do with how people want to play. It is a popular opinion that miniatures change the nature of the game and turn roleplaying into something it’s not meant to be, such as a miniature game like Warhammer. If the players are going to start spending more time playing with their miniatures than they are with their characters, some would say that the point of a roleplaying game is being lost.

Laptops, Smart Phones, and Tablets at the Table

Technology is everywhere. It has become almost irreplaceable in our daily lives and can be viewed in the hands, on the tables and desks, in the ears, and in the pockets of billions. It is now integrated with almost every action we take and with it has come a whole new set of benefits and burdens, especially for roleplaying games. Some folks have embraced the change and use online tools, digital maps, websites, social media, texting, and 3D imaging to enhance their games. Other people see technology as something that should remain separate from roleplaying and stick with the tested and true use of hard copy books, pencils, and paper. After all, if it isn’t broke why fix it?

Players and DMs love this extra because of its versatility and ability to enhance almost every aspect of the game. Maps can be full color, practically unlimited in size, and even 3D; digital miniatures can number in the thousands if the DM wishes; phone texts can replace folded notes in a much more convenient and covert ways; social media allows players to meet up after hours and discuss/share ideas, jokes, and strategy; and online tools and websites allow DMs to be more efficient with their time and they give an endless amount of inspiration and discussion for everyone to absorb. (Just like this article!)

The reasons to reject this extra mostly stem from a desire to keep players focused on the real game. When players or DMs are spending just as much time staring at their phones or tablets as they do the map or their books, there is a problem. Most DMs would also agree that a player looking up a character name or some kind of historical reference is fine but playing Candy Crush or Clash of Clans between combat rounds is very disrespectful to everyone else.

Honorable mention should also go out to many of the gimmicks I’ve previously talked about in (this) article. But generally, I believe that any or even all of these extras can be successfully incorporated into a roleplaying game given the proper presentation, group of players, and circumstances. The most important thing is that the players and the DM communicate honestly with each other and find out what works and what does not. Experimentation may be required and I would like to emphasize that you should always feel free to try something new and/or different. You never know when you might stumble upon something wonderful.