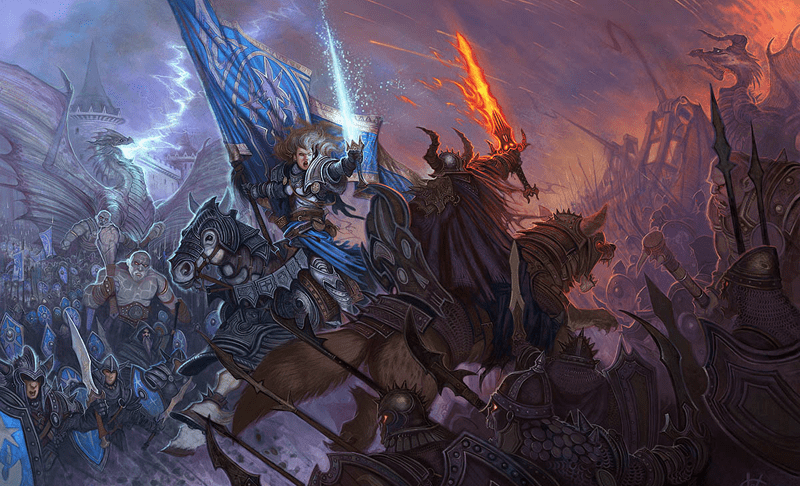 Mike Mearls has released the second Unearthed Arcana article on the official D&D website! It’s the second in the monthly series and this month looks at the Mass Combat Rules for D&D. A nine page PDF download is provided with info providing rules for a battlesystem to handle “When Armies Clash”.

This content was originally planned to be part of the Dungeon Master’s Guide, but it didn’t make the cut since due to the need for more playtesting (according to Mearls in this previous story about mass combat we posted). Whether it was additional playtesting, trimming page count or deciding (correctly) to focus on delivering the rest of the DMG… we get now get Mass Combat rules for free and the rules look pretty good.

“The D&D combat rules in the Player’s Handbook are designed to model conflict between small groups—an adventuring party of perhaps three to six characters against monster groups that rarely exceed a dozen creatures. Combat on this scale keeps the focus squarely on the adventurers.

In some D&D campaigns, though, the story might hinge on battles involving dozens or hundreds of monsters and warriors. In this second installment of Unearthed Arcana, we build on the standard combat rules to model conflict on a much larger scale, allowing players and DMs to control whole armies. At the same time, these rules for mass combat allow individual adventurers to lead an army’s charge against an enemy regiment, rally dispirited soldiers to rejoin the fray, or defeat powerful enemy monsters or leaders.”