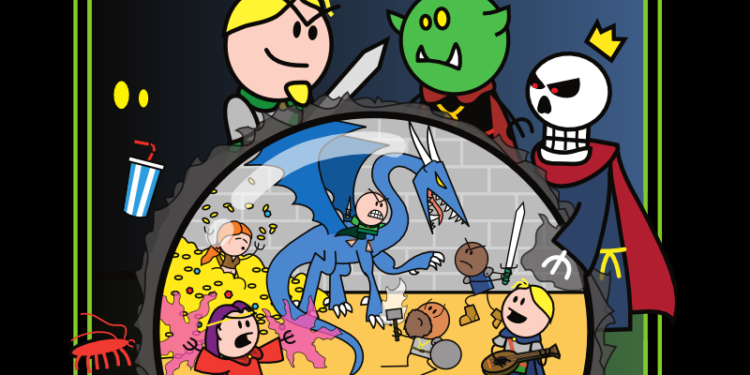 Comic Corner looks at a different tabletop RPG inspired webcomic each week. This week’s featured webcomic is The Order of the Stick.

The Order of the Stick (OOTS) is a webcomic written and drawn by Rich Burlew that began way back in 2003 and now has over 1000 episodes. OOTS is mainly distributed online through the website Giant in the Playground. In addition, the comic has been collected seven books, including several print-only stories (On the Origin of PCs and Start of Darkness). The strip has appeared for 22 months in Dragon magazine for 22 issues.

The main characters are:

OOTS follows the adventurers of six PCs as they work to save the world from Xykon, an evil lich sorcerer. The main characters are aware of game rules and modern culture, which is used by Burlew to parody RPGs and the fantasy genre in general. The comic balances humor with a continuing storyline that winds through a variety of plot arcs over the 1000+ episodes

Using Flags in Your Game P2

D&D Stream of Many Eyes on Twitch ...