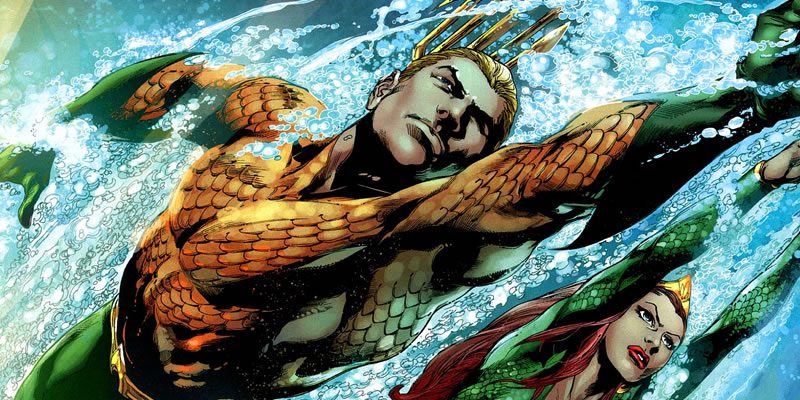 This 5th edition fighter-based mariner is inspired by the ranger-based class introduced in one of my favorite Pathfinder supplements, Cerulean Seas, and credit goes where credit is due. Huge thanks to Emily Kubisz and the team at Alluria Publishing.

The mariner is an aquatic warrior trained for speed. Mariners use their superior mobility to take the fight to their opponents and keep them off balance. A fighter built for maneuverability from a non-aquatic setting is called a skirmisher and follows the same rules (choosing the climbing option for No Escape at 3rd level). In addition to this archetype, the mariner commonly takes the new fighting style presented below at 1st level.

No Escape
When you choose this archetype at 3rd level, you may use your reaction to move up to half your speed when a creature you can see that is hostile to you moves. This movement provokes attacks of opportunity normally. In addition, you gain advantage on Athletics checks you make while either climbing or swimming (your choice).

Built for Speed
At 7th level, if you are not wearing heavy armor, your base walking speed increases by 10 feet. You may instead apply this bonus to any swim, climb, or fly speed you possess as part of your race.

Evasion
At 10th level, your instinctive agility lets you dodge out of the way of certain area effects, such as a blue dragon’s lightning breath or a fireball spell. When you are subjected to an effect that allows you to make a Dexterity saving throw to take only half damage, you instead take no damage if you succeed on the saving throw, and only half damage if you fail.

Sprinter
At 15th level, your agility and combat awareness allows you to move at speeds other fighters envy. You can take a bonus action on each of your turns in combat. This action can only be used to take the Dash, Disengage, or Help actions.

Flow like Water
At 18th level, your base speed (or movement mode chosen at 7th level) increases by an additional 10 feet as long as you are not wearing heavy armor. In addition you become proficient with Dexterity saving throws if you aren’t already.

Skirmisher
After you move at least 20 feet during your round, you gain either a +1 bonus to AC or a +1 bonus to weapon damage until the beginning of your next turn.

Developer Notes: After playtest feedback, several traits have been adjusted from their original appearance at www.gameschangelives.com.

We’re always looking for playtesters for our races, classes, archetypes and other designs here at Tribality. Wizards had the benefit of 175,000 playtesters over 2 years to get their ideas to the table; clearly we don’t have that luxury. Each of our builds are as balanced as we can design with a small playtest group and over a century of cumulative gaming XP. We are always excited to hear when players get these ideas on the table and provide us with constructive ways to make them better.