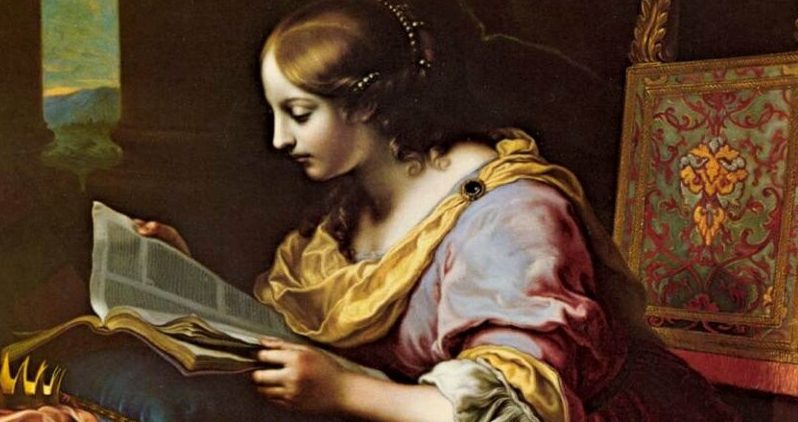 What fantasy or science fiction series first got you hooked onto the genre? Which author or combination of writers are your favorite or at least have a special place on your bookshelf? When you play or run roleplaying games, how do your preferences in literature influence you?

When I sit down and have conversations with fellow roleplayers and DMs, I’m often amazed at how few people got into fantasy and science-fiction through gaming. It seems that the overwhelming majority, at least for my generation (1980s), got their first taste of fantasy and science-fiction via novels and short stories. On a personal note, I can remember eating up the books of R.A. Salvatore, The Star Trek – The Next Generation Series, and The Star Wars Universe Series on a daily basis during my elementary and junior high years. It wasn’t until after I entered high school that I was introduced to D&D and roleplaying and this seems to be the norm for many players.

That being said, I can say with certainty that what I have read in the past and what I continue to read today influences my games and my campaign building in fundamental ways. I suppose that a big part of it lies in the fact that I get excited about books. Good stories with good characters are worth a lot to me and I use roleplaying as a vehicle to share some of my excitement and appreciation with other players. Just as it is important for teachers and mentors to be passionate about the subjects they teach to students, it is equally important for DMs to be passionate about the stories and characters they present to their players.

So, if you are looking for inspiration or are interested to know what stories have inspired me, here are six fantasy/science fiction series and authors that have shaped the way I play and create my games. Honestly, I could easily expand this list to a dozen or more but I feel that these six have had the greatest impact. I hope they do the same for you.

(In no particular order)

The Legend of Drizzt Series by R.A. Salvatore

What began as the tale of the companions in a Lord of the Rings type story has evolved into an epic and sweeping series following the life and adventures of D&D’s most famous Drow. Along the way the reader is treated to exotic locations within the Forgotten Realms setting, enduring characters of various races and cultures, driving action, heart wrenching setbacks, and amazingly detailed swordplay. R.A. Salvatore remains, in my mind at least, the master of making combat jump off the page. He also has a good humor and a flowing narrative that make his works both accessible and addictive.

A Song of Ice and Fire Series by George R.R. Martin

I first read this epic back in 2005 when the HBO series was just a twinkle in some producer’s eye. But even back then I was captivated, horrified, and smitten with the intrigue and enthusiasm Martin brought to the page. His willingness to go to any lengths, both negative and positive, to get a reaction out of the reader is commendable. He is also one of the forerunners of a new type of fantasy that is redefining the genre as we speak. It’s grittier, more dynamic, and fairly unpredictable. To use an oxymoron, it’s more realistic fantasy.

Various Star Trek – The Next Generation novels by Peter David

Peter David is one of those unique writers who can shift from drama to comedy on a dime and not miss a step. This is part of the reason why his writing spans several mediums such as novels, comic books, television, and video games. His prolific writing in the expanded Star Trek -TNG Universe can be noted by his ten novels including Imzadi which holds the title for the bestselling offering of the series. His stories have a strong feeling of heart to them and often tackle tough social issues and ethics without becoming opinionated. His characters, even his alien ones, practically wear their humanity on their sleeves.

The Wheel of Time Series by Robert Jordan and Branden Sanderson

Despite some criticisms that this series is too plodding and quite low-action, The Wheel of Time is one of the most popular and bestselling fantasy series of all time. This is due in part to its wonderful characters and powerful themes. Unlike many other authors who want to give you the fast-food version of fantasy, Robert Jordan likes to slow cook his ideas giving them the time to become savory. For fans of his writing, the massive set-ups and explanations are quite acceptable when the payoffs start to arrive. The perfect example being the final book of the series which is cover-to-cover the largest and most epic battle between good and evil I have ever read. That credit going mostly to Mr. Sanderson who finished Mr. Jordan’s work after his passing.

Just one section in a much larger series, the four books of the Serpentwar Saga has all of the makings of an amazing fantasy campaign. It has unique and evolving characters, high-stakes battles and personal conflicts, action, adventure, mystery, and magic. Raymond E. Feist is one of the best at creating characters you can identify with and he’s also very good at putting those characters to the test. No one ever ends up where they started and their experiences usually leave them wizened, weary, or perhaps even in their graves.

Before Disney and J.J. Abrams took over, this series was the closest Star Wars fans had to a sequel for the original movies. It had the right tone, the right themes, the fast-paced action, and it got the characters right. The only flaw I saw, compared to the movies, was the fact that it might have been too humble and not epic enough. But Mr. Zahn’s writings must have had a fairly large impact on the Star Wars Universe as some of the characters, locations, and events in these novels became canon for dozens of stories, games, animations, and products to follow. The most important lesson that I personally learned from reading these books was how a villain, in this case Grand Admiral Thrawn, could be so deadly and effective without getting directly involved in the conflict. To sum it up in a cliché: brains over brawn.

Do you want to mention a series or an author that inspired you? Please comment below!