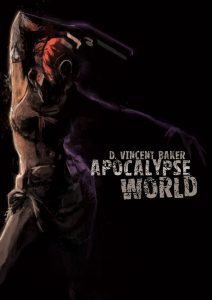 Apocalypse World is a game that focuses on the themes of ‘survival’ and ‘relationships.’ It’s also an extremely lethal game which is my personal preference for post-apocalyptic story telling. Another unique feature of Apocalypse World is that the setting is supposed to be fleshed out via character generation, with GMs not doing any manner of preparation beforehand. Apocalypse World has also won a ton of awards.

Considered to be more ‘mature’ (grim-dark) than most other post-apocalyptic games, Darwin’s World includes real life deformities and genetic diseases to portray characters. Darwin’s World began as a 3rd edition adaptation, then transitioned through d20 modern, and Savage Worlds rulesets. 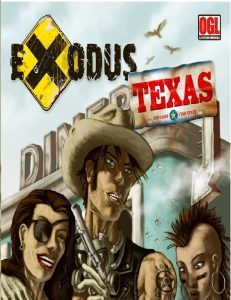 Originally based on a Fallout license (and I would still love to see an officially licensed tabletop RPG) Exodus decided to move forward with their game even when legal issues required them to remove all references pipboys, vaults, and so on. Based on a d20/ogl core, the gameplay should be fairly accessible to any regular players of D&D 3, 3.5, or Pathfinder. 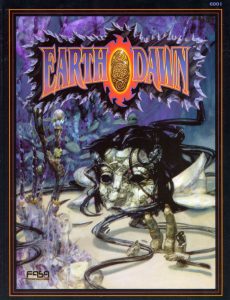 I found out about this when I wrote my Dungeons as Fantasy Fallout Shelters article, and now I really want to play it. The basic conceit for earthdawn (which is canonically the historical basis for the Shadowrun universe) is that at regular intervals magical catastrophes/incursions happen, so that people must take shelter in elaborate underground complexes. The PCs are generally people recently emerged from their shelter, exploring a remade world and perhaps discovering what’s happened with the other shelters (spoiler alert – everyone is happy and doing just fine!). 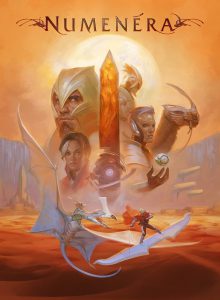 Launched via an extremely successful kickstarter campaign from industry legend Monte Cook, Numenera takes the whole concept of ‘post-apocalypse’ and turns it up as far as it will go. It’s a billion years in the future, and eight great civilizations have suffered apocalypses (or ascended, or transcended, or something) and each has left incredible, indelible changes to the planet. Entire continents have been remade, and the sand of that ancient desert might have been the circuitry of a nation-sized super-computer worn to dust via the wind. I really enjoyed Numenera just for how weird and numinous everything in the game is – you really get a feel for being explorers of an unknowable past.

So which RPGs did I miss? Which post-apocalyptic RPGs are your favorites? Be sure to answer in the comments.

Future History of the Classes