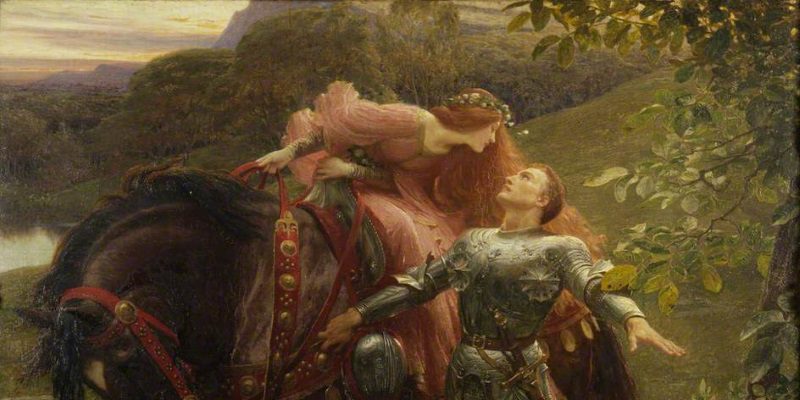 Last time on “History of the Classes,” we looked at the various Paladin iterations and conceptual cousins found in Advanced Dungeons & Dragons (First Edition). Unearthed Arcana and Dragon Magazine meandered away from the class’s roots, in some ways, so Second Edition takes up the task of returning to those roots, both thematically and mechanically. In short, 2e’s Paladin is almost enough like the 1e Player’s Handbook Paladin to make that the whole of the conversation.

Obviously I’m not going to do that, though! The 2e Paladin has all of the features we’ve come to expect, with some clarified language (because Zeb Cook, and/or his editor Mike Breault, appreciated clear language, where convoluted and abstruse grammatical contrivances are indubitably the form that is preferred by Gygax and his editor, presumably Mike Carr). The meaningful changes:

The Player’s Handbook doesn’t give us much else – I’m actually surprised at how brief the text is. There’s no thematic shift, just a slight adjustment in player guidance as to how to not ruin everyone’s fun by being a My Way or the Highway kind of asshole. On consideration, I think the real surprise and oversight is the total silence of every DMG ever written on how to guide paladins, thieves, assassins, and similar diametrically-opposed characters into cohesive, mutually-enjoyable play. Likewise, advice on how the DM can shape the Paladin player’s expectations for the coming session or campaign. A lot of tears and recriminations could be avoided with a page or two of text. In my own 5e campaign, one of the players has just created a paladin, and we had a lengthy version of this conversation.

This brings us to the Complete Paladin’s Handbook, the one major expansion of the Paladin class within 2e. Between this book and 2e’s many settings, it’s strange that no one ever got any further outside-the-box with Paladins. Of course I’m viewing this from a modern context; 4e’s builds and 5e’s subclasses often turn a class into something quite remarkably different, where 2e’s kits were written much more conservatively.

Most kits come down to an atypical relationship with local political authority figures, either closer or more estranged. There are also kits to slay one particular type of opponent; I pity the first-level Wyrmslayer, because it’s hard to feel good about beating up chromatic hatchlings, and everything else is suicide. (Interestingly, the Wyrmslayer receives what 3.x will call Improved Evasion when armed with a chosen shield. To my knowledge this is the only appearance of this ability in 2e.) But then, it’s also the most hilariously egregious powergaming kit I’ve ever seen: if you succeed in slaying a Wyrm or Greater Wyrm-rank dragon, it suggests that your mount might transform into a young silver dragon. I would like to suggest that if this happens, the mount is now the more interesting character, and that player is suddenly playing in Council of Wyrms.

Ultimately the kits are useful, but not in the way the book intended. Showing different societal roles (including Outsider roles) for Paladins is incredibly useful in establishing their concept within a setting. The wonderfully evocative nature of the “demipaladin” kits – dude, I would kill to play Balin as a dwarven forgelighter paladin – only serves to make clear what I am sure the writers secretly knew: racial restrictions on the Paladin class are stupid and the whole game would have been stronger for dumping them.

The book reintroduces restrictions from 1e that are not otherwise attested in 2e: a bonded mount serves no more than ten years. To be fair, I’ve never had a D&D campaign run more than ten years of in-game time. Only in Pendragon, which the Complete Paladin’s Handbook aspires to be in many small ways, did we cover much more time than that; our run of the Great Campaign spanned two generations, to the point that the second was nearing their own retirement.

It’s interesting how tightly this book conflates paladinhood and knighthood: most of the directives are based on a knight’s social standing, obligations, and the like. It’s not just Eurocentric – it’s pretty specifically French and Norman English feudalism. I suppose it does give the writers a way to fill out the book, because that’s the whole of Chapter Seven.

The book tackles, without successfully clarifying, the complex and layered problems of playing a Lawful Good character from a society that might not be Lawful Good in nature. Attempting to classify these things in the first place is the problem – a society and a character may proclaim themselves as exemplars of Law and Good (unless they are self-aware to the point of cynicism, most of them probably think this is the case), but this spirals into meaninglessness when you drill down past the most superficial layer. It presumes that the Paladin has a personal code of ethics that is influenced by their culture in some places and absolute in others – the inconsistency is jarring, and sure to cause still more arguments at the table.

Frankly, the book is rife with advice that pushes Paladins away from moral or ethical behavior. Some of these are matters of modern sensibility: “A paladin with the Law proficiency won’t defend anyone he believes to be guilty.” So the paladin takes it upon himself to make a judgment before any trial has occurred, and won’t look any deeper to make sure no injustice is taking place? If the DM uses individual XP rewards by class, the paladin gets XP for persuading someone to change alignment to Lawful Good… but only if they were previously LN, NG, TN, or CG. Because paladins aren’t permitted to associate with Evil characters (and presumably all CN characters belong in a madhouse). It’s still better to convert than destroy, so you’ve got to open the door to paladins breaking bread with the worst of sinners.

To get a bit more to the point, Christian ethical teaching does not square well with mechanical alignments, and this book tap-dances around simply outlining Christian ethical teaching as paladin doctrine. It needs to either embrace this, or fully avert it by presenting paladins from something that isn’t Western Europe. I do like the extended historical sidebar on the Peace of God and the Truce of God – these are responses to large-scale, real-life murderhoboism, and I would enjoy a campaign that explored that model (because I don’t enjoy murderhobo gameplay, and so the historical reality that quelled it is particularly interesting).

Anyway, the Complete Paladin’s Handbook inverts the normal model of 2e’s Complete line: it goes into such depth on one view of the Paladin that it narrows the class as a whole, rather than broadening its themes. It focuses on Western European knighthood to the exclusion of other concepts, with just a few high-fantasy concepts that are definitely wrong for many campaigns thrown in on the side – Skyriders (does what it says on the tin) in a dungeon-crawling campaign, for example. If what you want is a deep exploration of the Western European flower of chivalry, specifically in a D&D context, you could do a lot worse than the Complete Paladin’s Handbook.

In examining the classes, I like to include Skills and Powers as part of 2e because, well, it was part of 2e, but it seldom adds much to the conversation. Nowhere is this truer than the Paladin class. The additional options offered to the Paladin in the point-buy format are few in number and not really expanding the territory mechanically. Weapon Specialization is certainly the most exciting of the three new options, from a strictly powergaming perspective; a bonus to saves against poison or saves against charm effects cannot remotely compete. Also, feel free to not buy the ability that only works if you get a holy sword, because let’s face it, a class ability dependent on a very rare magic item is low-hanging fruit when you’re looking to cut corners.

The kits of Skills and Powers are an interesting and quite clear precursor to 5e’s Backgrounds. Mechanically, they’re a mess, and thematically, they are great examples of the classist biases of 80s and 90s D&D. But if you stayed at only the most superficial level and cut out the obvious “best” kits, then you could sort of get some use out of this by choosing a kit that isn’t normally attached to a paladin. Of course, you may have to talk your DM into overlooking some of the class restrictions on kits, because this is 2e and they never met a restriction they didn’t like.

Taken together, 2e’s books see the Paladin as a holy knight, rather than any other kind of divinely-reinforced warrior. While they’re just rules and the vengeful ghost of TSR doesn’t punish you if you ignore some of them, the rules bar the way toward any expansion of that concept into other cultural idioms. Still, I can appreciate that the class is designed to handle one concept really, really well, and 2e did a whole lot to spread that concept to all fantasy games from thenceforth, simply doubling down on the groundwork of 1e. At the same time, though, it’s the mechanics of 3.x that have most informed modern video gaming… so tune in next week.